A comparison of the best antivirus for Windows 7

AV-TEST has made an interesting comparison that has allowed them to see which the best antivirus are for Windows 7 that you can find in the market.

Yes, we are aware that there are more current operating systems, such as Windows 8.1 and Windows 10, but the reality is that today Windows 7 continues to lead the OS market for general consumption, and by quite a comfortable distance, a situation that doesn’t look like it’s going to change any time soon.

This clearly explains why the AV-TEST has wanted to focus on that operating system when doing the tests, for the popularity and market share that Windows 7 has.

As shown in the comparative table, three major aspects are valued that influence the final score of each antivirus. On one hand we have the level of protection, while on a second and third place there’s the performance and usability, respectively. 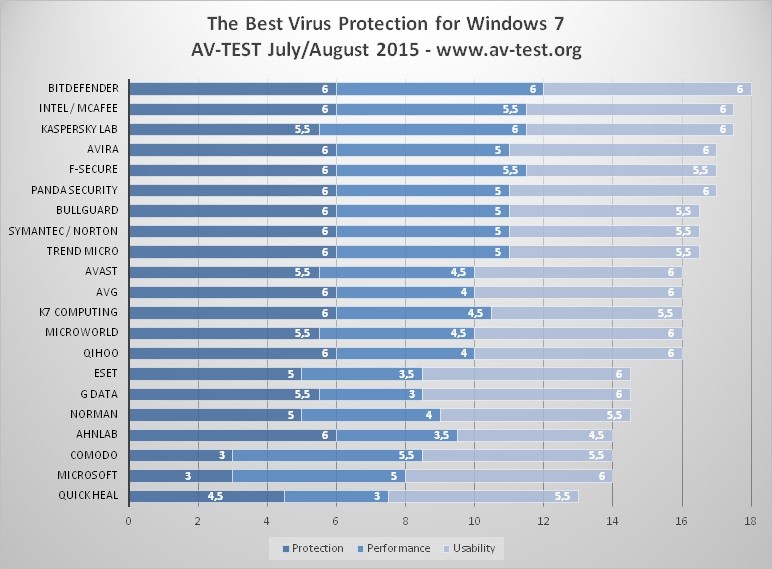 Based on these three elements, the three best solutions for general consumption are BitDefender, Intel / McAfee and Kaspersky Lab, while for corporate solutions BitDefender and Intel McAfee are still there, but the first position is occupied by Trend Micro. 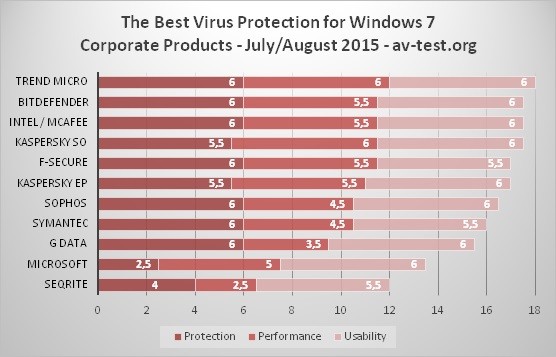 Conversely, in the last positions we have the Microsoft security solutions and Quick Heal for consumption, and Microsoft and Seqrite in the professional sector.