AMD is showing signs of life after a long season in which they didn’t present anything new of significance. Since they still haven’t released the new R9 390 Series graphics cards (and not the refurbished ones presented as the 200 Series), the new APU A10-7870K is a breeze of fresh air. This is actually an update of A10-7850K, with some slight improvements, but it’s still the Kaveri architecture with Steamroller cores.

When it comes to the processor, the cores work from 3.9 GHz to 4.1 GHz turbo speeds. The GPU now has a speed of 866 MHz (an improvement over 720 MHz), it supports DirectX 12 and keeps the rest of the features (512 processing units, 32 texture units and 8 rendering units). It may be a noticeable speed improvement over the A10-7850K, since its costs is now from $137.

AMD puts the look with this processor to players of online titles such as League of Legends, DotA 2 or Starcraft 2. They promised a few frames per second, at 1080p of 89, 49 and 35 fps respectively, at full quality. Indeed better than the combination of a Core i3-4130 and an Nvidia GT 740 graphics card. 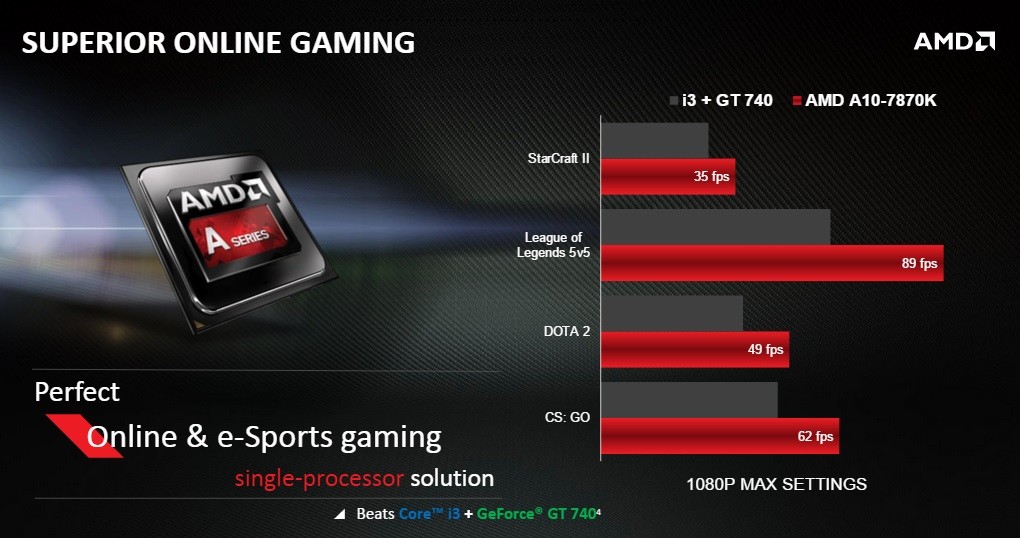 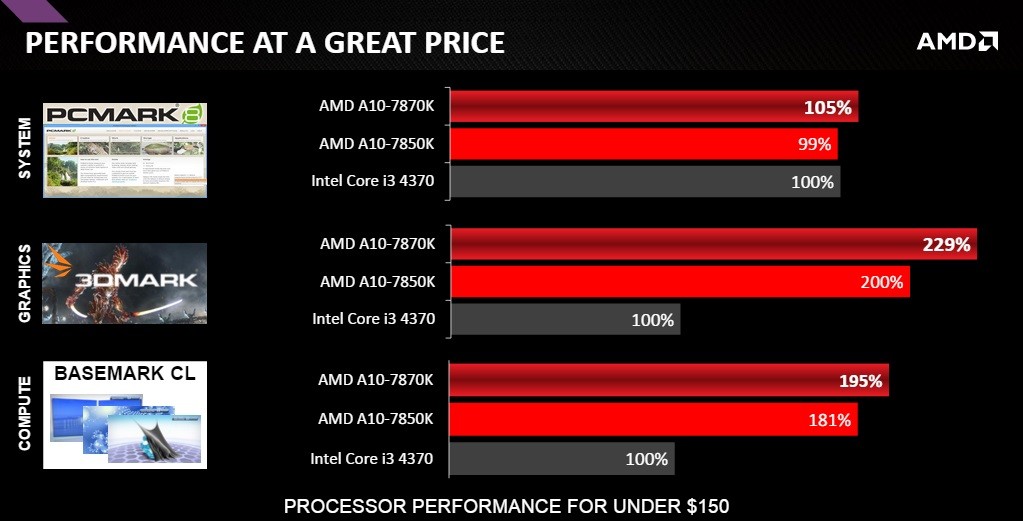