ASRock has its LGA 1151 motherboard compatible with Intel Skylake processors

In spite of the delay the launching of Intel Skylake processors has suffered, it looks like ASRock is preparing its machinery to receive the sixth generation of Intel processors with open arms. At the Embedded World 2015, the company has shown a motherboard for industrial applications that has caught the attention for including the new LGA 1151 socket.

This socket is prepared to support the new Skylake processors manufactured at 14 nanometers that will come to replace the current Haswell and Broadwell (if the desktop version isn’t finally cancelled).

The ASRock IMB-190 is a motherboard in Mini ITX format with support for the next Intel Core i3, i5, i7 and Celeron based on the Skylake architecture. They support DDR3L memories in SO-DIMM format, something that comes to confirm the support for these type of memories, besides the new DDR4. 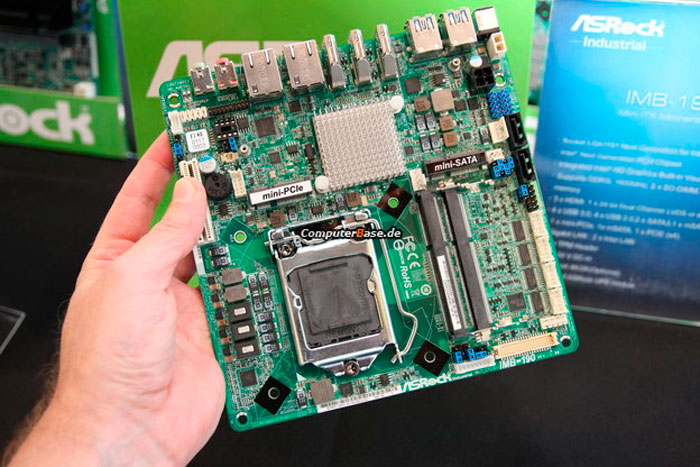 We get two Gigabit Ethernet ports, a PCIe x4 port, another mini-PCIe and a mSATA, in addition to USB 3.0, USB 2.0 and SATA III ports. For the video output of the CPU integrated card we find three HDMI and an eDp port.