If you lower the consumption on notebook’s graphics cards and you increase their performance, making it inevitable for manufacturers not to wanna show muscle with machines like the ASUS ROG RX800. Based on the design of the RX700 with an external liquid cooling system and Intel’s Skylake processor K series with an unlocked multiplier, the RX800 includes nothing more and nothing less that two new generation NVIDIA GeForce GTX 1080 running in SLI to become the world’s most powerful laptop.

It’s not only competing for the record of the world’s most powerful laptop, but also achieves another record, of being the first portable 18-inch screen with a 4K display, a screen that with it’s two graphics cards will have no problem running even the most demanding games. It uses an IPS panel and supports G-SYNC. 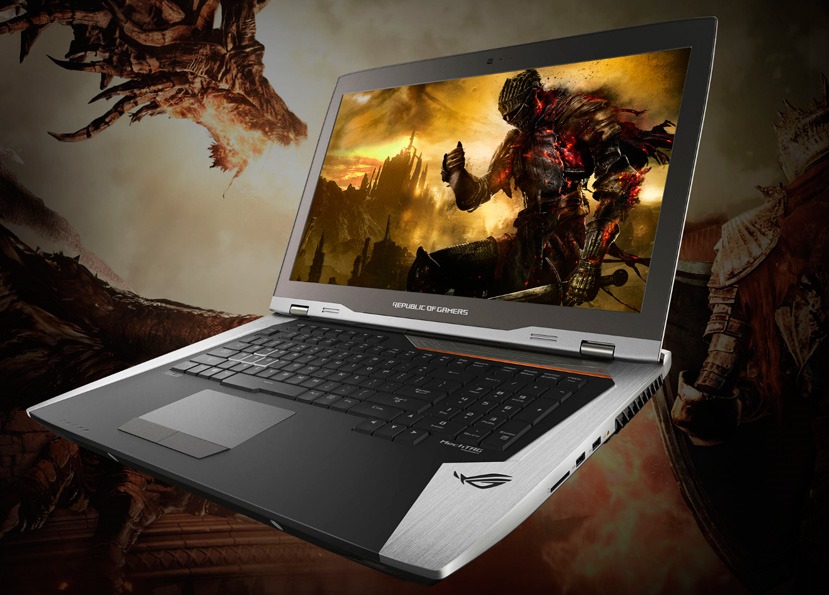 With these specifications, the ASUS ROG GX800 remains above many desktops in terms of power and is the ideal machine for virtual reality systems such as Oculus Rift or HTC Vive at the highest quality settings.

We can also highlight its mechanical low profile keyboard MechTAG with its AURA RGB lights and detection of up to 108 keys pressed simultaneously. It also has a 2.5 mm key range. Other details include Thunderbolt port 3.0, USB 3.1, WiFi 802.11ac with an external antenna, a sound system 3W with four speakers, a DAC Sabre HiFi and a bag for transport.