Avast vs AVG: Which is better? 20$ more for the same thing?

While the paid versions of Avast and AVG use the same antivirus engine, they differ greatly in price: AVG retails for 99.99$ whereas Avast retails for 119$. Why is there such a difference in price between these two applications? We decided to find out…

Avast is a very popular brand in the USA, namely because of its free antivirus protection service: Avast Free Antivirus. Two years ago, this Czech software developer was bought out by its main rival in the world of free antivirus protection, AVG (which is also a Czech company). While both of these brands have preserved their respective visual identities (different user interfaces), technically, they both rely on Avast’s antivirus engine.

The richness and efficiency of Windows 10’s built-in protection have made using third-party antivirus software less necessary than ever before (see how to choose an antivirus). As a result, antivirus developers are struggling to survive. In an effort to promote their products and encourage clients to pay for their software, they are now resorting to aggressive (and unpleasant) marketing tactics. In order to justify the utility of their paid products, antivirus developers are offering an ever-increasing number of incidental services along with their software, such as performance optimization, password management, VPN access, etc. 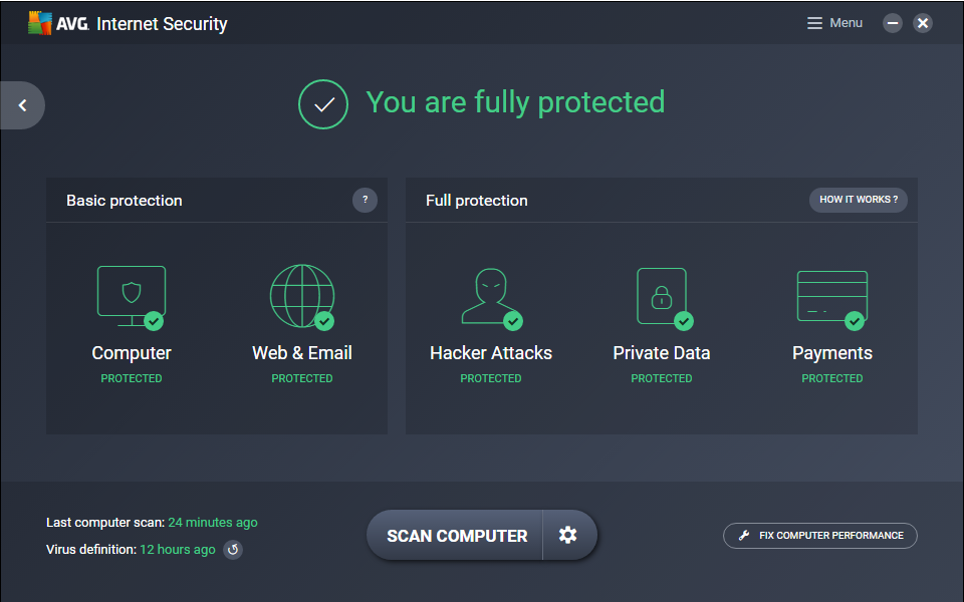 What’s the difference between these two applications?

Nowadays, Avast and AVG both call the paid version of their respective software “Ultimate” edition. Both applications include so many different defenses and utilities that it is difficult to compare them. The following table will give you an overview of the functionality of each software suite:

As you can see, both of these applications offer very comprehensive protection even though, on paper, AVG’s suite is less complete; it lacks some of the features offered by Avast: a password manager (AVG sells an optional password manager, but there are many other paid and freeware applications of this type on the market), a built-in VPN (AVG offers this as an option, but there are many other more interesting alternatives available – see our VPN comparison), a network vulnerability analysis utility (more of a gadget and not very useful), Avast’s “Secure Browser” (which hardly anyone uses), an “anti-tracking” extension (which can be replaced by a number of equivalent extensions: AdBlock, Ghostery…), and a Sandbox (a highly technical utility which is very seldom used).

Which of these applications is the most efficient?

Do these shortcomings have any impact on the efficiency of AVG’s antivirus software itself? The short answer is “no”. The following laboratory tests tell the full story…

The latest test conducted by AV-Comparatives gave both of these suites the same score of 99.6% AV Test‘s latest comparison concluded that these two suites are nearly identical – giving them both a score of 5.5/6 for protection, 5.5/6 for performance, and 6/6 for usability.

In conclusion, both of these suites are identical in terms of their defensive capabilities. Consequently, the least expensive of these suites (AVG) has a clear advantage. 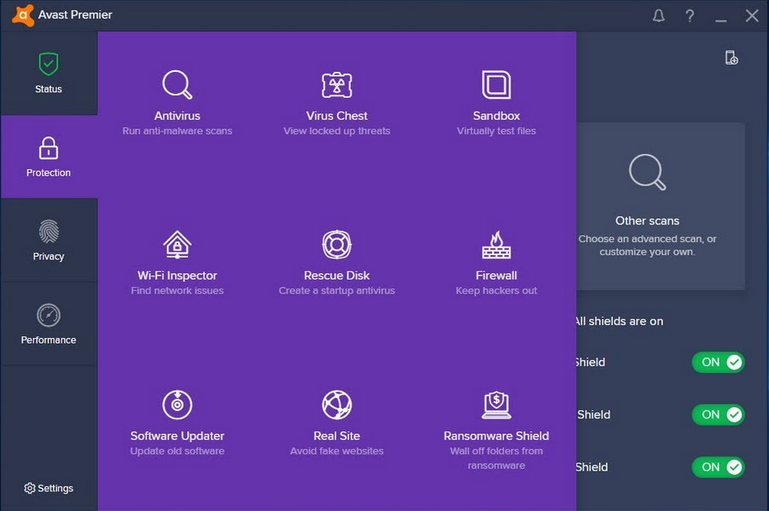 Which of these applications has the best price-performance ratio?

You have to wonder why these two software suites were priced so differently (since both products are developed by the same company).

Given that AVG’s suite allows you to protect all of your various devices (its license allows you to install it on as many PCs, Macs, smartphones, Android tablets as you and your family own), it is much more attractive than Avast’s suite which limits you to a single PC!!!

The difference in price between these two software suites can be explained, in part, by Avast’s inclusion of a VPN in its product. However, there are many better and less expensive VPNs on the market – see VPN offers.

To summarize, AVG’s Ultimate suite seems much more advantageous – especially since its “PC TuneUp” optimization utility is more comprehensive than the one included in Avast’s Ultimate suite. Avast’s suite attempts to incorporate all of the company’s various utilities into one product – which is a good idea, but which wasn’t done in a very efficient way. What’s more, Avast deceives its clients by only including the light version of its AntiTrack utility in its suite (the software will ask you to upgrade to AntiTrack Premium for an additional fee of 25€/year).

Some competing security software companies take a similar approach, but do so in a more honest way and offer a more interesting software suite. Avira Prime, for example, offers “access to all of Avira’s products” for an unlimited number of devices for a monthly fee of 12.99$ (or 9.99$/month for 5 devices). A much more convincing offer…