Virtually all TVs we can buy today carry some kind of internet-connected software, allowing us to enjoy content from all types of online platforms like Netflix, HBO, Amazon or YouTube, as well as reproduce content that is Stored on an external unit connected to our TV. The possibilities that Android media players connected to the television offer are considerably greater.

These Android players (known as set-top boxes) allow us to play videos stored on our local network or external devices such as USB sticks and external hard drives, or use the streaming services we mentioned above, along with those of the operators. 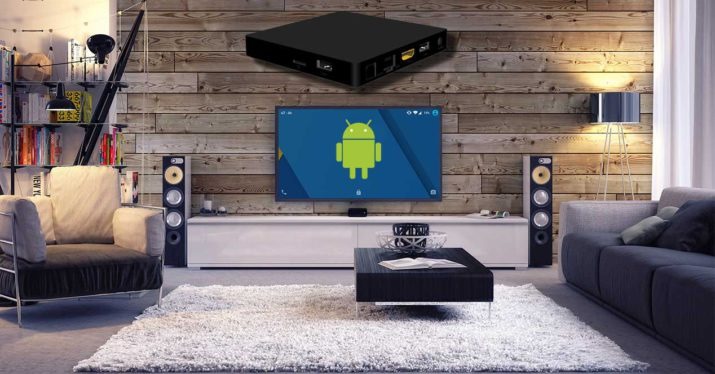 In addition to being players, we can convert these devices into video game consoles thanks to the large number of emulators available on Android, as well as the native games of the operating system itself. Not to mention the number of applications on Android for all kinds of tasks.

We have Android set-top box for a price of just 20 dollars. A couple of months ago we compiled the four best we could buy today, for prices as ridiculous as 25 dollars. In Amazon we also have these type of devices, but they are a little more expensive, and few of them are sent from Spain.

When it comes to processors, there are two major manufacturers of processors that equip these devices: Amlogic and Rockchip. Specifically, there are four main models that use these Android media players, which we will provide below ordered by their power:

The first two are designed for low cost devices,which costs between 20 and 50 dollars, while the last two are equipped on more expensive players, and powerful and therefore better equipped. Its price usually ranges from 60-70 dollars, and differ from the first two in better performance, Gigabit Ethernet connectivity, and usually come with 2GB of RAM and 32GB of internal storage. They all decode 4K video at 60 fps using H.265 HEVC hardware and codec, which occupies half the H.264 offering the same quality.

The RK3229 and S905X are usually equipped with 1 or 2 GB RAM devices. If we want a smooth experience with fast multitasking we should choose a player that has 2GB of RAM, but if our budget is very tight we can run with 1 GB, but be careful not to open many applications at once. Task Manager allows us to close down all applications at once if any slowdowns occur.

In terms of storage, these devices, usually the cheaper ones, tend to have a capacity of 8 or 16 GB and up to 32 GB for the more expensive ones. For the 16 and 32 GB devices, the storage proves to be sufficient to install numerous applications and store a couple of movies or TV series. If the device is going to be used to download files through torrent applications, it is most appropriate to use a microSD card, which all of these modems are equipped with.

All of these devices depend on at least one USB port, though most come with two. They also include an HDMI connector 2.0a, a power or current connector, and some come equipped with a digital optical connector for audio currents.

In terms of WiFi, you must realize and make sure that these are compatible with WiFi 802.11ac to obtain the maximum possible speed. Although every modem that equips the processors that have been named are compatible, which is why there should be no problem through that aspect. With respect to Ethernet, only the RK3368 and the S912 are compatible with Gigabit Ethernet ports, while devices with the two cheaper processors are limited to 100 Mbps. It is something to keep in mind in case cable is to be used.

Lastly, we leave examples of devices with already mentioned processors, all with shipping from US through Amazon: