Microsoft is making changes in Windows 10 and wants to make sure that it is the safest system against all sorts of malware, but many users still think that the solution is on an external antivirus and that it is mandatory, to keep computers away from threats. Thanks to a new round of questions from the German institute AV-TEST, now we can help you all to choose the best solutions for the windows 10 devices at home, from all the users surveyed about their favorite antivirus, the most voted was Bitdefender Internet Security2016. Bitdefender’s security has received the highest possible score (6 points) in all categories, from protection, performance and use, scoring above rivals such as Kaspersky or Norton. Other antivirus were very close to this position, but it has been Bitdefender who’s taken the medal for the best antivirus for Windows 10 of the moment. 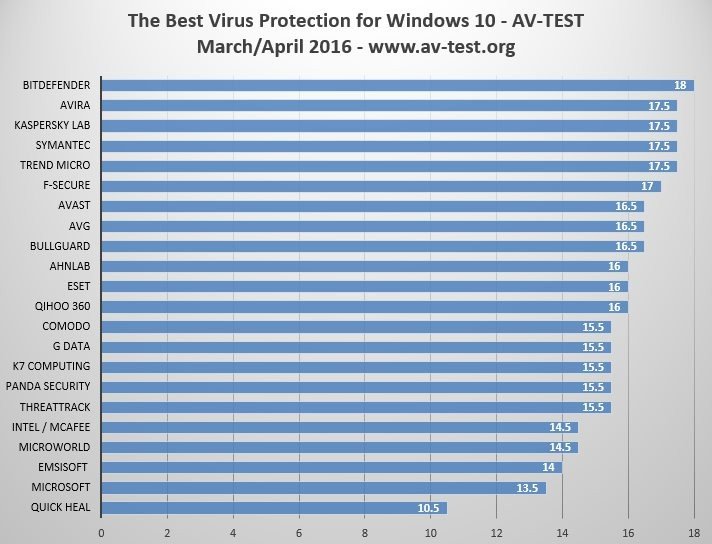 What about free antivirus?

To give you an idea when choosing antivirus for Windows 10, Windows Defender (the system’s integrated protection) got 3 points in protection, 5 points on performance and 5.5 points in use. This granted it a total of 13.5 points of 18, which is bad.

But if what you seek is an antivirus that gives you total security in your Windows 10 devices, then users are clear: Bitdefender Internet Security 2016, or one of the free antivirus if you don’t want to invest in it.