We continue with our series of articles dedicated to one of the most important components of any computer, the processor, and this time we will focus on choosing the best CPUs to play games for 140-200 dollars.

In our previous special and we already made a short summary of the main advantages of AMD and Intel processors, but now we jump to the midrange and we must introduce some important changes, because though most of the previously mentioned points remain applicable, there are some updates to keep in mind.

Before making our last point, you need to keep in mind that with a maximum budget of 200 dollars you can’t access the Core i7 or the Core i5 with an unlocked multiplier.

As always I encourage you to leave your opinions in the comments and any questions you have we’ll answer gladly.

AMD vs Intel: Advantages and disadvantages (updated to the midrange section):

In this new article we keep the previous structure but with a twist, and it’s that after reviewing the catalogs of both manufacturers and their prices we will limit our choice to only one CPU of each brand.

This has a very simple justification and is that the offer of processors in this price range is quite limited and similar, and the quality/price value offered by the selected models doesn’t make it worthy of going for a different one.

The Best choice from Intel

The Core i5 4460 is the best you can buy for less than 200 dollars from the entire Intel catalog, because for just 190 dollars, it offers the best price-performance value.

This processor is based on Haswell, resulting in a high IPC, manufactured in 22nm processes and has four real cores running at 3.2 GHz-3.4 GHz, in normal and turbo mode, sufficient to ensure an excellent level performance.

It’s not worth to spend more money on solutions like the Core i5 4590, as the performance difference is negligible and you can invest your savings (almost 10 dollars) to improve other components of your PC.

The best choice from AMD

With this budget you can access AMD’s FX 8000 range, and within it you can opt for the FX 8350, since it is the most balanced option and it is priced at 180 dollars.

To say that is the most balanced option we mean not only the binomial price performance, but also the consumption of the processor, since within our budget we could also opt for the FX 9370, but the second has a TDP of 220W versus the 125W of the first one.

That, coupled with the fact that it’s more expensive and that it makes a substantial difference in performance when compared to the FX8350, it brings us to opt for the latter, which has four complete modules, eight cores of integers, unlocked multiplier and working frequencies of 4 GHz-4.2 GHz, in normal and turbo mode.

Fortunately, you don’t need to spend more than 200 dollars to have a processor with a long life, but in this case when opting for one of the two models we have chosen it’s more difficult than in the previous guide. 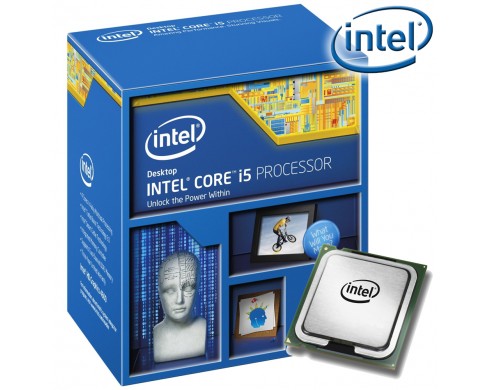 The FX 8350 is a very capable processor and looks like it could have a bright future with the arrival of DirectX 12, but the truth is that today the Core i5 4460 is the best choice for three simple reasons:

Since the price difference between the two is minimal, it would only be advisable to opt for the FX 8350 in very specific cases and under very tight budgets.

In this final gallery we leave you a summary of performance results for different processors, since it can be very useful and also serve as a basis for this guide.