It’s very common to spend hundreds of euros (thousands in many cases) on the components needed to assemble a computer, but usually choosing a power supply is left for the end, which means not a lot of attention is given to the component that’s supposed to give electrical power in a stable way and without peaks, and that could also cause permanent damage to the computer.

For that reason, you should pay special attention to which power supply you choose, and be aware that it’s a very important component. 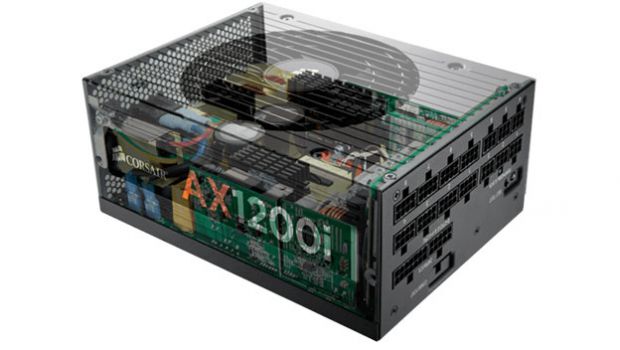 The power supply you choose must have enough power and quality to provide stable energy to all of the components.

A power supply with insufficient power can cause many problems and can damage other components.

As it also happens with motherboards, desktop cases or many other components, form factor is one of the many key characteristics to keep in mind in order to install the power supply in your desktop case. 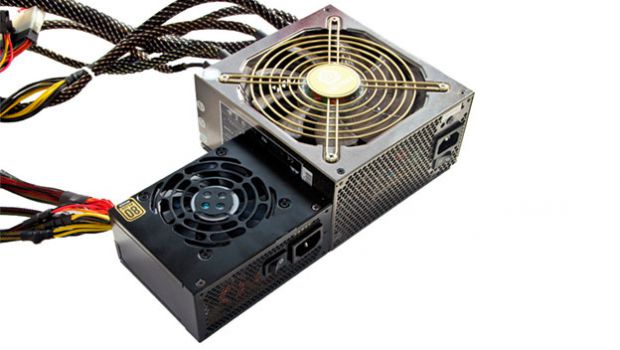 Another common but not as prevalent form factor is the SFX format. This format is smaller than the ATX and is used on small computers since it is only 125 x 100 x 63.5 mm. A slightly smaller format than the ATX.

Recently, there haven been variants of the SFX-L form factor, which is a medium size between the ATX and the SFX.

Some manufacturers of small office computers such as HP, have their own power supplies with proprietary form factors that adapt to the dimensions of the cases. 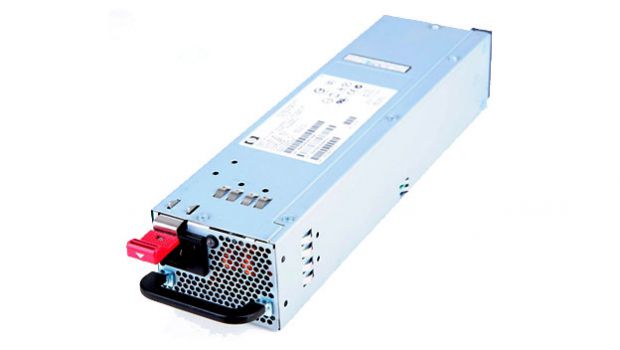 Depending on the type of computer you plan on assembling, you will need a decent amount of power. The output of a power supply is expressed in watts.

Generally speaking, while a computer for office automation can work with a 400-watt power supply, a multimedia computer will need at least 500 to 600 watts, a workstation approximately 750 watts and a gaming computer will need from 850 to 1200 watts or more depending on its configuration.

The total power of the supply will be determined by the energy consumption of the processor, the graphics card and the amount of disks you wish to install. 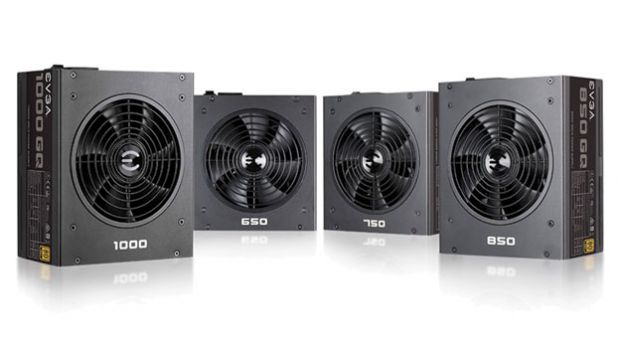 Online you will find energy consumption calculators that, according to the components you have installed on your computer, will calculate the amount of power your supply should put out.

Forget the notion that the more watts it has, the better the power supply it is. Manufacturers use these numbers to market and sell more supplies and this number, in many cases, can be biased and misleading – if not totally false- and you will very likely end up paying more for a supply that you don’t really need.

Power in the right place

The output of a power supply is distributed throughout several rails of different wattages. This power distribution is what you should pay attention to since, if you don’t, and even though it may seem to have enough power, the power supply might not be capable of providing enough energy for the components that need more power. 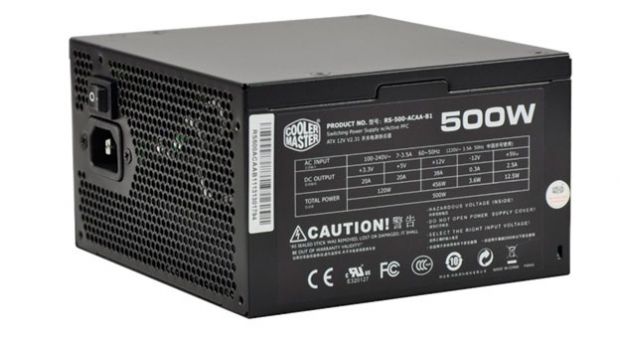 For this reason, not only will it be necessary to correctly choose the output of the power supply, but also the distribution of the amperage from each one of the rails.

Among many specifications that are indicated in the specs of power supplies, manufacturers usually indicate the amperage of each of the power supply’s rails. These rails refer to 3, 5 and 12 watts.

Distribution of the amperage

The graphics card if one of the most power-hungry components, so it will be the main deciding factor when choosing a power supply. On its technical specifications, manufacturers usually indicate the amperage of the amount of watts the card needs to function.

This number should be the absolute minimum that your supply provides the +12W rail in order for your computer to work properly.

Of all the different rails that the power supply delivers, it’s precisely the +12W rail that should pay close attention to. This 12-watt rail usually delivers all the required amperage for the components to work on one channel.

Some manufacturers, on the other hand, divide the +12W power distribution into several lines to distribute energy to the different components in a stable way. The amps delivered to these +12W lines aren’t added up. 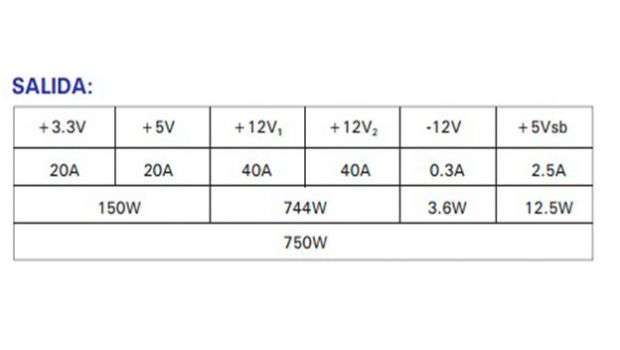 In the previous image you can see the specification sheet of a power supply that distributes its power into two +12W lines. As you can see, the manufacturer indicates that each one of them distributes 40 amps, so you might think that the power supply’s +12W rail provides 80 amps (40 for each of the lines). Nothing could be further from the truth.

In reality, in these cases, what indicates the amount of amps that the power supply delivers are the watts indicated by the manufacturer for the +12W rail.

In the example on the image, the manufacturer indicates that this rail delivers 744 watts of “real” power.

Observing the amperage and the watts that different power supplies offer you will notice that some models with a similar watt output, are capable of offering more amperage on that rail. Here is where the certification of the supply comes into play.

The certification is the key

The job of the power supply is to convert the alternating current circulating through your house’s electrical system, into direct current that the components of your computer can use.

More important than the amount of power a power supply can put out, is the quality of the electrical flow it produces and how well the conversion process of alternating to direct current is optimized.

For some years now, the energy efficiency of this process has been regulated with a certification that indicates the level of efficiency a power supply has. The 80+ certification and its different variants. 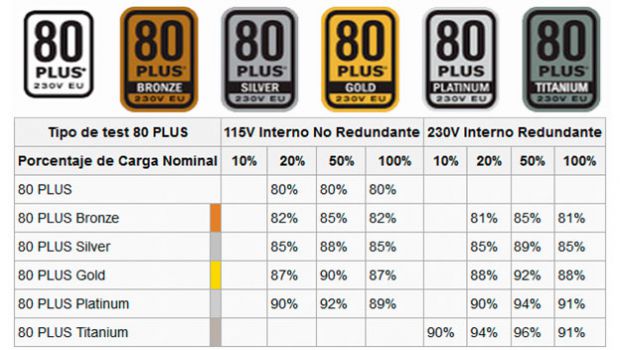 It’s advisable to opt for power supplies that have some kind of 80+ certification, since these supplies guarantee that, at least 80% of the electricity they consume, will be converted to direct current that your computer uses. The rest is converted to heat.

In ascending order the best quality offered are the 80+ Standard, Bronze, Silver, Gold, Platinum and Titanium.

The better the certification, the better the optimization of the conversion will be, minimizing energy loss in the form of heat, which will allow you to spend less on electricity. 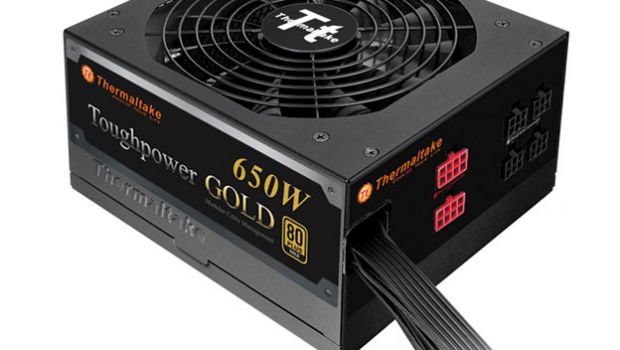 Since having an 80+ certification gives products a very good image, manufacturers usually highlight this in the specifications, so you won’t have any problems knowing which supplies are certified.

Apart from having an efficient electrical conversion system, some power supplies include a series of filters which absorb and minimize electrical flow fluctuations and protect the components of your PC.

These filters are called PFC (Power Factor Correction) and can be active or passive, the active ones being much more efficient and advisable. 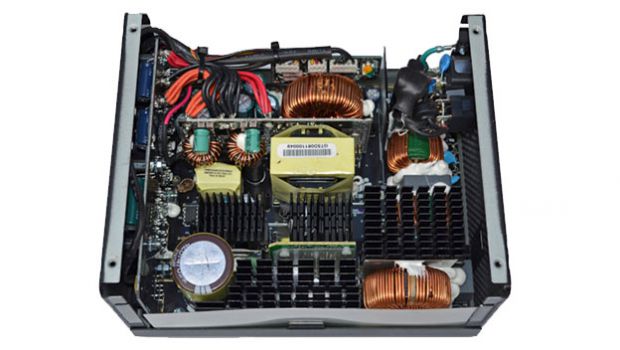 The electric current you receive in your house is not balanced since the different installations it passes through produce “noise” in its wave and also fluctuations occur which make it unstable. PFC filters reduce and stabilize this electric current so that it reaches your PC in a more stable way and they prevent peaks which can damage delicate (and expensive) components.

These filters will never replace the efficiency of a SAI, but they do reduce the risk of PC failure due to irregular power flow.

If the manufacturer doesn’t specifically indicate that the supply has an active PFC filter, it means it only has a passive one. As with the 80+ certification, it’s a feature that, if the product has it, will be well advertised.

Setting aside more technical aspects, we have arrived at another very important aspect when it comes to choosing a power supply: the wiring system. 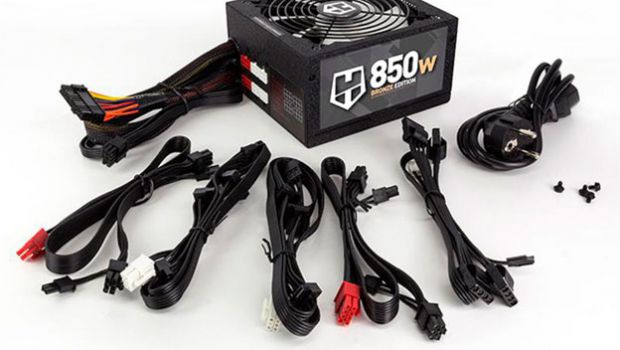 Apart from making sure that the power supply has the amount of cables and connections that you will need to feed your PC’s components (SATA, Molex, PCI-e, 20+4 pins, 8 pins, etc), you can also choose if all of those cables are going to be integrated in the supply itself or can be connected as you need them, thus improving cable management and optimizing air flow which cools the inside of the case.

Older and cheaper power supplies don’t have a cable management system, so all the connecting cables they offer are soldered in the interior of the supply, thus giving you a tangle of cables which you will need to deal with whether you use them or not. 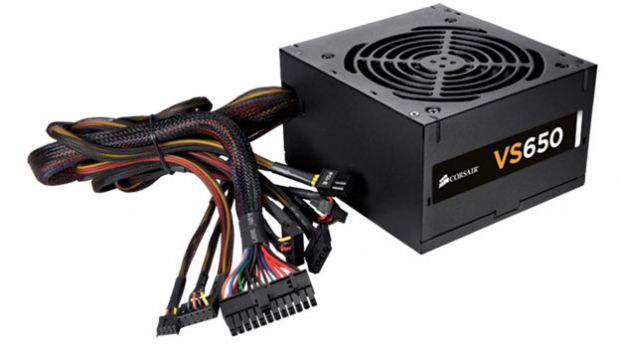 On the other hand, you’ll find another type of supply on the market called modular or semi-modular power supplies. They aren’t always labelled correctly in the stores, although it’s very easy to identify them. 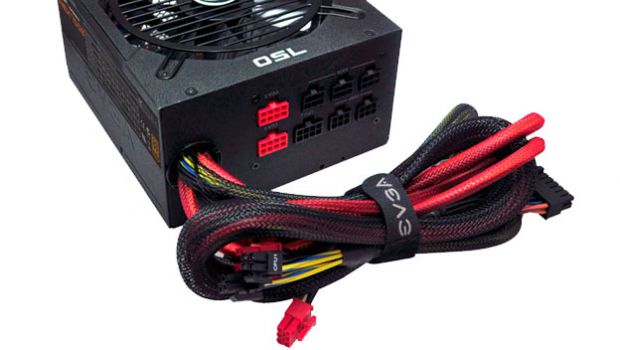 The easiest ones to find are the semi-modular power supplies, in which the main connectors feed the motherboard and the processor, in other words, the ones you will definitely need, are soldered to the inside of the power supply, but they also offer the possibility of connecting or disconnecting some optional cables such as PCI-e connectors or some SATA connectors, in order to greatly reduce the amount of cables inside your computer.

Modular supplies are those that offer complete freedom when connecting cables, since none of them are soldered to the inside of the supply, but instead they are connected via specific connectors. 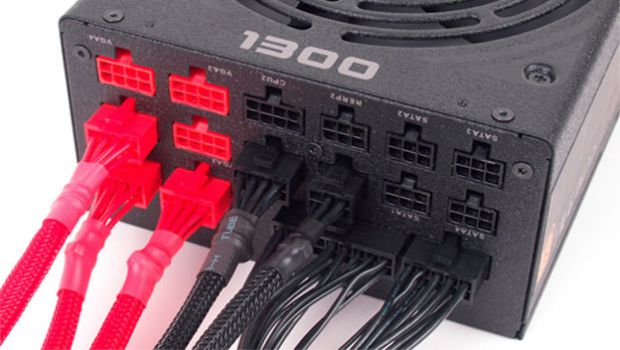 As with any other electronic device, power supplies need a certain amount of refrigeration to avoid overheating on its components.

These cooling systems usually work with air, using an internal fan. The quality and noise level of this fan, which will normally always be working, will affect your comfort. If you have to spend a lot of time on your computer, you won’t want to have a power supply with a noisy fan which sounds like a turbine.

Some supplies have passive cooling systems (fan-less) which work with large aluminum radiators from which the internal components are cooled. 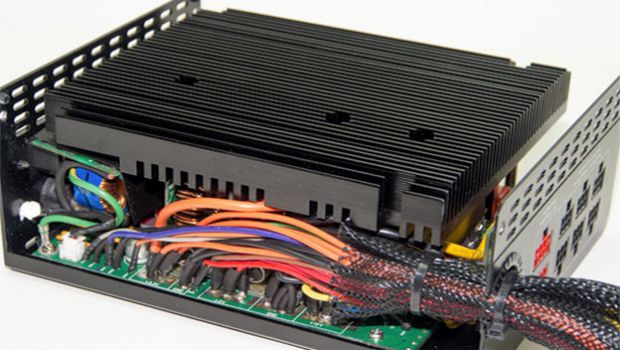 Keeping in mind these tips, it will be very easy for you to choose which will be the next power supply for your PC.