Biostar is proud to present its latest model of peripheral for gamers with the most advanced mouse that Biostar has released to date : the Racing GM5, which has been designed and inspired completely in the spirit of high performance car racing. To this end it has been equipped with a cover made with carbon fiber that gives a unique and ultra precise feeling in the user’s hand when you are using it. 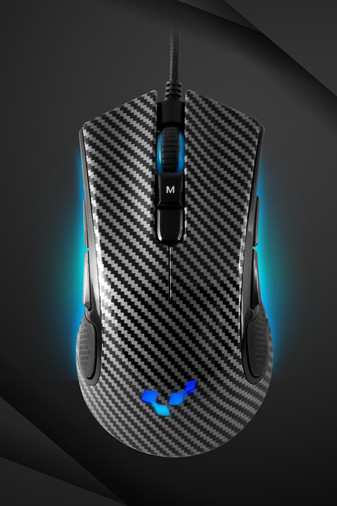 For a while now, Biostar has been releasing a series of peripherals that, while we cannot really say are orientated towards the more seasoned gamers, there’s no denying that they are quite interesting, especially for the price at which they usually sell, which makes them a really interesting alternative for those users who are entering into the shifting sands of the gaming world and don’t have too much money to invest in their peripherals. Or for users who are sporadic gamers and are not willing to spend the small fortune that higher end devices usually cost, however much they promise that with them you will become the king of frags at midnight.

To achieve this, Biostar has equipped its new Racing GM5 with an optical sensor manufactured by PMW model 3330 that is capable of supporting a resolution of 7,200 DPIs (which, in my opinion, is more than enough for the majority of situations that this type of mouse will encounter throughout its career), programmable in increments of 50 DPI to achieve maximum comfort of use, find the perfect resolution with which the user will feel more at ease, although if the user doesn’t want to complicate life, the manufacturer also offers the option to use four preset increments of 800, 1,600, 2,400 y 7,200. They also decided to use the well know Omron brand switches that are designed to support up to 50 million pulsations.

The design of the mouse is for users who use the “claw” type grip and its ergonomics allow for both right-handed and left-handed use, something that, even nowadays, is not often seen in the gaming industry, although fortunately more and more.