Year after year, Bitdefender continues to grab the best positions in the tests of independent companies, AV-Test in front. With us as well, antivirus has been consistently distinguished by excellent performances, innovative features and its user-friendly interface. But is it not always more difficult to surprise when navigating in the higher realms for many years? This is the challenge that Bitdefender Internet Security 2016 will have to face by submitting to our annual assessment. Discover that this new version was in the offing.

The installation of Bitdefender Internet Security 2016 was successful. Contrary to last year, the antivirus installed very fast though it remains far from other solutions such as Panda. As a bonus, Bitdefender takes responsibility of carrying out a pre-analysis of history of sensitive files. And here comes the first novelty : Bitdefender Central. It is a platform that allows you to centralize all of the devices on which you have installed a Bitdefender product. With some competitors, Creation of an account is optional, but that is not the case here.

No account, no antivirus! You have been warned. The Photon Technology is, once again, released by the editor and allows you to adapt to the usage of the antivirus in function to the requirements of the machine. In this case, the program consumes relatively little and it is much better.

Registration at Bitdefender is compulsory

After confirming the account, one would be directed to the Bitdefender Internet Security 2016 homepage. If you were already using the previous version, you will notice some very slight changes, mainly a reorganization of the tiles. By default, the AutoPilot mode is activated and leaves the antivirus the ability to take decisions on its own. Ideally, if you are afraid you don’t know how to configure it yourself, there is a window that permits you to access the main features like; analyzing your machine, searching for vulnerabilities, SafePay for secure payments as well as access to your Bitdefender Central account. For a more complete menu, simply click on “Modules” and there you will be able to access the settings for each tool. If the interface does not change, the whole platform is quite ergonomic and accessible. Also, we must emphasize the low incidence of the virus on computer performance, even during scans. 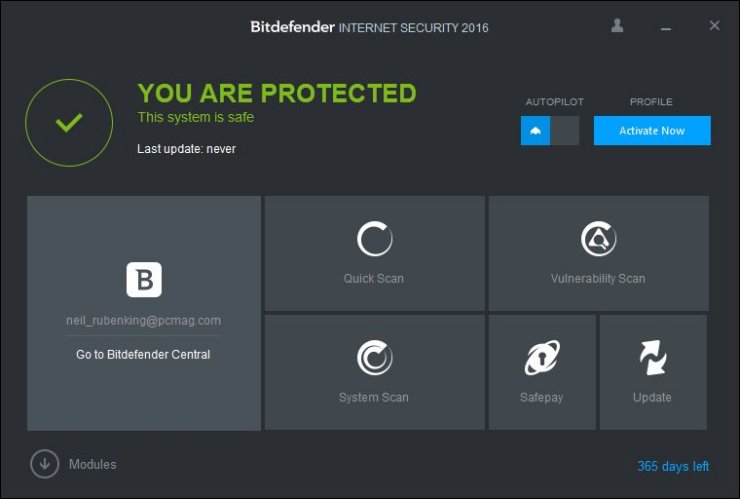 Besides, let’s talk about the analysis. Unlike previous years, those of Bitdefender are far from being the longest. The first comprehensive and complete analysis of our machine ran smoothly and even the antivirus detected the remains of a former test. Copiously, we then submitted a dossier of various kinds of virus to Bitdefender Internet Security 2016. And the least we can say is that the virus has managed to surprise us once again. The contextual analysis has been among the fastest: Bitdefender takes charge of making a first analysis to detect any unwanted files and then ask you which action to take. A second analysis follows to neutralize the infected files. In addition to being fast, the virus is effective and has detected around 20 threats. On the other hand, it has found itself helpless against the files protected by password, but we have still reported them. 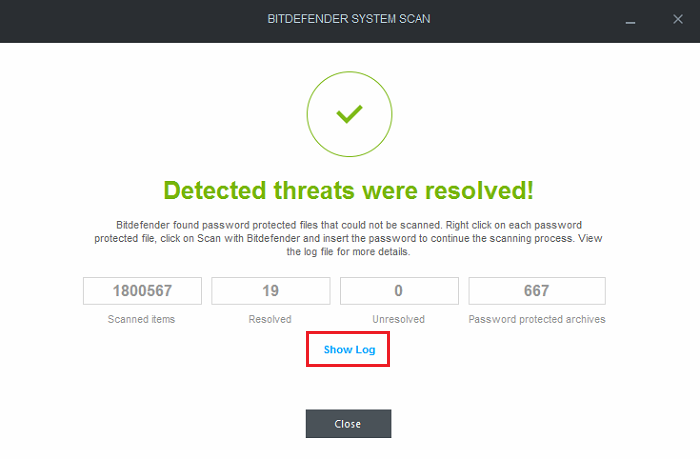 Bitdefender Internet Security 2016 also provides a wide range of tools. We notably find Wallet to secure your purchases on the Internet or even a shield antimalware which proved to be effective after having submitted a few links infected. Wallet is also made available to manage passwords. This tool requires adding a plugin to your favorite browser. 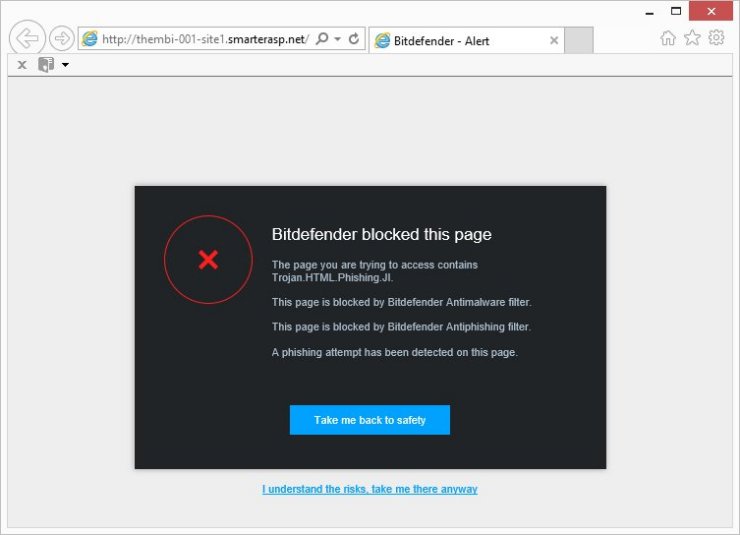 Let us come to the parental advisor which gave us some issues of concern. First of all, there is an option in the menu “Privacy”, it refers you to a web page on your Bitdefender Central account .

First, you will need to create a profile for your child. But, it is absolutely essential that the latter has a separate user account from yours on the machine.

As a matter of fact, there is no problem having your child use the same profile as you because he will have then no restrictions. If the service is very comprehensive, it loses its accessibility which could as well put some off.

By default, Bitdefender takes responsibity of blocking appropriate categories based on the child’s age, but it is possible to configure everything manually. The administrator can schedule sending of daily, weekly, or monthly reports, which will automatically be transmitted by email. We have identified small bug that affects users of Windows 10. The configuration of the parental control from Microsoft Edge was impossible for us because we could not click on buttons in the ” Parental Advisor ” menu . A passage under Mozilla Firefox has helped to resolve the problem.

As regards the novelties, Bitdefender Internet Security 2016 brings a quite new and more effective, bidirectional firewall. In fact, the real change is that it operates on the entire domestic network and not only on your computer. Note also the integration of a protection against the ransomwares that will tackle the gendarmerie virus which attacks your personal files. In the options, you can select your most confidential files. Preference will be given to personal folders containing photos, music and important documents. 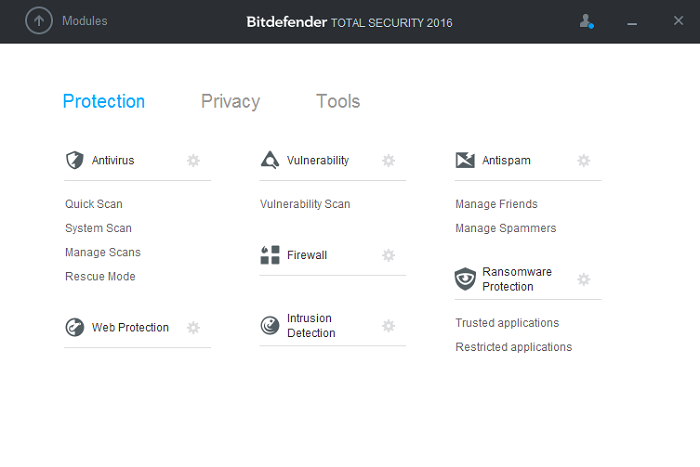 Finally it should be noted that some grayed out features are available only in Total Security version, for example the lock or optimization in 1 click.

The new version of the antivirus accomplishes a faultless performance even if  innovations are ultimately limited. The interface has barely budged and adding Bitdefender Central may destabilize some users.

On the other hand, one can not deny the excellent performance of the antivirus engine that works great. Also let us note the addition of the protection against the ransomwares which makes Bitdefender a product in agreement with its time.

The fact remains that we are not pleased with the operation of parental advisor did not persuade us: The configuration in the cloud remains less intuitive than the former operation at the center of the program

Despite these approximations, Bitdefender Internet Security 2016 remains one of the most comprehensive and versatile security suites in market.