Can Microsoft increase its performance with the new Windows 10 Game Mode?

The filtration of the 14997 Build does not stop bringing us surprises in the way of new functions. The day before yesterday we found that Windows 10 will include a new function to filter blue light, and a few hours ago a Twitter user by the name of @h0x0d, know for the veracity of their filtrations, has explored this build of Windows 10 and found a curious novelty: a file by the name of ‘’gamemode.dll’’, that lets us understand that this Game Mode will come in the Creators Update in the coming spring.

What can Microsoft do to improve performance?

Half of the users of Steam use Windows 10, which is why adding a Game Mode may suppose a coming improvement, but; what margin of handling does Microsoft have to improve the performance in a computer when you’re gaming by simply introducing a Game Mode? For this, we will analyze the components on which the performance of a game depend on: Processor, Graphic Card, RAM Memory, and Storage Unit. 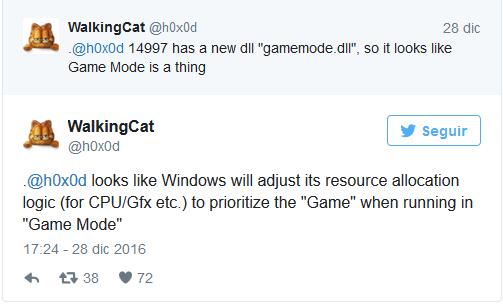 Beforehand, we must imagine what Game Mode will do in Windows 10. There are two possible paths. First, we come across a Mode that gives priority to the execution of Games over Programs, how some utilities function already, and actually serve no purpose. The other option is that Microsoft introduces a real improvement at the Operative System level, seeing as it has access to all levels of software, doing something similar to what an Xbox One does, where the console works with an optimized 3 to 1 Operational System. 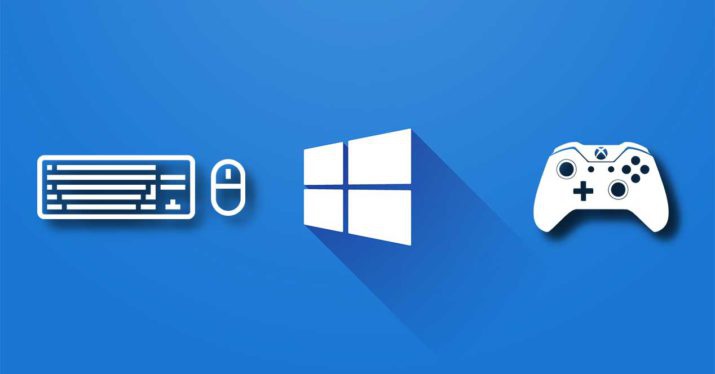 When it comes to the Processor, it is rare to find a game that forces it to 100% capacity. If you have an i5 or i7 that is less than three years old, it is probable that your processor has never reached 100% load while gaming.This is why closing processes when gaming has low impact on performance.

On RAM Memory, if you have 8GB or more, it is also probable that closing processes has close to no effect, seeing that Windows already gives priority to the program in execution on a first perspective regarding the rest of the system, or you can also close it manually.

Graphic Cards are completely controlled by its drivers. The Operational System, being either Windows 7 or Windows 10, only represents differences in performance of 1 or 2%. To improve the performance of the graphic card, only game or driver developers may introduce updates that can make any difference in improvement.

Finally, the Storage Unit will allow us to load the game faster, and that the game loads resources needed in less time. An SSD will allow fast loading times, it even eliminates a possible stuttering generally caused by Hard Drives. In this case theres little a Game Mode can do, because files that need to be loaded will not vary.

In all cases, if you have a computer with few resources, this function may help through the automated closing of processes to free processing and RAM usage just like some programs already do, but if you use a potent computer it is probable that you won’t be benefited with this mode. In principle, this function will not improve the performance in gaming, but it will be a surprise if Microsoft really improves performance and if it will be useful for all games or only UWP.