Can Windows 10 Cloud stand up to Chrome OS?

Mobility, work in the cloud, mobile devices, telecommuting; all of them, among many others, are concepts that have become increasingly common elements in our daily lives, whether it’s while moving in our home or professional environment.

As time passes, regular users of technology, whether in desktop environments or those focused on mobile devices, have been looking for ways to work with all their products in a more centralized way. Evidently the Cloud has been taken as base, thanks to different services using Internet, dealing with lighter devices and applications that allow greater mobility and having all of them, at both software and hardware levels, as unified as possible.

Because of this in the middle of last year 2015 Microsoft, as you all know, made available to users the latest version of its popular operating system, Windows 10. From the beginning, the company has tried with this launch to create a “Windows 10 environment” that allows its clients to work with all their data on all types of devices based on the same system and from anywhere, facilitating their access through PCs, platforms and, again, through the Cloud. However, so far, it has not satisfied the expectations that were initially set on this project.

However there is another environment that is growing exponentially, although somewhat slower on the old continent, Chrome OS, an alternative open source operating system from Google that in the future aims to become a direct competitor of Windows. If something characterizes this proposal is precisely its lightness, good performance and being multi platform; that is to say, it covers a large part of the needs of the current users. In addition, now that manufacturers are launching interesting products specially designed for this free platform and it has already begun its compatibility with Android apps, it is expected that its breakthrough in the near future will be much greater.

Will we see a Windows 10 Cloud vs. Chrome OS confrontation?

For some time now the people at Redmond have been trying to make PC manufacturers ignore Chrome OS, something that although they have achieved until now, it’s beginning to change, so it is expected that Microsoft will have to try something new to not be left behind in some environments. This is the thought behind the arrival of Windows 10 Cloud, a new variant of the popular operating system, namely a simplified version of the original Windows focused on the cloud and designed to run all kinds of applications from the company’s official store on all types of devices, in addition to a lower cost for users and even possibly free for PC manufacturers.

Basically, Microsoft has possibly begun to notice the threat of the gradual growth of Chrome OS and has decided to take action and launch an alternative to it. Therefore the people at Redmond want to avoid a massive migration of users to the Google system in the event that it starts to standardize massively, which would be a big problem for the firm.

At this point what we should ask is whether or not Chrome OS based computers could actually become a serious threat to Windows. Or putting us on the opposite end, we might also wonder if the new Windows 10 Cloud version will be able to slow down the growth of Google’s alternative. 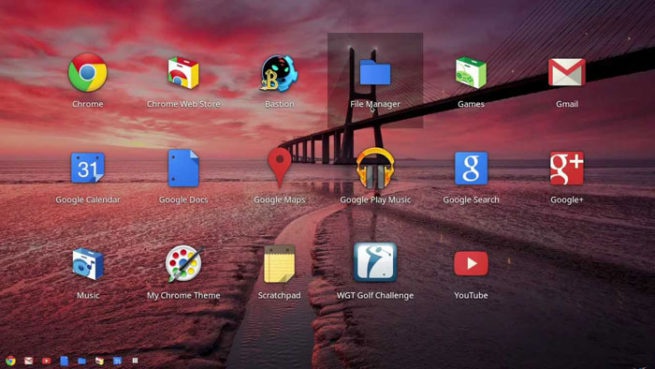 I personally think that, even taking into account that Android is the most widely used mobile operating system in the world, and the compatibility of its apps with Chrome OS is a very big step forward, it wouldn’t be able to face, at least in the short term, Microsoft’s platforms. Leaving aside which one is better or worse, or security, discussed a lot when talking about both companies developments, the truth is that users are very reluctant to carry out such drastic changes, especially as they have been accustomed for a long time to Windows systems.

Microsoft wants to “get its act together”

But of course, the momentum that application developers specifically for Android can give the Chrome OS environment in coming months can be huge, as this system is more than accepted by millions of customers around the world. If the mentality of the users would change, especially to the old continent, that Chrome OS supposes a complement to Android terminals but for desktop systems, things could take a major turn.

Presumably the people at Redmond have already thought of all this, so once they had the multiplatform “universe” created and running thanks to Windows 10, they just lack a lighter, versatile and cheaper version, hence the foreseeable next launch of Windows 10 Cloud, all to prepare before the real problems come.

After reading all this, do you think that in the future Windows 10 and Chrome OS / Android will be direct competitors in desktop, mobile or even in the so-called all-in-one?

Read More:
Best Antivirus for Windows 10
The way to make Windows 10 Automatically Connect to a VPN when starts
The way to Sharing Files Between Windows 10 and VMware virtual hard disk