China will use FAST to find alien life

China rushes to complete the construction of the Aperture Spherical Radio Telescope (FAST), the world’s largest radio telescope. Located in the province of Guizhou, its development began in 2007, although it was not until 2011 when they began to work on it, which is expected to be completed by September this year. It has cost about 180 million dollars. 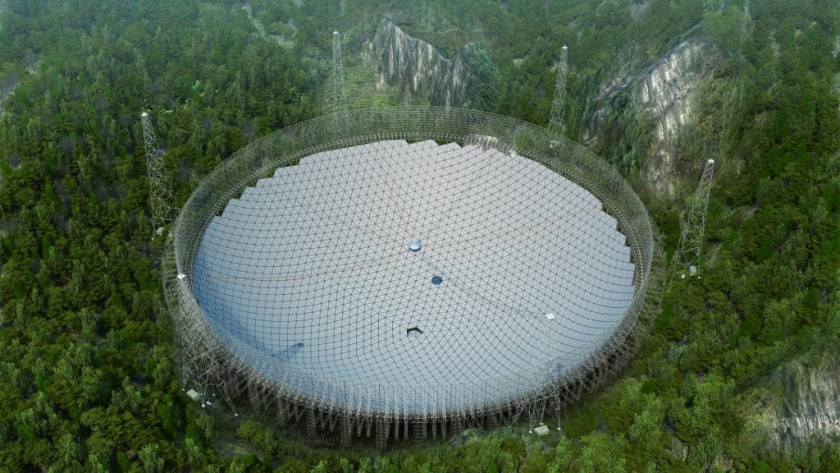 FAST is so big that, in fact, even though they had located it in a strategic area as far as possible to villages, it was necessary to relocate nearly ten thousand people to “make room”, reports state media; not because the 500 meters in diameter of the installation were a problem, but to ensure an interference-free environment with electromagnetic sound waves of at least five kilometers.

FAST will make both Arecibo radio telescope in Puerto Rico, and the Alfonso Serrano Large Millimeter Telescope of Puebla in Mexico look small. By dimensions, only the Russian RATAN-600 is comparable, although within capability it cannot compete with the Chinese infrastructure.

And knowing the power that will enjoy FAST, scientific authorities leading the project have been quick to perform accurate statements, “it will help us to find intelligent life outside the galaxy”, said Wu Xiangping, general director of the Astronomical Society of China.

On the other hand, the Asian giant has been accelerating its space exploration program based on billions of dollars and plans to establish a permanent space station by 2020 and later send its first manned mission to the Moon, they are still in motion.