It was already unusual for a manufacturer with the category and history of Crucial (which is actually a Micron Technology brand) not to have last generation solid state devices in its catalog, but fortunately that is over as it just announced its new generation of high-performance SSDs with M.2 format and which use the NVMe protocol, using a PCI-Express interface. 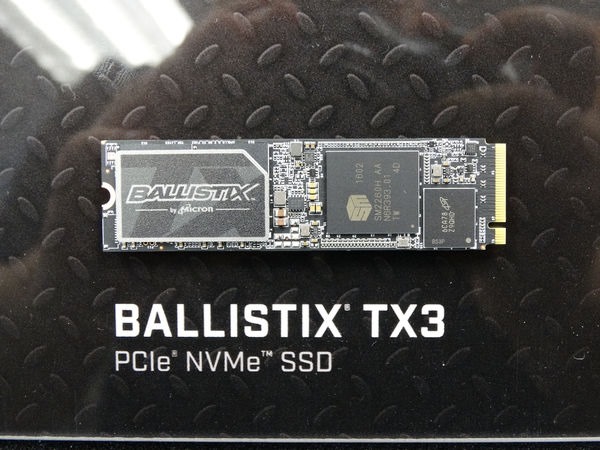 You know that since long time ago the SSDs with SATA 3 interface reached their performance limit, which is why manufacturers of storage devices had to look for other alternatives to further improve and they found in the PCI-Express lanes the ideal solution, thanks to their high bandwidth (they use a PCI-Express rail of 32 Gb/s). Of course it was difficult to use this interface with the usual format of 2.5 inches, so the M.2/U.2 format is now the chosen one thanks to the small space it occupies and to its versatility (with M.2 SSDs variants and an adapter which connects directly to a PCI-Express x4 of the motherboard).

Crucial has given no performance data yet, so we’ll wait for the official launch of the brand. However, the Crucial Ballistix TX3 have a component configuration quite similar to the SX8000NP ADATA which are capable of delivering theoretical reading speeds of up to 2000 MB/s and for writing 800MB/s, so we will be expecting a similar performance data in these Crucial devices.

Of course there is still no official announcement and therefore it is unknown in which capacities will come these new high performance Crucial SSDs, as well as the their launch date and prices.