The battle of the technology out on the market

This is not the first time that two standards face one another to see which one will take over the market. What is weird this time is that these two standards do not come from rivaling business interests, as it happened with Blu-ray and HD-DVD or Beta and VHS. These two Wi-Fi standards come from the ‘Wi-Fi Alliance’ organization that allows all of us to enjoy compatibility between devices, legacy compatibility and many other advantages. 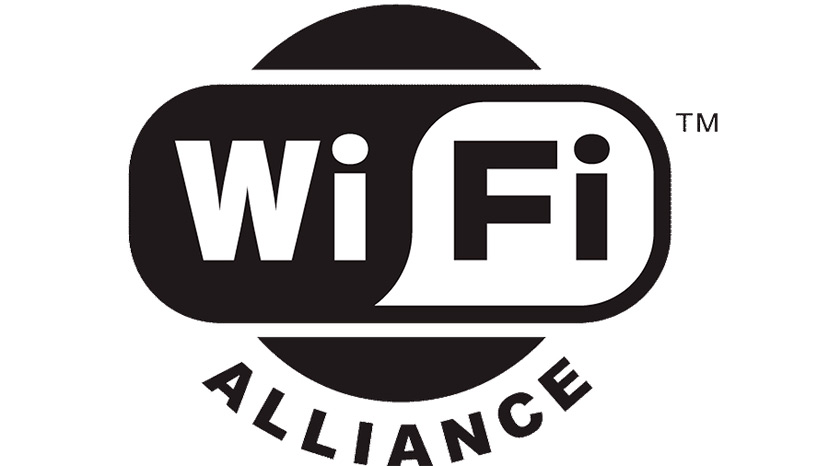 This organization sets a standard for the IEEE 802.11 protocol that is refined and enhanced as technology improves. This standard is open and global, therefore it is the starting point for every manufacturer in order for their products to be easily used on the market and to interact with other brands’ compatible devices, etc.

The need for wireless communication has prompted the 802.11 protocol to evolve much faster nowadays than how it did a few years ago. Among these improvements, we can find two variants that are trying to take over the market: 802.11ad was out first, but surely the one taking over 802.11ac will be the most modest but more compatible 802.11ax.

15,000 million devices currently use Wi-Fi in their different variants and the standard has supported all of them and each of their follow-up models that have been introduced onto the market thanks to legacy support.

802.11ad is better, but its implementation is more limited and expensive.

More than a year ago, 802.11ad made its debut on some Acer business laptops and on some routers as well, such as the magnificent TP-Link Talon AD7200 and the Netgear Nighthawk R9000, which are routers that we are not going to find for less than $230, and for twice this amount in Netgear’s case.

802.11ad is a magnificent standard that adds support for 60 GHz frequencies, which is a frequency 12 times higher than the 5 GHz on the 802.11n and 802.11ac Wi-Fi standards. By using this frequency, these routers can provide edge-to-endpoint speeds of up to 7 Gbps (7,000 Mbps) for the right devices. This is five times more bandwidth than what we currently have with devices featuring 802.11ac since they are limited to about 1,300 Mbps.

This new standard has two problems. On the one hand, to achieve the aforementioned speeds at such high frequencies, the range is limited to about 10 m. On the other hand, it requires a new generation of devices and being used along with other chipsets and dedicated antenna systems to offer complete support for all types of devices as well as for those working at frequencies lower than 2.4 and 5 GHz. 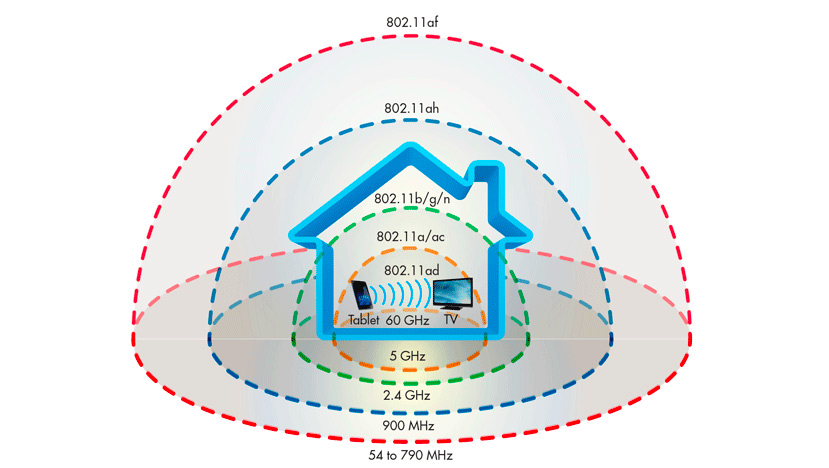 Inaccurate graph showing the range of the different IEEE 802.11 standards.

This standard will revolutionize the way you watch ultra-high definition content, achieving support for resolutions as high as 8K with HDR image quality. This same frequency is the one used for systems such as WiGig, which as you know is a technology that enables wireless global connectivity for portable systems. With this technology we can have USB, high-definition video and Ethernet at speeds like the ones achieved with cables.

802.11ad is expensive, difficult to introduce onto the market and certainly somewhat ahead of its time, therefore device and network equipment manufacturers are pushing for an intermediate solution, the 802.11ax.

802.11ax is an intermediate solution that standardizes Wi-Fi improvements seen in recent months.

802.11ax will be the next thing that all of us will be using, whether we like it or not. This is a less evolved standard lacking those amazing peak speeds that would ridicule the best cable that you might have at home, but it is easier to be adopted by the market. 802.11ax will work at frequencies that are already known, such as 2.4 and 5 GHz, but it will be in the latter where the standard’s full potential will be achieved.

The speeds will be slightly improved over the ones provided by 802.11ac, going from 1,300 Mbps to 1,800 Mbps (using the new open channels on the standard), but it will standardize some improvements that we have seen over the last few years on the best routers and wireless adapter cards. One of the improvements that is standardized is the use of MU-MIMO (multi-user, multiple-input, multiple-output). This technology allows to modulate frequencies and open channels for an independent communication with each device connected the wireless network. 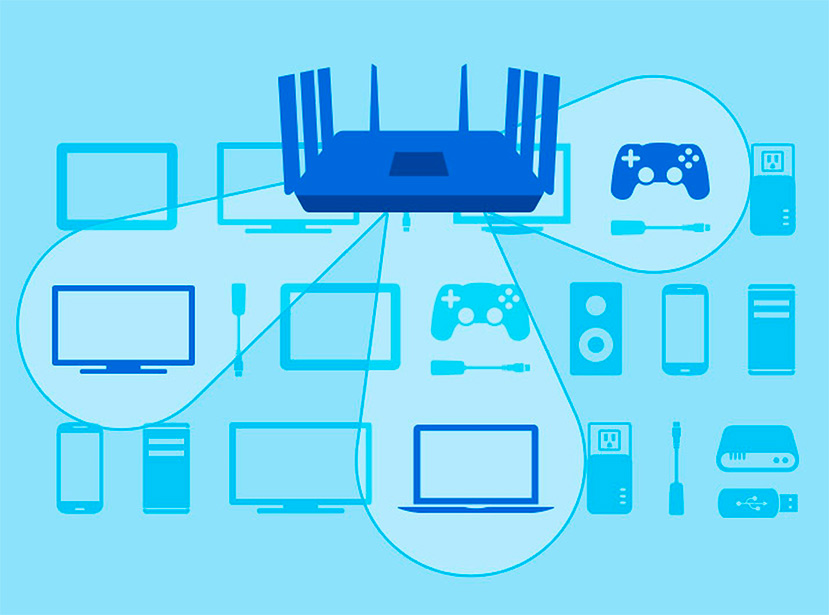 When we share one of our router’s bands with several devices, they share the available bandwidth. If we have 1,300 Mbps in that frequency band, that bandwidth will be shared among all the devices. This way we can maximize the bandwidth for every device and the router while achieving better speeds for each one of them, which in turn is done through modulation and thanks mainly to the usage of more antennas on this type of routers.

This allows the router to maintain higher speeds for each of the connected devices, but they will also have to handle this type of signal ‘negotiation’. Right now it is difficult to get MU-MIMO devices chiefly because a lot of manufacturers forget to be specific about compatibility, but any device compatible with the 802.11ax Wi-Fi standard will ensure MU-MIMO support.

802.11ax will also maintain current ranges and improve the performance of our home devices by reducing latency, increasing the number of simultaneous devices and offering enough bandwidth for everyday tasks in any home or business environment.

Undoubtedly, having 7,200 Mbps of wireless bandwidth is a dream come true, but the truth is that 802.11ad is not currently used by manufacturers and not necessary for people except for very specific users that may keep opting for this standard, as it will be out on the market and is perfectly compatible with devices using standards other than 802.11ad.

802.11ax is the way to go since it will be available soon, most likely before the end of the year, providing us with what we really need nowadays, which is to be able to take a better advantage of the available bandwidth and to provide Wi-Fi coverage for any amount of wireless devices that we might end up having in our surroundings. This standard is cheaper and is more successfully incorporated onto the market than the 802.11ad Wi-Fi standard so far.