Guide: AMD Radeon RX 460 vs RX 470 vs RX 480 Specs and Benchmark Comparison, which model should I choose?

The new AMD RX and NVIDIA GTX 1000 are now available for purchase, a new generation of graphics cards with which their manufacturers have followed a very clear and distinct strategy.

As we can see, the folks at Sunnyvale have made a more controlled launch, betting on upper middle and lower middle range products, but are working on Vega, their new high end graphics card, planned to be launched in 2017.

This strategy is easily understood for one simple reason, which is that they are trying to capitalize on the investment they made on the Fury and Fury X, equipped with HBM memory cards and that are capable of great performance.

On the other hand, NVIDIA has shown us all their cards in the absence of lower middle and lower range products, even though they still are selling all their older generation products to clean their stock.

Seeing this chart, we can appreciate that it’s difficult to know which graphics solution we should choose, especially if we consider the features of Vulkan and DirectX 12 when it comes to gaming.

For these reasons we wanted to write this article, to help you chose the best solution for your needs and also for your budget. 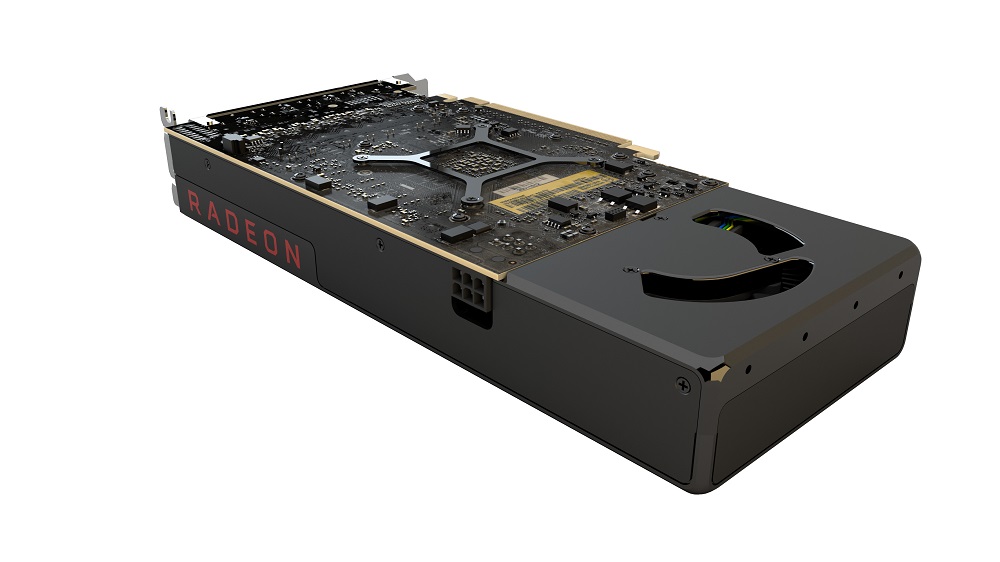 We’ll begin with AMD and their three new graphics cards, however we will obviously distinguish the different models in our recommendations (2 GB, 4 GB and 8 GB VRAM), always considering the quality-price ratio.

This medium range graphics card is available in two versions: 2 GB and 4 GB. We were able to analyze the second version and our first impressions were very positive, because it allows you to play current games at 1080p at medium, high or even ultra quality, depending on the game.

At whom is this card aimed? At users with a tight budget who want good performance at an affordable price. Its good performance stands out in Vulkan and DirectX 12, and it is capable of running DOOM at 1080p with the highest quality setting surpassing 60 FPS.

It’s power consumption is really low, so you won’t need a large power supply to use it.

Would we recommend this product?: Yes, but especially the 2 GB GDDR5 version, since we were able to find it for 120 dollars, and at that price point it’s value is outstanding.

The RX 470 is a medium to high range card available in two versions, a 4 GB and a 8 GB. Its general performance is a little below that of the GTX 970 except in certain games, such as those that take advantage of Vulkan and DirectX 12.

At whom is this card aimed?: At users who want to play in 1080p with the highest quality settings with guaranteed smoothness, without breaking the bank. Keep in mind that there will always be exceptions if the game developer doesn’t do a good job and doesn’t optimize at all, like in Deux Ex: Manking Divided.

Would we recommend this product?: Yes, but only the 4GB GDDR5 version, since we were able to find it for 220 dollars, and at that price point it’s value is excellent.

The 8 GB version is not worth the extra price since there isn’t a big difference between the two.

The flagship model of the Polaris 10 series, a card that we were able to analyze and that features very good performance, enough to play in 1080p with every setting in ultra and also at 1440p with guarantees.

Depending on the game we can say that in general it features a performance between a GTX 970 and a GTX 980, even though with games that take advantage of Vulkan and DirectX 12, like DOOM and HITMAN, it can render equally as well as a GTX 980 TI.

At whom is this card aimed?: At users who have a budget lower than 250 dollars but want a card with high performance, capable of even more than 1080p and that also has a long lifetime.

Would we recommend this product? Yes, actually we would recommend you get the 4 GB version since it has the best quality-price ratio at 230 dollars. If your budget allows it, you can get the 8 GB for 280 dollars.

Final notes, from which model is it worth upgrading?

We would like to end this section telling you from which models it’s worth upgrading to each of these three graphics cards, something we believe will be very useful to you.

Keep in mind that our criteria is based on a very simple idea, being able to tell an appreciable performance difference, one big enough that makes it worth it to upgrade.

In the second part we will continue talking about graphics cards from NVIDIA maintaining the same structure as before.