On the other hand, the subject of BIOS, memory, and temperatures has also generated doubts, therefore we wanted to take this opportunity to make this special article in the style of a guide which we will approach from the classic questions and answers outline, since we believe that it will make it easier for you all to ask and understand.

As always we hope that you all like it and we invite you to leave your opinions in the comments.

Is it true that AMD´s RYZEN processors are really inferior to Intel´s?

No, it is not true, AMD´s RYZEN processors have shown that they have a single-core gross performance (CPI) that places them between Intel´s architectures Broadwell and Skylake (Core 5000 and 6000), which means that they are at the level of the most powerful solutions of the powerhouse chip (always talking from the perspective of IPC per core and MHz).

It is true that Skylake and Kaby Lake offer a core performance and MHz superior to RYZEN, but this difference is made considerably smaller when we make a comparison at the same frequency. On the other hand, we should also keep in mind that AMD´s new architecture still has a wide margin for optimization to come, although that also remains principally in the developers´ hands. 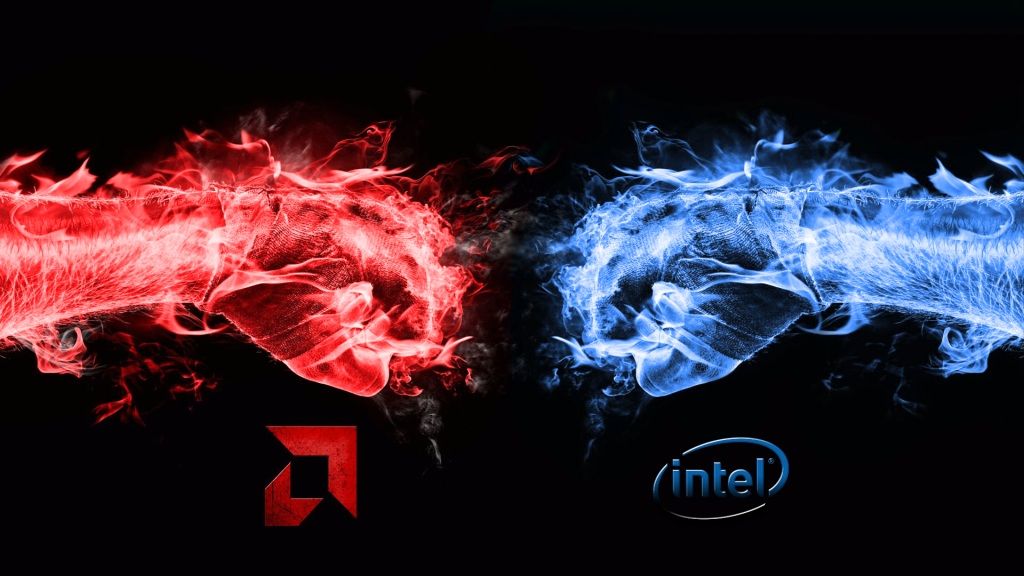 This is not true either, but once again we must provide some context. A Core i7 7700K performs better in games because it works at a higher frequency by default, has a higher IPC (Instructions per Clock), presents a better optimization and games do not use more than four cores.

However, when running applications that are able to take advantage of the eight cores and sixteen threads in a RYZEN 7 1800X, we see clearly how it outperforms the Core i7 7700K.

It is clear that when considering all the features together the RYZEN 7 1800X is far superior than a Core i7 7700K. Conclusion that can be extended to the RYZEN 1700X and RYZEN 1700, as they also perform well in games and offer an excellent performance in any professional application. To put it simply, they are all-terrain CPUs.

This can be observed clearly in the analysis that we published about a month ago, the RYZEN 7 1800X general performance is in between a Core i7 6950X and a Core i7 6900K. 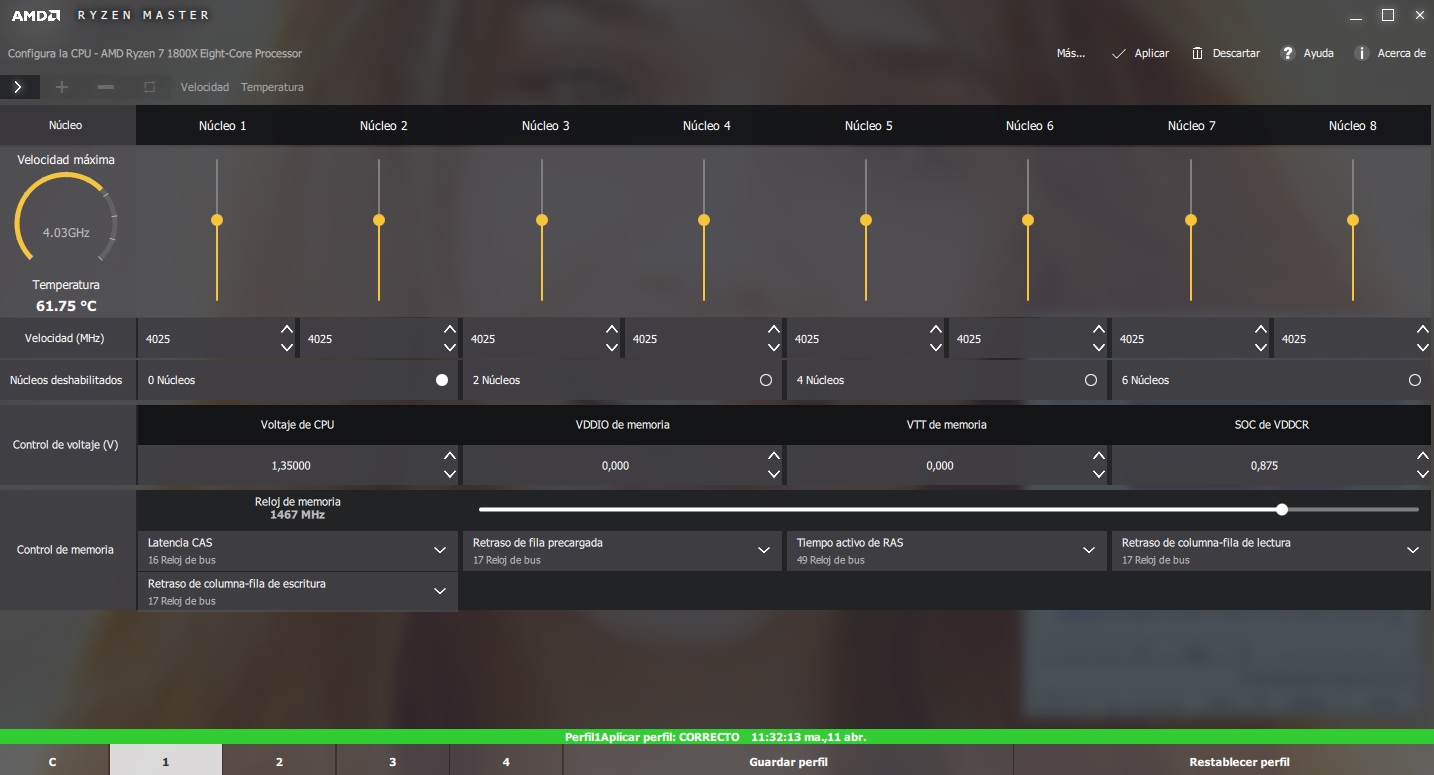 Do they overheat and have a high power consumption?

Not at all. AMD has made the jump to the 14 nm fabrication process and once sorted out the issue with the wrong temperature measurements, we can confirm that AMD RYZEN processors run very cool, even with overclock, and they present a fair power consumption.

For instance, the RYZEN 7 1800X that we tested, kept a temperature of 61 degrees while overclocked at 4025 MHz using a heat-sink Noctua NH-U12S. On the other hand, the RYZEN 5 1600X and RYZEN 5 1500X, presented maximums of 61 degrees and 71 degrees, respectively. Also with a 4 GHZ overclock but with the stock coolers, as we shown in that analysis.

All these measurements were carried out applying a workload that put all the CPU cores at 100% usage, so we can ensure they are fully reliable.

Finally, regarding the issue of power consumption, our analysis proved clearly that AMD has definitely improved compared to the FX generation.

How does the RAM working frequency affect them?

The AMD RYZEN processors present a significant performance improvement by using faster memories, particularly in games. We have noticed in our benchmarks that jumping from a DDR4 memory running at 2133 MHz to another one at 2933 MHz can provide an increase of up to 10 FPS.

This should not surprise us, we discussed already about the impact of the RAM speed in this guide, although we observed that the RYZEN family present a stronger dependence than other processors. So you should keep this in mind when building a PC based on this new generation.

Which RAM should I use with my RYZEN?

This is a good point, we would even say essential. We recommend a configuration with 16 GB DDR4 in dual channel (2 x 8 GB) at 2933 MHz, is something we consider optimal and well balanced in terms of performance, stability and costs.

If we had to suggest a minimum speed this would undoubtedly be 2666 MHz, a value that already provide average improvements of 4 to 5 FPS compared to memories at 2133 MHz.

Is it true that the AM4 platform is unstable?

No, it is not an unstable platform. But there was an issue when the launching happened, since the support for high-speed DDR4 memories was quite limited using kits higher than 2400 MHz produced errors that forced to keep that speed to ensure stability.

AMD has reacted quickly and some assemblers like GIGABYTE and ASUS did an excellent job releasing BIOS updates for their motherboards that have largely solved this problem. Although it is true that there are still some details that need attention and there is room for improvement.

In our benchmarks with two GIGABYTE motherboards, one with a X370 chipset and another one with a B350, we did not experience any problem to increase the memories speed up to 2933 MHz. However, in our tests of the MSI X370 XPower Gaming Titanium board we got a BSOD when using the same memory at 2666 MHz, so we had to lower it to 2400 MHz. 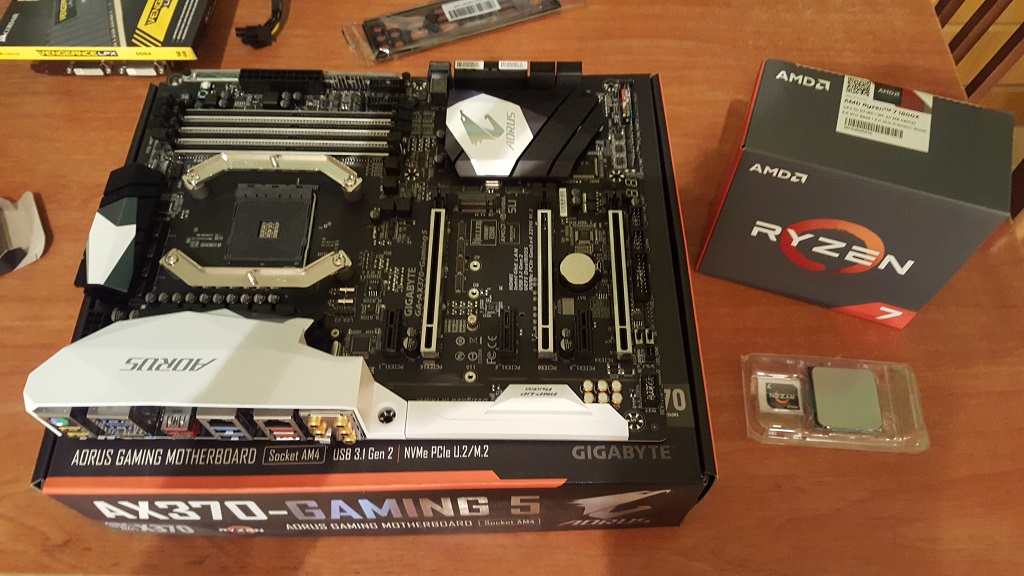 Is it mandatory to choose a motherboard with a X370 chipset?

Not at all, the B350 based motherboards offer a wide range of features and they are a great value for money.

They also allow overclocking and support multiGPU configurations with AMD Radeon graphic cards. So there is no requirement to go for a motherboard with a X370 chipset to fully exploit your AMD RYZEN processor.

Regarding motherboard manufacturers our experiences with GIGABYTE and ASUS have been exceptional, so we can recommend blindly to consider them as the first choice. 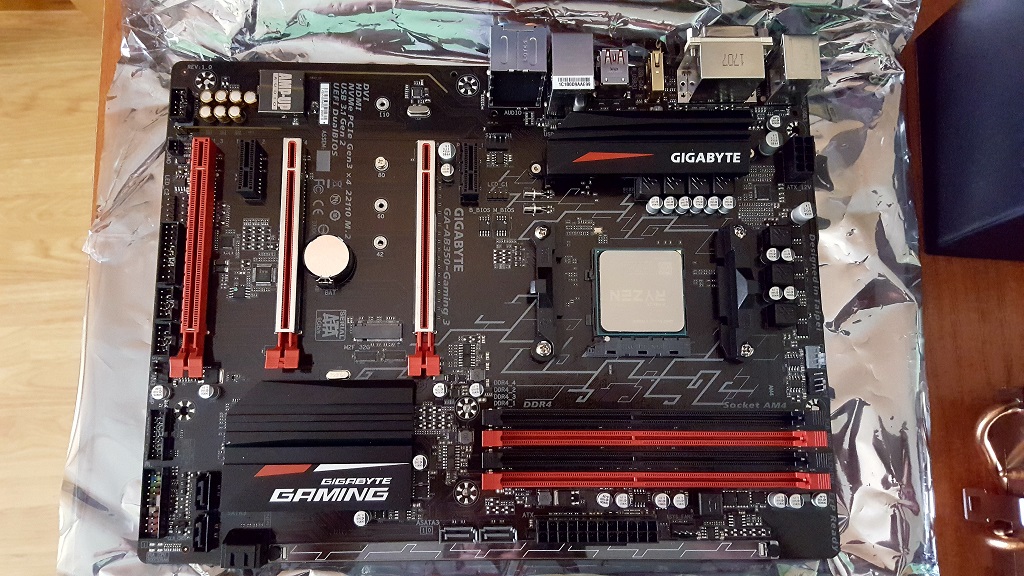 It is said that the new RYZEN CPUs are expensive, is that correct?

Taking into account that they are high-performance processors and they are able to outperform much more expensive solutions the conclusion is very simple, no.

In general, the RYZEN offer a great value for money, although this depends on each model in particular.