With the arrival of Qualcomm’s new SoC Snapdragon 835 and 8 GB RAM devices, “top of the range” Android smartphones will always be “filled” with more and more memory.

But how much RAM should a smartphone have? Should you buy a 4 GB smartphone or one with more RAM memory?

RAM capability has, in fact, become one of the biggest features flaunted around by Android smartphone producers. Much more than its predecessors were.

RAM actually has a lot more of an impact on consumers than previous models, which are increasingly coming in second.

How much RAM does a smartphone need?

RAM, however, guarantees noticeably faster access time in terms of storage: ample portions of the operating system and of the app being used are ran with RAM so as to reset the “bottle neck” coming from storage access.

RAM, furthermore, saves data which allows the operating system to multi-task (which we also talked about in the article Which is better: the iPhone or a top-of-the-range Android smartphone? Don’t look at the specifications).

Android allows for real-time multi-tasking, even allowing you to run several apps at one time. This is a good feature in terms of RAM memory, allowing you to avoid excess storage time and instantaneous recovery for various apps being ran, when necessary. 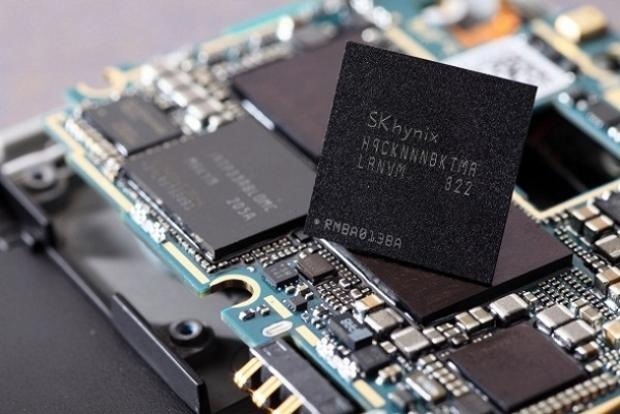 Android and iOS, however, don’t take the same approach as Windows.

In Windows you can actually make the system collapse by opening dozens of applications and tabs on the browser, and by opening heavily-processing images and videos.

But you cannot use a mobile device incorrectly because its memory management is more aggressive.

Whilst with Windows you have to close files and programs to free up RAM space, Android and iOS simply “free up” RAM when necessary: some apps take up storage but, at this point, the operating system can find more.

If, for example, you leave an app and come back to it, after 30 seconds it will run as if it had just been opened.
Ever since the Android 5.0 “Lollippop” was released, we have been recommending smartphones with at least 2 GB RAM memory.

According to Google’s specifications, the minimum requirements for an Android smartphone, based on 64 bit SoC, is at least 832 MB of RAM.

This shows that the benefits of a smartphone with 1 or 1.5 GB of RAM (based on the most recent versions of Android) can be slim.

2 GB of RAM memory is already sufficiently large enough today for most situations. On Android it’s difficult to use more than 800 MB memory at one time, with the exception of very specific app needs.

What’s the point of 6 GB of RAM or more on a smartphone?

If 2 GB of RAM today, for an Android smartphone, can be considered to be the “lowest limit”, up to what amount of RAM does it make sense to go up to?

If a larger amount of RAM memory doesn’t in and of itself automatically imply a bigger impact on battery, any smartphone must be able to balance the advantages that come along with maintaining RAM used for apps, namely removing such apps from the RAM and “parking” them in storage.

The OnePlus 3 has 6 GB RAM, 2 GB more than the “top-of-the range” Samsung model – the Galaxy S7 Edge – despite this device costing twice as much.

But, as far as memory capability goes, is 6 GB RAM really useful? To get straight to the conclusion, the answer is short: no.
When the OnePlus 3 was re-released, users realised that the device used a more aggressive method of managing RAM in a way that lengthened battery life (the device closed apps that were left open in the background).

The OnePlus later distributed an update that made this feature a lot less “strict” towards multi-tasking.
Opening a heavy-processing video game and a pair of social network apps never takes up more than 3-3.3 GB. This is an important feature (the majority of mobile devices do not contain this much RAM) but it is, however, far from 6 GB.

Using the free RAM Meter, you can find out – in real time – how the RAM memory on any Android smartphone is being used.

Behind the scenes: Android RAM management

As we previously suggested, Android – rather than closing every process after it was abandoned (for example a user pressing the Home key and leaving the corresponding app) – prefers to maintain it in memory as long as the system does not decide to remove it to free up RAM space.

The decision to “kill” a process using RAM is up to the LMK driver (Low Memory Killer): every process is assigned a oom_adj value between -17 and 15 from the so called Activity Manager Service.

The higher the value, the more likely the app will be closed because it is “not essential”.

Android then subdivides every process into five “categories” in order of decreasing “importance”: Foreground, Visible, Service, Background and Empty.

The processes in each category are automatically closed at different levels to create RAM memory space. Android’s minfree parameter (/sys/module/lowmemorykiller/parameters/minfree) indicates the type of behaviour that the operating system has to follow and the values that are generally personalised by each manufacturer.

Technological features linked to the type of RAM used

In smartphones the DDR4 RAM arrived relatively recently. Various producers’ best models have begun to use DDR4 RAM last year with speeds that can reach 8000-9000 MB/s during data transfer.

It’s a great step forward when you think that the previous DDR3 memory can reach a maximum 5000 MB/s.

Performances that, as previously mentioned, are however very superior in terms of reading and storing data in internal storage.

To give a some numbers, a mid-range smartphone can read stored data at 40 MB/s and write data at 16 MB/s.

More expensive devices like the OnePlus 3 can reach up to 420 MB/s when reading and 160 MB/S when writing; figures that are, however, vastly inferior compared to an SSD unit (to not mention RAM memory).

This year several changes have occurred: amongst the most important of these is the arrival of DDR4 dual-channel RAM. This is a new era for smartphones because it allows you to double the number of access points for data “stored” in RAM.

The OnePlus 3 mounts the DDR4 dual-channel RAM and, thanks to this technology, it can transfer data at up to 16,000 MB/S.

In the article Which is better: the iPhone or a top-of-the-range Android smartphone? Don’t look at the specifications, we explained why Apple uses a fraction of the amount of RAM on its devices. And because if you compare the Android with iOS and vice versa, you start to compare “apples and pears”

Apps that claim to free up RAM space (the so-called task killers) are useless and counter-productive.

Starting an app up from scratch contributes to reducing freedom and slows down the device: it’s much better to let the Android’s garbage collector run, for example.

If anything, it’s good to concentrate on closing apps and possibly uninstalling/replacing the ones that are always open in the background and the wants that contribute towards reducing battery life as well as weighing down the mobile device.