While they’re already talking about the new specifications for 802.11ad and 802.11ax that will allow to transmit data , via WiFi, with a throughput in the order of gigabit per second (see WiGig, data transmission up to 8 Gbps with 802.11ad and WiFi 802.11ax will let you reach up to 10 Gbps), it’s the 802.11ac standard, today, to let you get the highest speeds by using a wireless connection.

Approved in January 2014, 802.11ac exclusively supports frequencies at 5 GHz. By connecting to a WiFi network at 5 GHz, actually, it’s possible to reach much higher speeds in data transmission phase than the traditional 2,4 GHz.

So, how to check if your laptop supports 5 GHz? And how to see which IEEE 802.11 standard versions can be used?

Most of the wireless routers available on the market today are dual band: that means that they let you set up two independent wireless networks that work on completely different frequency spectrums. The two WiFi networks, at 2,4 and 5 GHz, can be enabled at the same time and each of them will use its specific ID (SSID).

Some particularly performing routers, belonging to higher ranges, are even tri band: to optimize the client connection, and guarantee even higher speeds in data transmission phase, they combine the 2,4 GHz bandwidth use with two 5 GHz ones.

The introduction of the 5 GHz band solves, first, the problem about the WiFi networks crowding. In high population density areas, in fact, detecting tens and tens of WiFi networks, which often share same communication channels at 2,4 GHz, is getting something more and more ordinary.

5 GHz are definitely less crowded and allow to improve WiFi networks’ performance. The throughput of a WiFi network at 5 GHz is actually clearly higher, channel width being equal (the “throughput” is definable as the number of bytes transmitted per time unit, measured at set intervals) compared with a traditional 2,4 GHz network.

The only (significant) problem with WiFi networks at 5 GHz, is the limited cover range: by increasing the frequency, actually, obstacles are harder to overcome than with a 2,4 GHz network.

With a WiFi network at 2,4 GHz you can cover, then, larger areas, but at 5 GHz you’ll have definitely better speed performances.

Nowadays, 802.11n is the most common WiFi standard that lets you get good some speed performance to stream HD videos, via WiFi network, without any complications and/or interruptions.

By going for 802.11n’ specs and using multiple antennas on the router (MIMO technology), the peak-speed reachable in data transmission can get up to 450 Mbps, equivalent to about 56 MB/a (Megabyte/s). 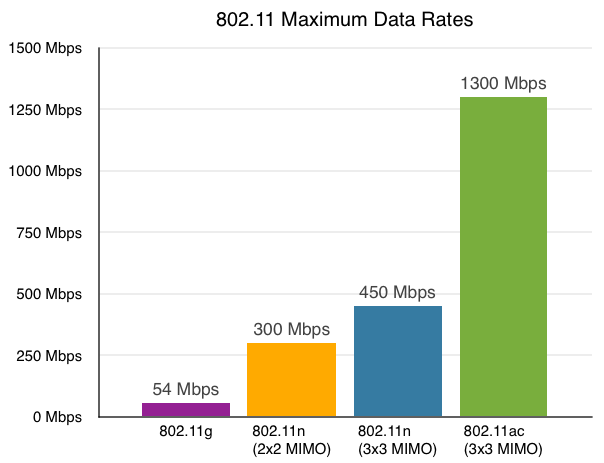 AC routers (“AC” is included in the device’s name) also use the more recent 802.11ac specs instead. 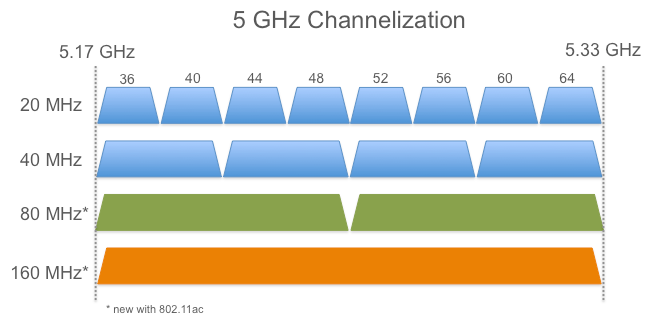 Basically, 802.11ac allows to transmit data up to 1300 Mbps (more than 162 MB/s), about three times better than the 450 Mbps peak-speed of 802.11n. By using MU-MIMO and the 256-QAM modulation, though, router manufacturers have further improved the performance by enabling the simultaneous management of multiple data streams in both directions.

Tri band AC5300 routers even combine two bands of 2167 Mbps each at 5 GHz. An example is the professional R8500 router by Netgear.

It’s hard to take advantage of the throughput guaranteed by 802.11ac routers at 5 GHz to download o upload information on the web.

Even the fastest fiber connection available today in the USA, is still slower than the band offered by 802.11ac routers: in most cases, for the fiber connectivity we’re still around 100 Mbps in downstream, that rarely can be taken up to 200-300 Mbps.

Actually, then, a bandwidth like the one offered by most modern AC routers is especially useful to those who want to stream contents in ultra HD, locally saved, towards multiple devices at the same time and to those who need to move large amounts of data (such as planned backups) within the LAN.

Obviously, even the devices connected to the router will have to support 802.11ac, otherwise getting to maximum speeds during data transmission via WiFi won’t be possible.

How to check if the laptop supports 802.11ac

To check if your notebook supports 802.11ac you just need, in Windows, to run the command prompt (Windows + R, cmd) then type as follows:

Next to the Radio types supported entry there will be shown all the 802.11 standards supported by the network interface controller and its drivers. 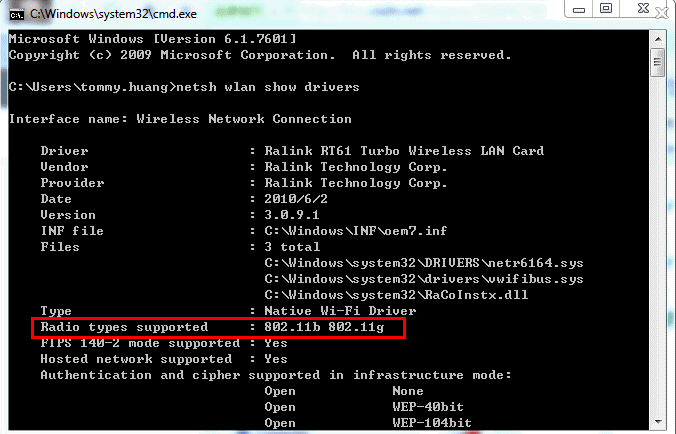 If the term “802.11ac” is missing, it means that it’s not possible to transmit data at maximum speed.

To check if your Mac supports 802.11ac, you just need to click the apple icon, the choose About this Mac, select Network and then WiFi. In the panel on the right, at the Supported PHY modes entry, you’ll find the list of the standards supported by the Mac system in use.