Our computers have hardware components that determine the performance of our equipment. Among them, we can highlight the processor or CPU and RAM, but we cannot leave out the importance of the motherboard and graphics cards, especially in computers from where we spend more time playing our favorite games. Although good components can always guarantee a great performance, there are some external agents that can alter their behavior or the performance itself.

Heat or high temperatures are one of your biggest enemies, even though the components themselves transform the energy they need to run on heat, while they are working. Today’s processors, boards, memories, or graphics cards are designed to withstand high temperatures, however, if we put them to work for a long time, we increase the risk of breakdowns and strange behavior.

It is because of this that we’ll show some tools that can help control or monitor the temperature and speed of our CPU or processor, just like that of the graphic card, and also be able to detect any change in temperature that could potentially affect the performance of these components and prevent any damage from within. 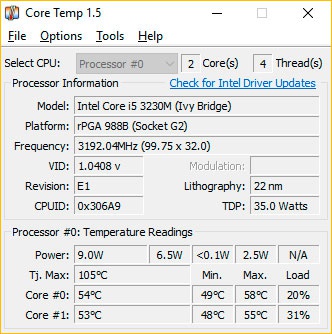 In this sense, the Core Temp tool must be mentioned, as it offers insightful information on the current state of the processor. Just like the different temperature fluctuations that it undergoes, it counts on an easy to manage interface and it can be downloaded free.

Once Core Temp has been launched, the temperature of each individual nucleus form can be seen, such as the current changes in temperature with the difference of loading jobs of CPU. In this way, the state of the CPU can be checked as many times as you would like, especially to examine the thermal capacity to prevent any problems or performance level drops, in terms of temperature. Also, if the computer is left on and running, and you leave your home, you can still access its information with Core Temp through your mobile device using their Android application. 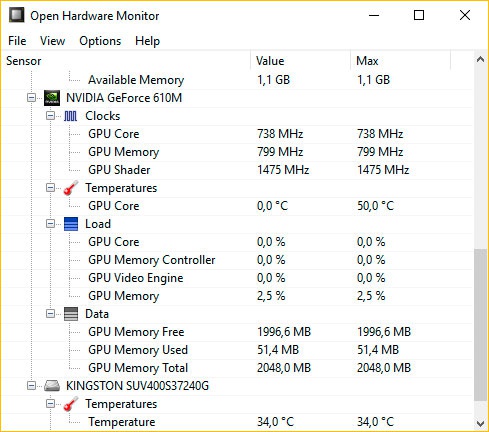 Without a doubt, one of the most complete tools to be used in this type of monitoring of the current state, speeds and temperatures are supported by the most important hardware components of the computer. It is about a coding software that is open and freely compatible with all of the Windows versions and for systems both of 32 or 64 bits. You can download and try Open Hardware Monitor from this link which takes you to their website. 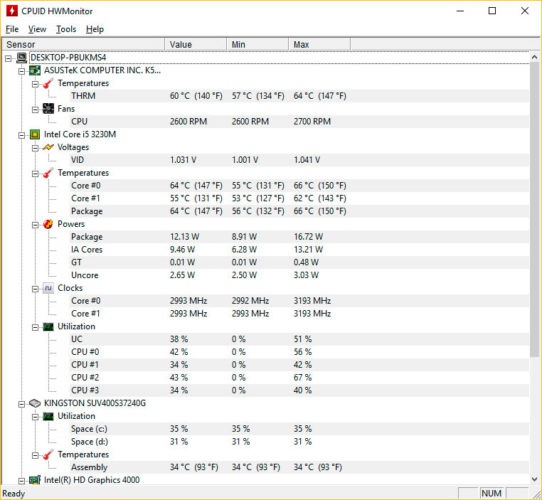 Another alternative is HWMonitor, which is a program that monitors hardware that controls the temperature, usage, voltage and consumption of energy from the CPU, voltages that the motherboard receives, and temperatures and speed of the fans; similar to the voltage, temperature, and use of the GPU and the temperature of the hard drive. It is a tool that depends on an interface similar to that of Open Hardware Monitor, and proves to be very useful in realizing these series of tests imperative in maintaining and elongating the life of the hardware of the computer. Download HWMonitor from here.