How to correctly apply thermal paste

Thermal paste (also called thermal silicone or thermal putty) is a substance that improves the conduction of heat between the surfaces of two or more objects that may be irregular or not be in direct contact. Thermal paste is used to join (paste, in a way) the processor with the base of the heat sink, improving the passage of heat from the processor to the heat sink to dissipate the heat generated by the CPU. Application of thermal paste isn’t at all difficult, but we have to be careful; if we use too much, we might achieve the opposite of the desired effect and end up raising the CPU’s temperature. So be patient and be careful.

Before beginning, let’s clarify a few terms to ensure that we apply the thermal paste in a determined manner.

What is thermal paste, really? And why is it necessary?

The efficiency of thermal paste is measured in watts per meter-Kelvin W/(m•K), which is the quantity of thermal energy dissipated in a certain amount of time. The higher the dissipation capacity, the better the thermal paste.

In PC4U we’ve published a guide with all the types of thermal paste and the best kinds to use according to price. Take a look at it here.

It depends on the architecture of the Intel processor. From Sandy bridge onward (i5-2500K, i7-2600K), thermal paste is applied in a line because its DIE is retangular in shape and we want all of the DIE to have maximum conductivity with the heat sink in that zone. 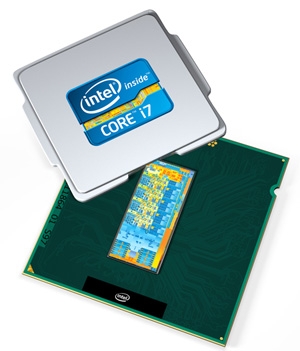 In the image we can see the interior of an Intel Core i7 3770K processor (Ivy bridge, third generation). As we can see, the DIE is rectangular and is placed in a vertical manner on the PCB, so, as we explained above, the best way of applying thermal paste to Intel processors from Sandy bridge onward is in a vertical line and in a reasonable quantity that’s just right. 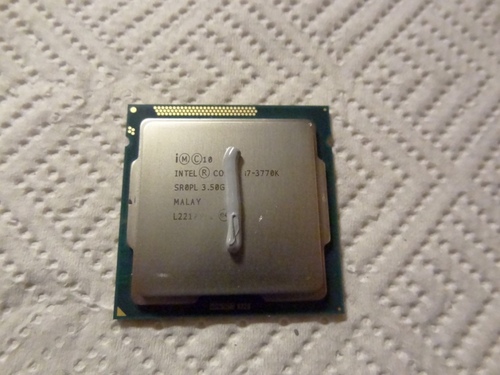 With AMD it’s different. The DIE is in the form of a square (not exactly, but it’s more square-like than Intel’s DIE), so for AMD processors the thermal paste must be on the center of the processor, regardless of the type of architecture. 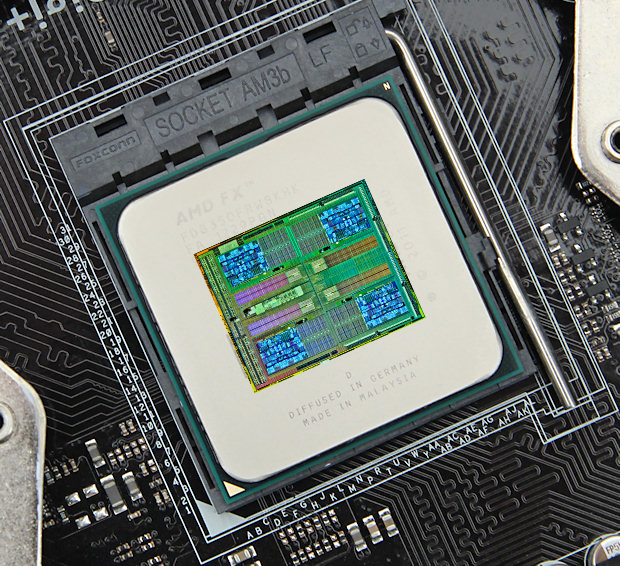 Since the DIE is square shaped, the best way to apply the paste on AMD processors is a little in the center so that the pressure of the heat sink can flatten and expand it. Apply just a little: a drop of thermal paste the size of a grain of rice or a little bigger. 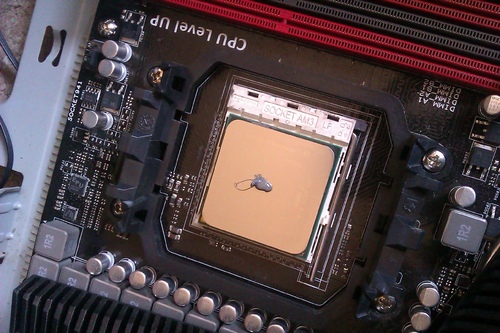 As you all see, there’s not much science to the application of thermal paste. You only need to be careful and apply a reasonable amount. This is especially true for special kinds of thermal paste that may conduct electricity, or thermal pastes made of liquid metal.