The free upgrade program to Windows 10 from computers with a valid license of Windows 7 or Windows 8.1 will end on July 29, as recently recalled Microsoft Vice President Yusuf Mehdi.

If the strategy doesn’t change, to get Windows 10 from July 30 on, you will have to either purchase a license (119 dollars) or buy a new computer with the OS preinstalled. This is the case at least officially, there are other methods that will allow you to get 10 Windows for free after July 29 and stick with Windows 7 or 8.1 until then, if you so choose.

All methods involve performing a sort of “reserve” of Windows 10 before July 29. To understand this, we must remember how Microsoft activates its licensing system. When upgrading from Windows 7 or Windows 8.1 the computer to be updated receives “digital rights”, i.e. Microsoft activation servers check that there is a valid license of Windows 7 or Windows 8.1 and identifies the computer in question as “updatable” to Windows 10.

Starting from there, Windows 10 automatically activates for that computer in particular. From that moment on, whenever you install Windows 10, the computer will communicate with Microsoft servers and it will reactivate it automatically. I’ve personally tried it half a dozen times in a computer that we have to perform different tests, and it works perfectly.

Once the computer is activated with Windows 10, “it will be forever”, though you might, as in our case, have removed it to install Linux or Windows 7, 8, and again reinstalled Windows 10 afterwards.

Before continuing, we should make two clarifications. The first is that this method works right now (before July 29) but we don’t know if Microsoft will modify it in the future. We believe that won’t be the case, but if you do not activate Windows 10 by then, you’re on your own.

The second clarification is known and was acknowledged by Microsoft. If you change substantially the hardware of your computer, Microsoft’s servers will not be able to activate it. We believe that it affects computers only when you change the motherboard. In these cases, you must request activation from Microsoft. We are talking about OEM license, i.e. the one that comes pre-installed on a new computer. You can install the Windows 10 retail copies on any compatible computer. Legally, only on the number of computers for which you have licenses for.

How to get Windows 10 for free after July 29

All things considered, the methods to install and activate Windows 10 on your computer after the official deadline for free, are the following three that we are going to discuss.

Updating and going back

It consists of upgrading to Windows 10 before July 29 and then returning to the old system using the 30-day trial offered by Microsoft.

Update from Windows 7 or Windows 8.1, and once you activate Windows 10 on your computer, you should switch back into “reverse gear”, available at Settings – Update & Security – Recovery – Back to a previous compilation.

This is the simplest method, because it does not require formatting manually or messing with the partitions, and because it preserves personal files and user settings. It is not 100% safe, because Windows 10 does not update all applications (the ones not supported) and there is always a small risk of losing files in an update. Make a backup of your files just in case.

When you decide (after July 29) that it is time to make the leap to Windows 10, you can install it using a clean installation assuming that the free Windows 10 program will have already finished. Since your device was already registered, you will be able to activate Windows 10.

Creation of an image file

The second method is similar to the previous, a little more complicated but safer. It consists of creating a full image file of your system (Windows 7 or Windows 8.1) before upgrading.

We can use the internal tool of the OS or a better one, a third-party cloning application like the free version of Macrium Reflect Free. Once the complete system image is placed on an optical disk or external USB, you can upgrade to Windows 10.

Once you verify that Windows 10 has been activated, we can restore the image of Windows 7 or 8.1 to return to the previous system, but since we placed the reservation on the servers, we will be able to reactivate Windows 10 later, using a clean installation. If you can handle this type of cloning programs, you can also choose to create an image of Windows 10 and restore it without having to re-install.

The third method is to perform a clean install, which in most cases is much faster than to update, even if you have to reinstall applications. The goal is the same. In Windows 7 or 8.1, backup the files you want to keep.

Once done, follow any of our guides to install Windows 10 from scratch and creation of the official media from Microsoft. 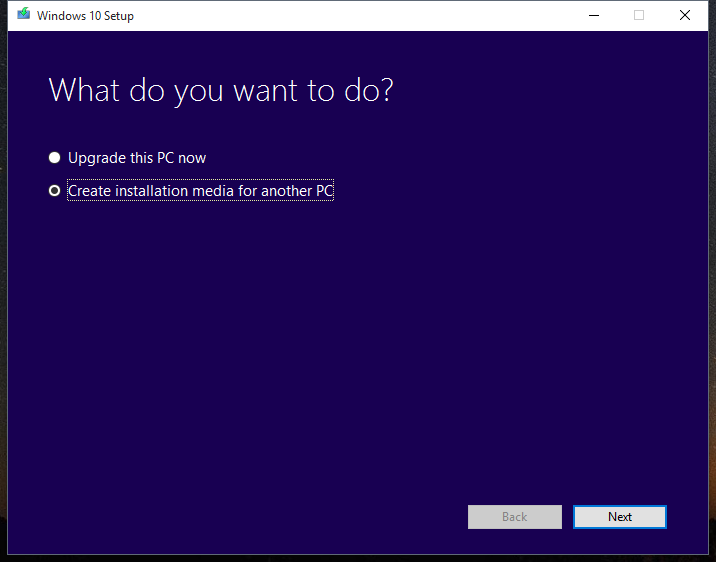 As in the previous cases, once installed check that Windows 10 is activated. Starting from there, reinstall Windows 7 or Windows 8.1 from scratch with your license. When you want to start using Windows 10 definitely, install it the same way.

Again I insist that these methods work now, but it is not guaranteed that they will work once the free upgrade program end, on July 29.

Otherwise, I’ve been testing Windows 10 for many months, updating multiple computers and my personal opinion has not changed. I like what I see developing in the Insider version, and I think that the Anniversary version will finish polishing a more stable OS, with better support from both Microsoft and third-parties, working equally well in the latest devices as well as legacy ones. Not everything is positive. Working on a desktop PC, the start menu gives me the chills, as with everything in general related to Modern UI, which I do not use for anything. But it works perfectly on touch screen computers, it has improved integration with the desktop on PCs and you can customize it to your liking, with internal functions or third-party ones.

And being pragmatic, Microsoft will not improve anything in Windows 7 and 8.1, which will be limited to releasing security patches, until 2020 in the first case. All development is intended for Windows 10. Improvements are still needed in Edge, Continuum, Cortana, making the desktop more attractive and not so flat, or wait for the arrival of games to DirectX 12 but if you bet on Windows as a platform, the future is clear for where you are going.