How to limit your NVIDIA GPU’s maximum FPS

Capping our GPU’s maximum FPS might seem silly, but it provides some advantages in certain scenarios. For example, we can reduce our GPU’s noise and consumption when we play games that are not demanding. This is a way to get rid of the GPU’s noise, which is important when using laptops, and limit consumption.

If we combine said advantages with the settings of any game, like reducing FPS to the minimum (which can be done in games like Overwatch), we can maximize results in terms of reducing input lag and improving image quality. All of this is what we would expect from G-Sync when it is working at its fullest.

In those case, we just have to go for a FPS value below those of our monitor’s vertical frequency, like a minimum of 30 FPS, but the best option would be 50-65 FPS. We can actually cap FPS as much as we want as long as our monitor has a higher vertical refresh rate than the amount we set.

My favorite method to limit FPS is using RivaTuner Statistics Server, which can be found on MSI Afterburner or downloaded directly from the source (none other than guru3d.com). 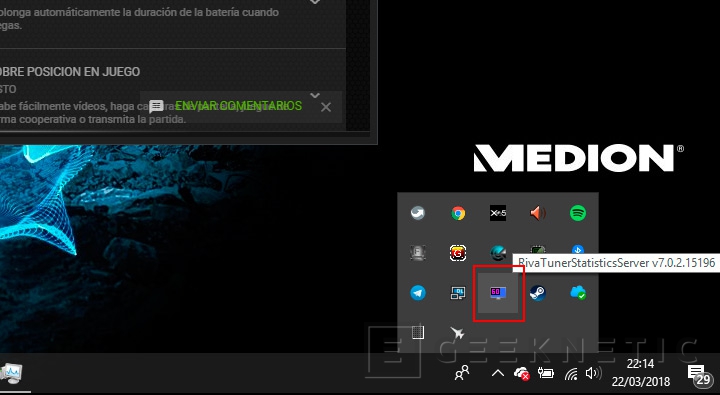 This utility is used by a lot of people because it displays system information on screen while gaming, but it also has a good FPS limiter that uses delay settings. 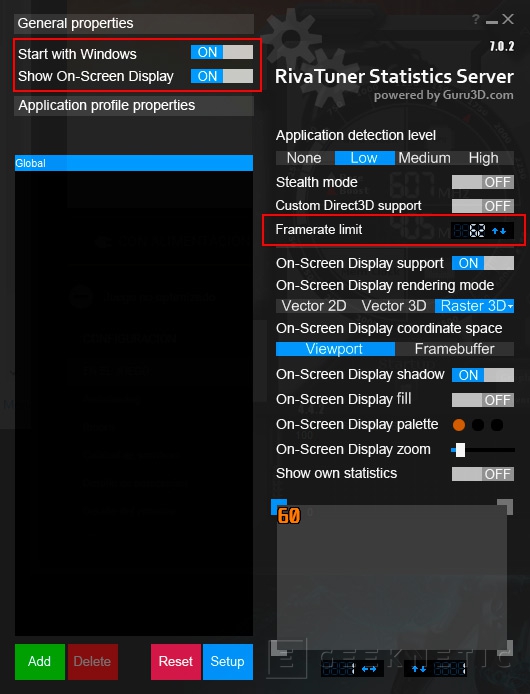 To use the utility, we just have to install it, restart the system and click the app found on the Windows taskbar. My advice is to let it run automatically on Windows startup, and then we can activate “Frame Limit”, which is found on the right as a counter. We set the value that we want and then every game that we run will be limited to that FPS value.

As you can see in the test video, the GPU reduces its temperature and drop its frequency by up to 1,000 MHz. The GPU also needs less cooling, reducing noise. The monitor has G-Sync, meaning that we also reduce input lag while keeping an excellent image quality.