HP has introduced a new generation of laptops among which is the latest generation of its Ultrabook HP Spectre 13, an update to convert the HP ultraportable laptop in one of the thinnest you can buy. 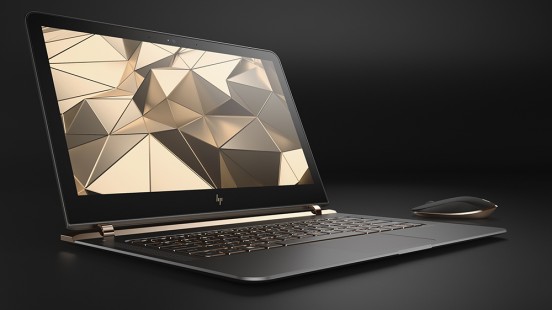 In a world where fewer and fewer desktops are sold and when you want to buy a laptop the prices are always getting lower, those who really give money to these companies are the high-end range, such as MacBook Air or Dell XPS 13 type Ultrabooks, among others. This is where HP wants to place its new HP Spectre 13, a laptop as thin as a AAA battery, in other words, 10.4mm thick. 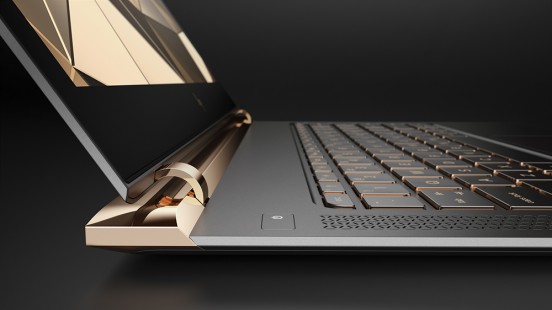 They’re just a few millimeters, but this HP Spectre 13 already beats the new 11-inch MacBook measuring 13mm closed. Along with its IPS screen size up to 13.3-inches and its premium materials, HP begins to achieve a high-end laptop with good features.

Its has in its interior a sixth generation Intel Core i5 or Core i7 processor, also 8GB of RAM memory and a 256GB or 512GB SSD unit for all your files.

The screen reaches 13.3-inches and has a resolution of 1,920×1,080 pixels. It doesn’t have a superior resolution like other devices of this type, such as the Microsoft Surface Pro or Dell XPS 13, but a 1080p resolution at this size is optimal today.

One of the most important features of these devices is not its design or thickness, but its battery. Being so thin the battery usually takes up much of its interior, because a laptop like this is useless if it only gives you a few hours. According to HP, with the new Spectre 13 up to 9 and 45 minutes of use are achieved, which is something that will depend very much on the type of use given by each person.

It’s striking that HP adds three connections to this device, two with Thunderbolt support and one with USB 3.0. all use the new USB Type-C connector that allows battery charging in both directions.