Apple has tried to compete with some PC concepts, especially with Microsoft’s Surface Pro, with a more capable version of their flagship tablet. We have tried the latest version, the one with the 9.7” screen, and this is what we experienced in terms of its usefulness for work and other work related tasks.

We have focused on our personal experience and on our daily working needs so a lot of you surely won’t agree with our final thoughts. However, these are ours and they have been reached after two weeks of heavy usage.

I think it’s important to briefly talk about the iPad Pro’s hardware, specifically the 9.7” model, in order to focus on the options and storage capacities it can offer. We’re talking about a medium sized tablet which features a retina display with the standard retina resolution. However, the screen on this model has better color capabilities than the traditional iPad models. The display offers more color depth, less glare and is also much brighter. True Tone technology makes it one of the market’s most capable display, giving it the ability to adapt perfectly to ambient light via a four channel sensor. 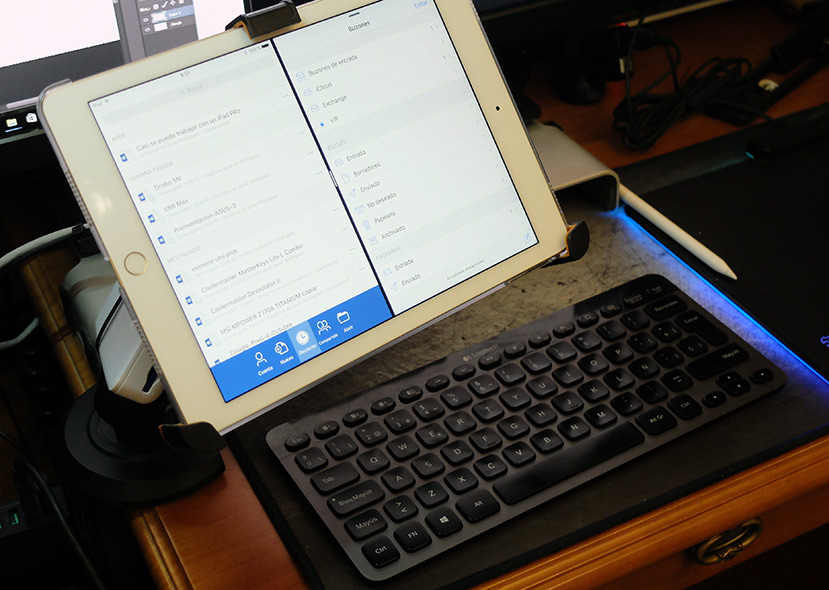 The screen also includes a stylus called the Apple Pencil, which will be sold separately for more than 100 Euros. Inside lies an Apple A9X processor with two high performance cores and a graphics processor, making it one of the most powerful SOCs available. It comes with 2GB of RAM and a minimum of storage capacity of 32GB, but also available are a 64 and 128 GB versions.

It also comes with 4 speakers which automatically adjust, depending on the orientation of the tablet. It boosts medium and high frequencies on the upper speakers and adjusts the lower frequencies for deeper lows.

In terms of battery life, it should last about 10 real hours, with mixed use, it fully charges in only 2 and a half hours. It has high speed AC Wi-Fi, Bluetooth 4.1 and NFC. It also has a magnetic port for connecting accessories such as the Smart Keyboard. It also has a fingerprint sensor which doubles as the home button.

The iPad Pro’s main camera can shoot 4K video and slow motion video up to 240 fps, it also has a high resolution 5 MP front facing camera. All of this in a slim design (the average thickness is 6.4 mm and it weighs 450 grams), and in four available colors for its anodized aluminum chassis.

It’s useless for working, but it makes you more productive

While it’s true that we can find an endless amount of professional apps for iOS, from big developers, I don’t think the iPad Pro could be used for serious work like a laptop, be it a PC, Mac or any other kind. 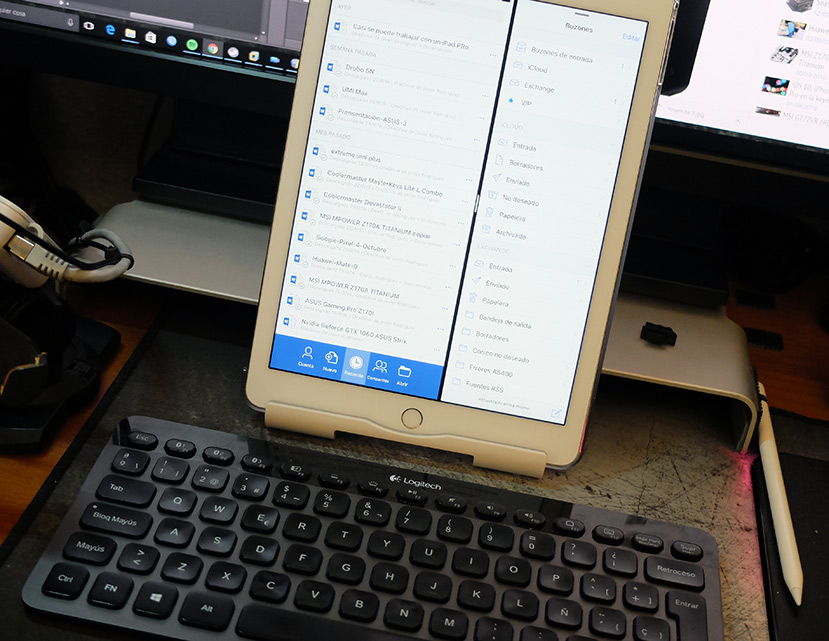 The screen size and the lack of features on the applications make this impossible, unless your work is business related or something similar. The same can be said about other similar devices, such as the Google Pixel, or any other small computer.

In my case, having been writing articles for almost 18 years, it has allowed me to focus more on my writing while having less distractions. If we combine it with the great potential for multimedia of a modern tablet, then we will have a great simultaneous combination of work and entertainment.

Its double window multitasking feature, or its mini video windows timely access or the lateral reduced format, allow us to focus more on our writing than on other windows, which is very common on a traditional computer.

It takes better advantage of and makes it easier to access the cloud and to share things with other people. The concept of always being updated, which this or any other modern tablet offers us, allows us to always be up to date with everything that’s going on with regards to our flow of information.

All of this translates to its ability to help us focus on certain aspects of our daily work flow, with less visual clutter, which we could “finish” on a more traditional and functional device. It is a companion which can help certain kinds of professionals, specially those of us who require a lot of office automation, since it has very powerful applications such as the Microsoft Office suite.

The creative folks will also find this model to be a useful tool they can always have with them and that will accelerate their creative process, but once again, depending on the more powerful tools to make the final adjustments and to accelerate production.

The best and the worst parts of the experience

Apple products have some very important advantages. The first one is without a doubt their operating system, which is created specifically for them, the second one is that Apple gives free support for several years in the form of free system updates, it is an unfragmented environment, there’s an endless amount of accessories with which we can complement our devices and a huge and always growing variety of applications. 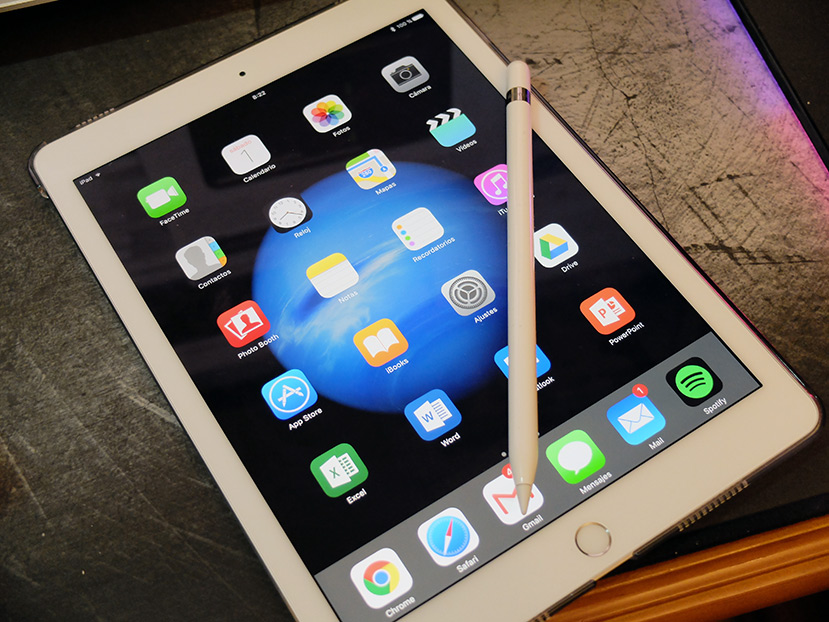 On the other hand, they are very expensive devices and are in a completely closed environment which only gives you the features that Apple thinks are good for the user. The iPad Pro is a perfect example of this and it doesn’t do what the manufacturer promises unless your idea of work is very particular.

It’s an excellent tool to combine with more traditional solutions. It allows us to pack lighter and start working virtually anywhere. Apps are still lacking a lot features which you would be able to find on applications for more traditional operating systems, but they are improving very fast.

It allows you to focus on the main task, but also offers essential apps which will help you concentrate and decent multitasking capabilities to complete the information flow required by the main task. It also helps you structure productive processes towards the best tool for each moment and allows you to work wherever you are with more portability than any other traditional computer, no matter how light may be.

Its main disadvantage is that this model, the most affordable one, costs almost 599 dollars. It’s one of the most expensive tablets on the market, but also, certainly, one of the best and most complete tablets. A good tool for work, but very far, light-years away from the potential that a traditional multi window system has to offer.