The starring cast of Intel Kaby Lake processors that were introduce last week included the Core i5 7600 and Core i7 7700 series, and logically these were the main focus. However, many new processor of the Pentium family were launch and an interesting fact is that some of these possess Hyper Threading technology that as you know provides two processing threads for each physical core.

This has not been presented this way by Intel, but it certainly appears in the published database of the manufacturer (Intel ARK). The Pentium models that have enable Hyperthreading according to this database are as follows: 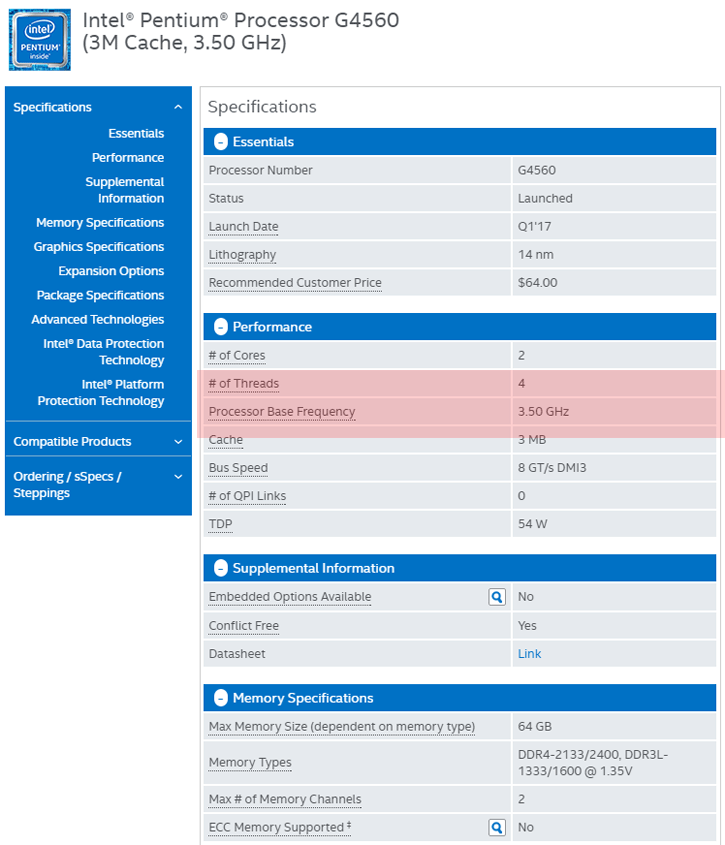 Historically, the latest generations of Pentium processors only had two cores, and in no case they possessed hyper threading technology. This is then a new feature that we’ll start seeing from Kaby Lake on, and that will make processors around 60 dollars become a pretty viable option with a performance almost at the same level as Core i3 processors (basically the biggest difference is that Pentium processors can’t withstand the advanced vector extensions AVX2 pretty useful for video editing), which makes it reasonable for Intel not to cast to much attention to its launch and features so it doesn’t overshadows the Core i3 sales.

Most probably you already know how Hyper Threading technology works now that it’s part of some Pentium processors besides the Core i3 and i7, but it’s still worth explaining it for those who don’t know. This technology, broadly speaking, consists in making each physical core able to perform two instructions simultaneously, by what is called processing threads. By doing this a dual core processor can act as a quad core processor, and a quad core as an octa core processor.

Usually, having hyper threading technology does not imply higher consumption, but it does raise the processor’s temperature. A clear example of this are the previous Core i5-6600K and Core i7-6700K, both processors that leaving aside clock rate and more cache memory in the Core i7 case, have as main difference the use of hyper threading but they have the same TDP of 91 watts as well, and yet the 6700K heats up considerably more than the 6600K.