What purpose will it serve to present yet again Kaspersky? The security service provider, which for some years now has been one of the major players in the market. It is difficult to find an antivirus product with good comparative advantage without finding the product range of Kaspersky there. Naturally, the fame of Kaspersky is essentially owed to the performances of the software, but also due to the various news with which the founder Eugene Kaspersky is often involved in. And yes, sometimes he is at the heart of security-related discoveries, sometimes he is accused of false positives, however, that does not prevent him every year from receiving praise and laurels from his clients who are loyal as ever. So what are the new innovations of the 2016 Anti-virus series?

These are what we will be revealing to you in what follows;

This is the good news; Kaspersky Internet Security 2016 is indeed compatible with Windows 10. Indeed, our PC had no problems during the installation of the software. Sequel to the 160 MB program, an installation which usually requires some time, it remains nevertheless reasonable compared to other softwares. The exploration of this new edition was thus able to take place quickly, even if it took more time to update the database of the security suite before you can really use it (which could be quite annoying when installing a new product on ones PC or whatsoever). Kaspersky has redesigned the interface of its security suite, which for once at this time has really improved the quality in sharpness and intuitiveness. No more imposition of the big buttons of the 2015 version, this year everything is controlled, for a more simple and handy interface. All the main features (virus Scan, update, Safe Money and Parental controls) are accessible right away. Furthermore, if last year’s Kaspersky displayed advertisements for its products throughout its interface, this year, the publisher has decided to play the card of discretion, which we thank him for doing. 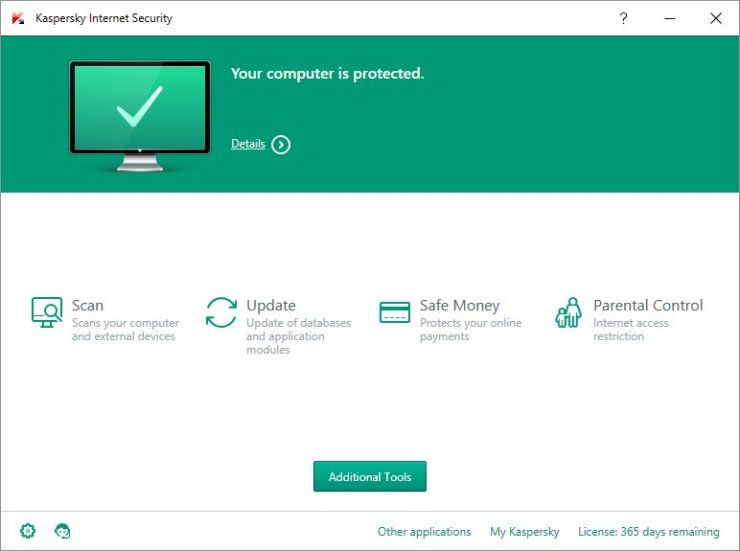 But the real innovation lies in the “Tools” menu. The latter presents in tabular forms three essential information in real-time: the Application Control, Network monitor as well as analysis reports. It is therefore, possible to see if one or more people are using your network uninvited. A good means of controlling one’s connection and stop unwelcome guests from performing operations without ones’ knowledge. 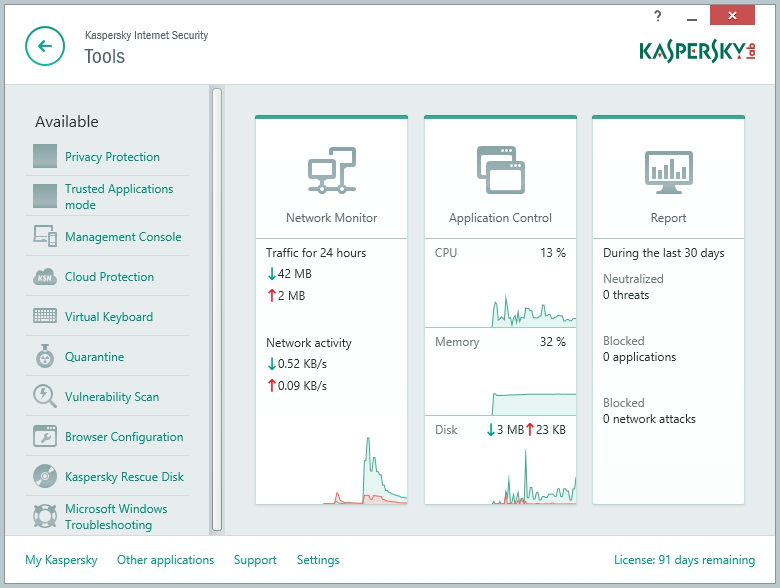 While improvements have been noted during this test, some oddities also emerged. This is the case of the bank protection feature. First of all, Kaspersky does not differentiate between its site and that of others, since it is entirely possible to block it. It is worthy to note that it is compulsory to install a plugin in the browser to be able to use the secure browsing and bank protection that is connected to it. The only problem is that the program does not recognize when the extension is enabled, and then puts an alert message at the bottom of the Safe Browsing window. An inopportune bug, which if not quickly corrected could pose some problems for the operation.

Now, let’s move to what really interests us most in this product, the scan. Since the launch of the full scan, Kaspersky Internet Security has detected rather significant number of threats, including a malicious administration program of passwords which we were able to remove with just one click. Indeed, if the analysis takes in general quite some time, deleting it is faster, so much better right? The advantage of Kaspersky is that users can use the software without going through complex configurations. The program indeed, incorporates a smart engine that knows what to look for and where to look. So even when we don’t know anything about computer security, it is possible to effectively protect your computer and personal data easily. Besides, after the removal of threats, the software automatically launches an analysis to be certain of the good condition of the computer, and also carries out a definitive deletion of all the harmful malwares. A sizeable automatic scan based particularly on rootkit scanning, lasted just three hours. Nothing more than that! 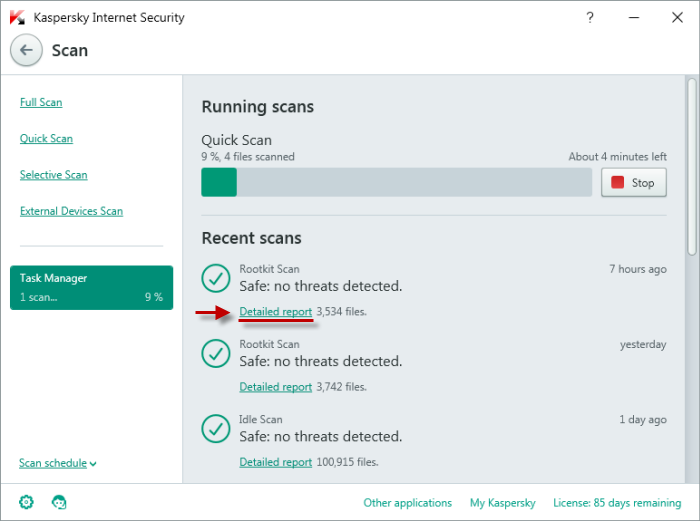 But be rest assured, if you do not completely trust the program, you will come across like last year, the Settings. There, you can choose to force the protection to be applied to the antivirus as well as all the other features of the suite in question. The activation and deactivation button of the system clarifies this operation. It is worthy to also note that if some of the main features are enabled by default, some are not. For example, this is the case of the anti-spam or anti-banner. 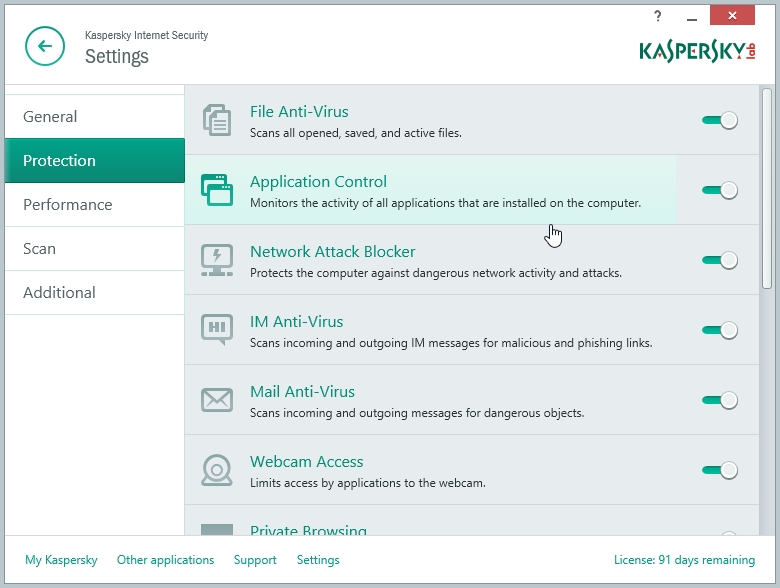 In order to test all the resources of the antivirus Kaspersky Internet Security 2016, we submitted it to a poxy USB stick. And there again, the results of the detection engine were very conclusive. More than 2000 threats were detected by the latter. However, whoever said performance software said very slow slow software. Faced with so many threats, analysis of our USB stick with Kaspersky Internet Security took us well into the afternoon, unfortunately that is the price to pay to be maximally protected. 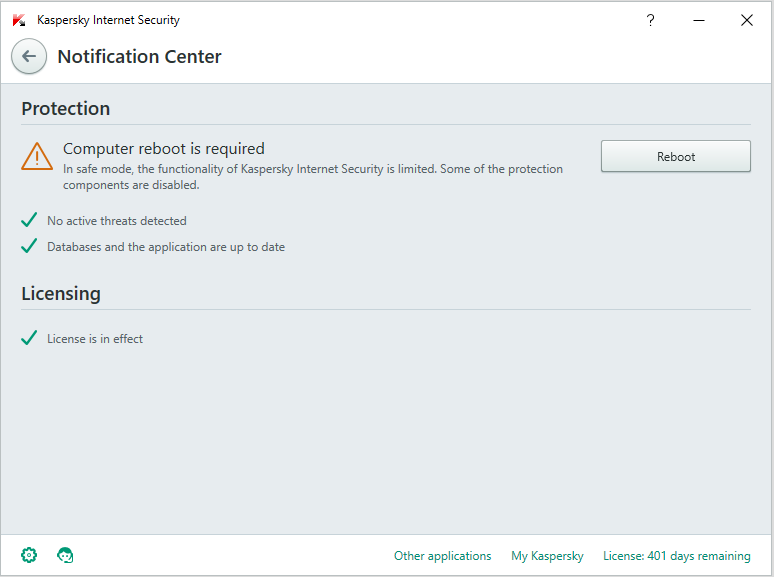 Finally, let’s end with a tool that is increasingly becoming popular among parents who are concerned about the safety of their children: Parental control. And yes! After some small tests on the internet, this software works well. We tried to find videos dedicated to adults only with the word “porn’’ into Google Video, it led us to 0 result (which is not the case if you perform the same query without parental control) . It is a reassuring tool for parents, who will have the possibility to monitor all sites searched or visited by their toddlers, directly from the interface of the software at a glance. However, being simply a password-protected parental control make it seems difficult to believe that children cannot bypass it, but that is totally another story! 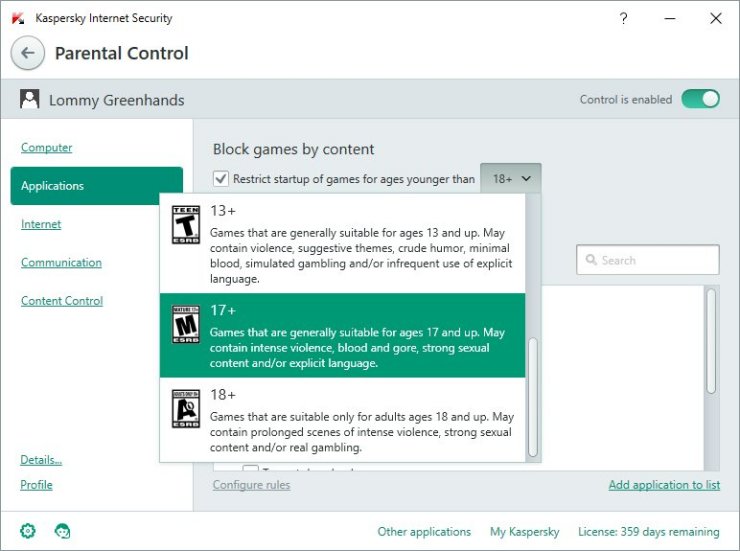 Unsurprisingly, Kaspersky Internet Security 2016 proves again this year its professionalism with a simple, accessible and efficient product for virus protection. The security editor has been able to take into cognizance criticisms of past years so as to be able to offer a rich and improved 2016 version of the product. However, if the main purpose is the security of the PC and private user data, Kaspersky should be able to let go of some unnecessary applications like the anti-banner, which ultimately serves very little in fact nothing at all to its customers. Moreover, despite a certain efficiency of the software, some bugs appeared slightly to disrupt our test. A result which clearly shows that the perfect product is not yet there, and that Kaspersky still has a lot of work to be done, from a technical point of view rather than security perspective.