AMD made a presentation the other day to show the media specialized new Radeon RX 470, and RX 460 are coming. As always, “someone” has not respected the confidentiality agreement and leaked slides that show the technical characteristics of these two graphs, as well as its theoretical performance in games.

The same old story, and now we have complained many times. All media have this information in advance (logical, we have to report it when they arise, in addition to doing appropriate reviews), but we cannot publish because we have signed a confidentiality agreement, but there is always someone who not only skips but also it puts watermark to your images so that when we do echo others quit their website in large letters. 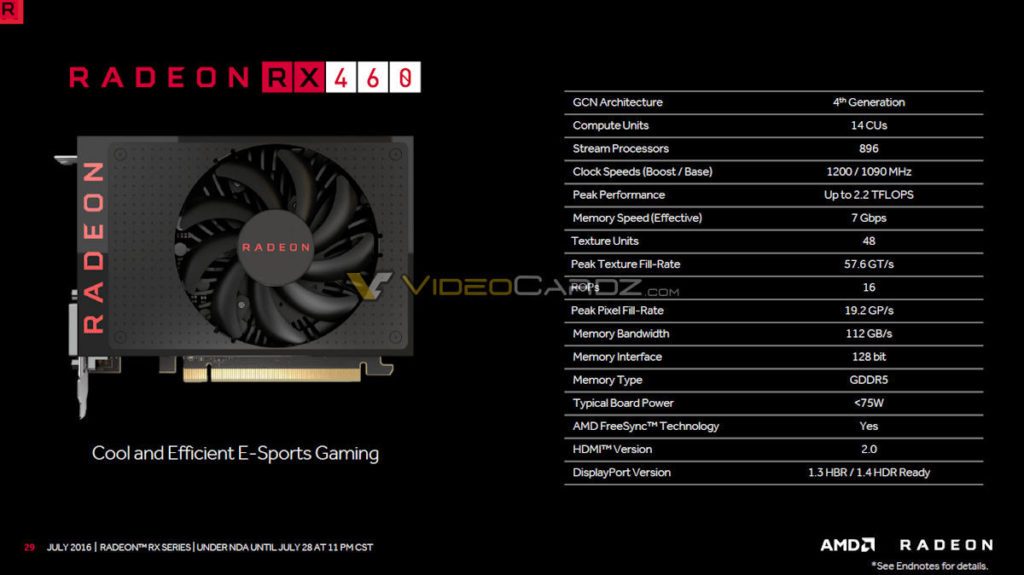 As you can see in the chart below, part of the presentation of AMD, presents a considerable increase in performance compared to the Radeon R9 270 two generations ago. Why AMD has compared it with this graphic and not the R9 370 is hard to understand. 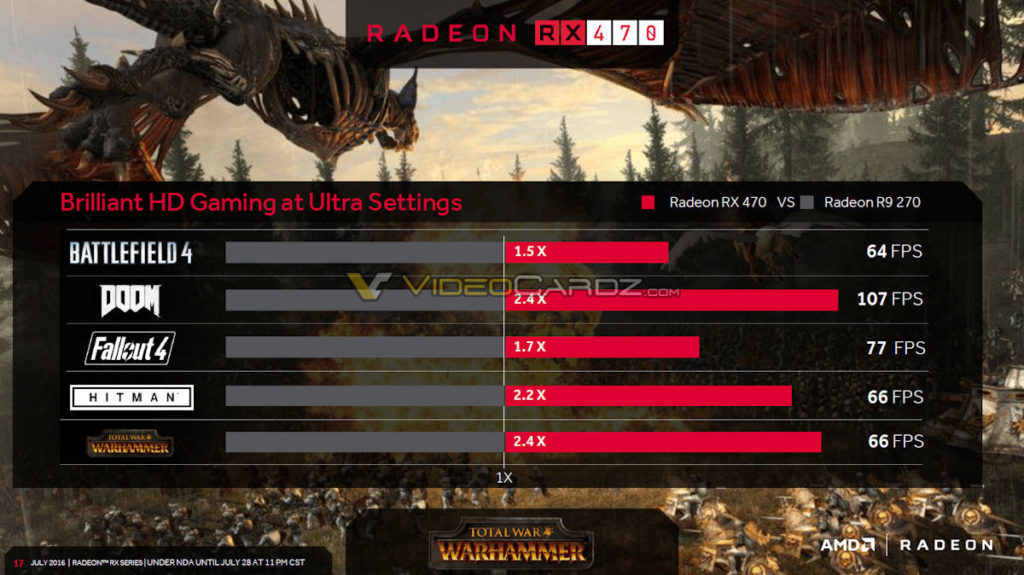 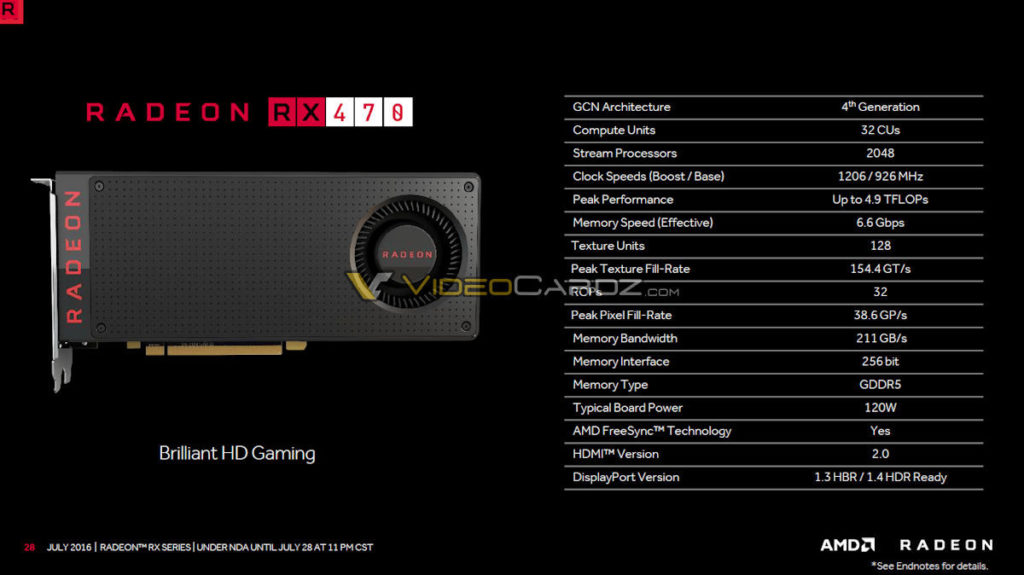 As you can see, the Radeon RX 460 is very very lower than the RX 470 (and not to mention the RX 480), but still able to deliver a fairly decent gaming performance according to data provided by AMD, if compared to the Radeon R7 260X. 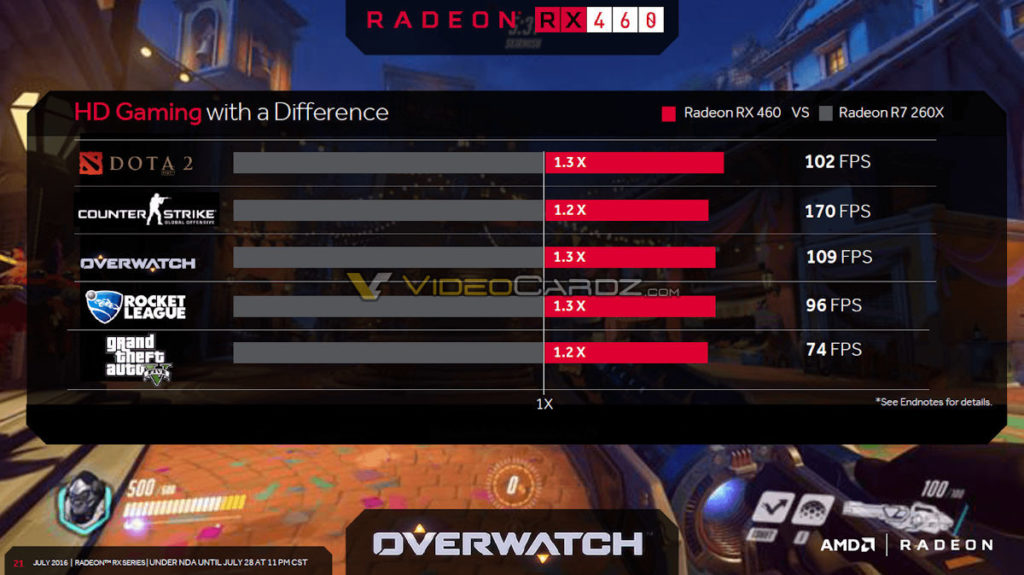 It remains to mention that, while the Radeon RX 470 requires a PCI-Express 6-pin connector from the power supply to operate (its TDP is 120 watts), the RX 460 takes all the power it needs from the PCI-Express socket motherboard, so it requires no additional power (TDP is 75 watts or less).

The RX 470 will be available from August 4, while the RX 460 will come a little later; the 8th-day Final prices have not yet been confirmed.

Read More:
Best Gaming Laptop
Best Gaming Monitor
Five PC components that you need to know which one is the best for you