MSI announced the launch of its new high-end top motherboard model for the AM3+ socket, which goes by the name of MSI 990FXA Gaming and it is notes because it incorporates USB 3.1 connectivity, which offers transfer rates that double those achieved by the USB port 3.0. 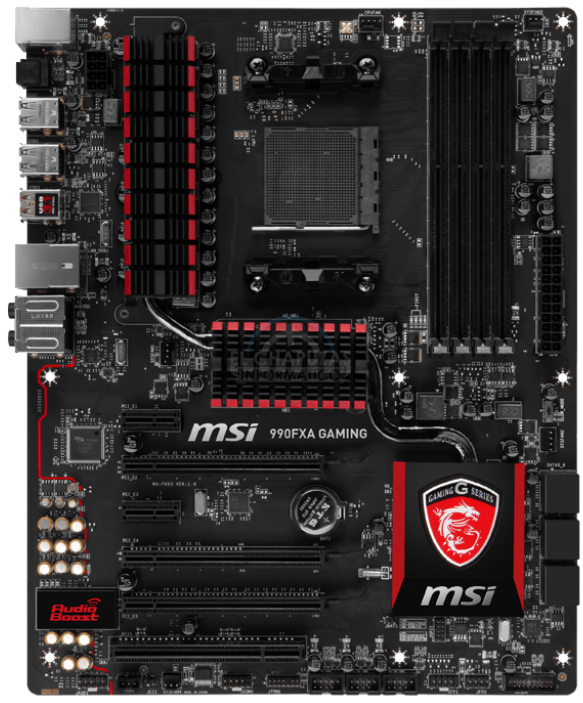 The specifications of the 990FXA Gaming are completed with 14 USB 2.0 ports (8x in the panel I/O), two USB 3.0 (per head) ports, and two USB 3.1 ports; Realtek ALC1150 audio with the Sound Blaster audio technology Cinema 2 and Audio Boost 2, space to connect fans of 3 and 4 pins (2 each plus the one for the CPU), Killer E2205 Gigabit LAN connectivity, Combo PS/2 connector for the mouse and keyboard, DUAL AMI UEFI BIOS of 64 Mb which comes in an ATX format and its price stills remains a mystery.