One of the latest series to be renewed by Intel are the quad-core processors for laptop computers. The truth is that the need for energy conservation, which is one of the fundamental improvements in the Broadwell cores, was not that important in these series. Still, here are the relays already, which come with similar consumption and performance to that of the previous models, but with some improvements, mainly at the graphics level. 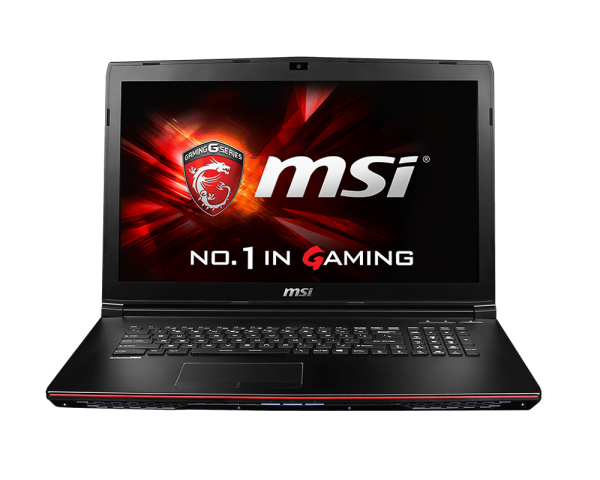 The MSI model that we’re presenting today is a cheap gaming laptop variant but that can easily become the replacement of your desktop PC with an overall balanced performance and dedicated graphics card capable of offering us some quality gaming. Let’s go to the details.

MSI’s GP72 2Qe forms a new cheap 17” laptop series. It has a design similar to that of PE70, the “offimatic” model, but with a more aggressive type, more gaming. It is a simple laptop, without boasting but with a powerful hardware that makes it a good computer.

We can find a good example of this in its Core i7-5700HQ processor, with 4 cores and 8 process threads. This processor has a base frequency of 2.7 GHz with turbo modules up to 3.5GHz. Its power consumption is 47W and the performance improvements, despite being just a manufacturing process revision is around 5%. 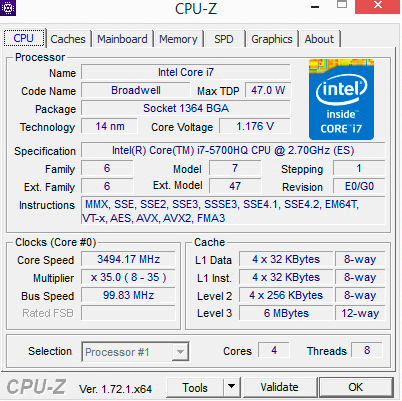 It is accompanied by a new generation graphics card, an eight generation Intel HD Graphics, with 24 process units and a variable speed between 300 and 1050MHz. It has around 20% better performance than its equivalent model from the last 22nm generation. The graphics of the HQ processor – Haswells too – already enjoyed superior graphics connectivity that was shown in 4k displays support at 60 MHz. This is kept and it’s augmented since it is now able to control more screens in the same way. 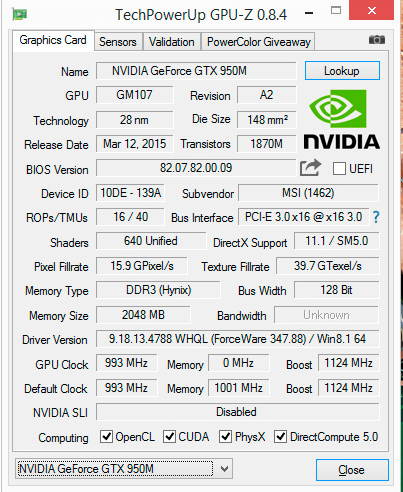 Anyhow, the integrated graphic card in this MSI model has little to say since it sports a GeForce GTX 950M from Nvidia with 640 shader motors and a Maxwell architecture (GM107). The only pity is that the MSI integrated module is the basic model with DDR3 memory instead of GDDR5. This reduces its available bandwidth to a little more than 40GB/s. This is pretty similar to the GeForce GTX 850M, in its Maxwell variant, with a little more main frequency reaching 1124MHz in the turbo mode. It has a VRAM capacity of 2GB, 2048MB.

The prototype that we were able to try comes with 12GB DDR3 RAM memory, occupying the 2 available SODIMM slots, with a pretty 1TB mechanical disk. The machine has a M.2 slot, you can add a M.2 format SSD easily. The systems are completed with a DVD-RW optical unit.

This laptop has an excellent quality display with a mate IPS panel with 1920×1080 points. It is perfect for us since the installed hardware adjusts perfectly to our specs, plus the panel offers great quality colors and perfect angles. It is a good way to complete the basic specs of a good working PC where we’ll also be able to do some gaming. It is a pity that it doesn’t count with a TrueColor screen equalization for the hardware, which its twin, the PE70 does offer. 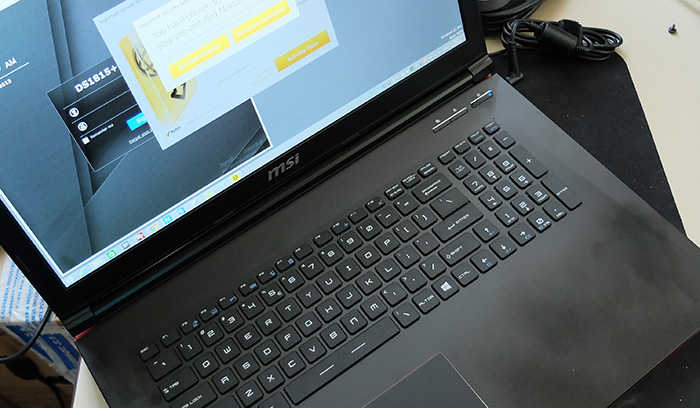 A good display that is also combined with a good connective set. We start with a solid Wifi with an Intel Centrino 3160AC chip capable of accessing networks of 2.4 and 5GHz with speeds up to 433mbps. This chip also integrates type 4 Bluetooth connectivity, so that the equipment wireless-technologies-wise is of great quality without a doubt.

It is also not so bad “Physical” connectivity wise. All connectors are places on the laptop’s sides. There’s enough space. On the right side, there’s the SD card reader, a 2.0 USB, the optical reader and the 120w power adapter. On the left side there’s the most interesting part. An Ethernet port, signed with a Qualcomm KillerNic E2200, 3 3.0 USB ports, a 1.4 HDMI port, a 1.2 Mini DisplayPort and the indispensable audio connectors. 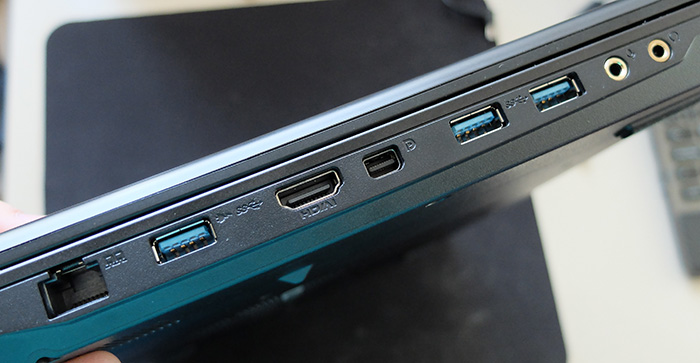 I don’t want to forget about the good job MSI does with its gold plated audio connections, with dedicated amplifiers for the headphones output. It is perfect, in combination with its codec software, to get the most out of our studio headphones equalization. The 2 way main speakers, have also a very interesting performance, although in this version we will don’t have a subwoofer which is very noticeable. This model also incorporates the new Nahimic codecs. 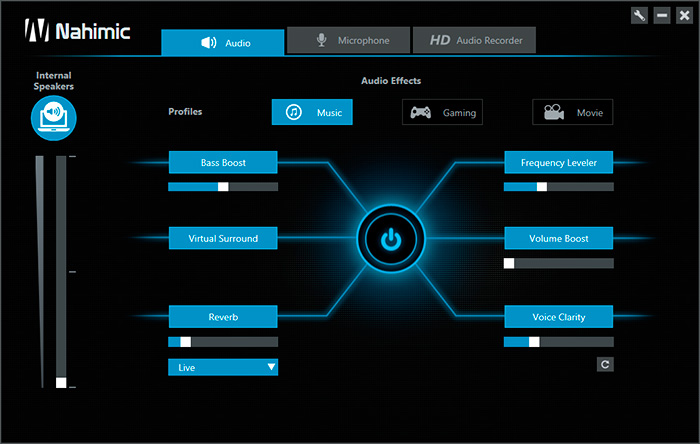 I don’t think anyone will be surprised that this is not an ultra-light laptop. It is almost 420mm long, 290mm wide and 32mm thick. It is a big laptop that combines plastic with aluminum to keep its 2.6KG weight with battery included. 6 cell battery, which as you may have seen already, is fixed in the laptop, meaning that it cannot be removed. 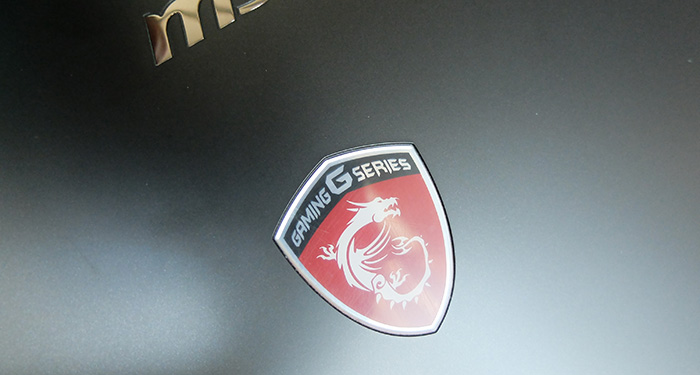 A great laptop, with a not so high weight, that as I said, combines the chassis merely made of plastic with interesting aluminum details such as the keyboard zone and hand rest or the display cover. Quality details that achieve – all in black – a more attractive aspect than its “professional” counterpart. It is a good working laptop, well organized, that only needs of a turbine to ventilate the CPU and GPU. It does a good job in this respect with very little noise in normal use and good thermal behavior, keeping frequencies well, when we demand more hardware.

GP72 2QE Back ventilation detail. This keeps the laptop cool without affecting comfort 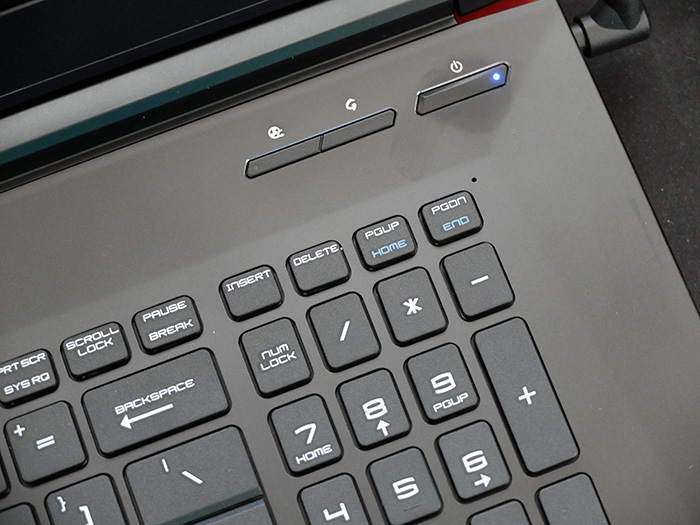 The incorporation of all the connectors on the side, nice ventilation control buttons or on switch, or its frontal activity leds make a simple yet interesting whole.

This model maintains the MSI collaboration with StellSeries, a classic already. And it incorporates a keyboard from this brand in isolated key configuration or Chiclet. The answer is the same as in any other MSI SteelSheets laptops without weak pressure points nor weird bounces which eases the writing and the speed for those who already have some experience typing. It sure is a good keyboard, perfect for the lovers of full keyboard with number pad, but that I will keep complaining about because of the inadequate Windows button position. 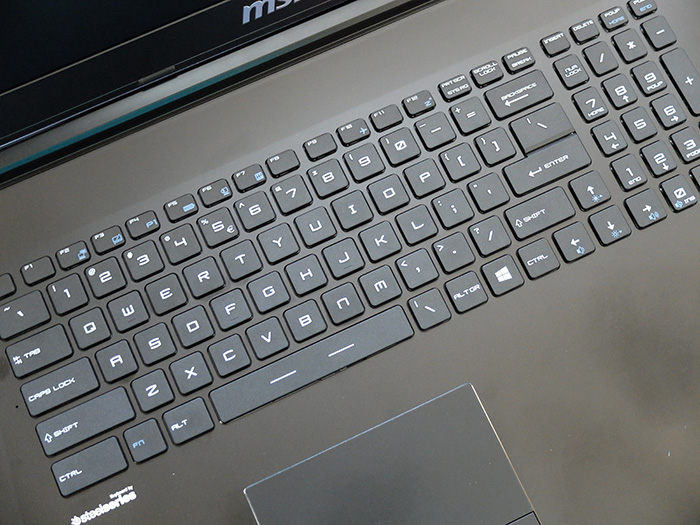 The touchpad is big – as few – and accurate. It is a joy to work with it. We really liked the PE70. It is perfectly integrated into the laptop’s housing and it is really good, one of the best PC touchpads we’ve tried but it is also true that in this laptop format, the touchpad is often easily replaced with a good mouse, mouse that sadly we won’t be able to buy from the MSI’s series.

All of our performance tests have been executed with the “Sport” mode in MSI’s Dragon Gaming Center so that the laptop’s frequency modes and the most aggressive consumption are used. 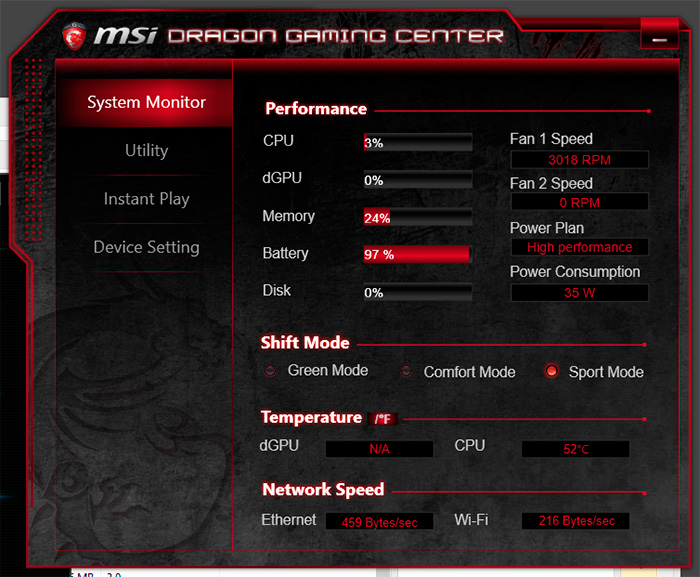 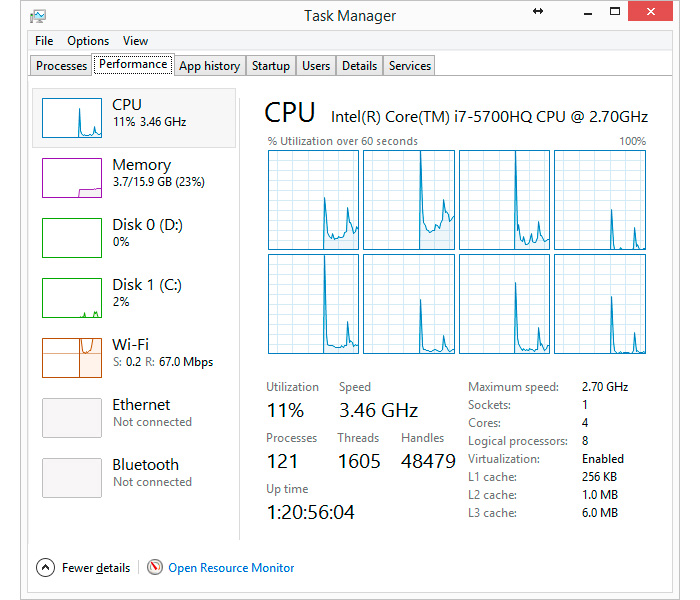 With 8 process threads, this processor will offer us the performance of a mid, mid-high performance desktop system.

3D performance using the Intel HD Graphics 5600 performance. This PC has an Nvidia Optimus so that we can use the integrated graphics card or the dedicated one, and since the dedicated one has a powerful graphic connectivity, we won’t have any problems besides the inability to bear GSync monitors.

This is the performance with the Geforce GTX 950M. Significantly more powerful than integrated Intel processor. 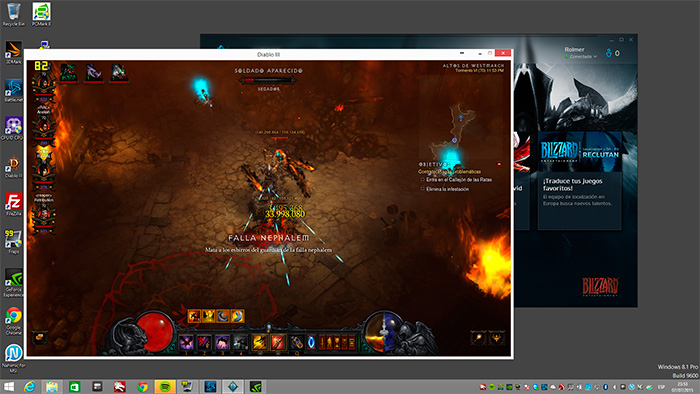 I couldn’t forget to try Diablo 3 in this laptop. Its 80-90 FPS media in screen, with maximum quality, are for me the guarantee of hours of quality gaming in this laptop. 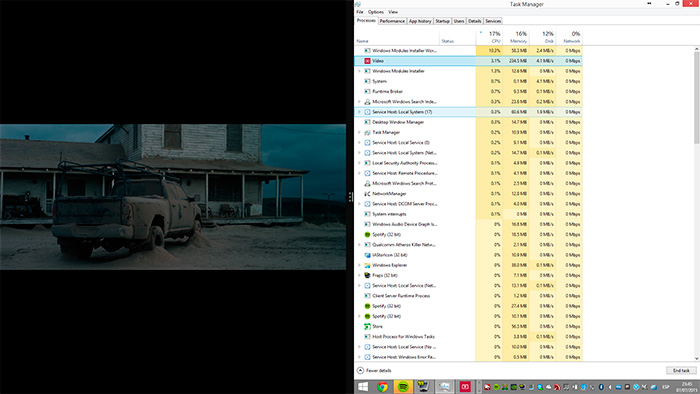 Playing 4k video, with the Windows 8.1 video app, with a 3% CPU consumption is also a good example of the integrated graphic’s capacity in this processor.

It is interesting to see that MSI doesn’t stop to launch to the market new gaming laptop series. They cover all price levels and this new series will allow the bulkier creations to be more affordable. A lot of users are still trusting big screen laptops, especially 17” in order to completely replace their desktop PC’s.

As we have been able to see in this analysis, the GP72 2QE Leopard Pro offers a balanced performance, enough gaming power for its screen and it’s equipped without any major downsides that will allow the users to have a very capable performance. Surely it won’t get to Spain until later this month and it is probable that it comes with Windows 10 pre-installed. It will be an O.S that can get the most out of this hardware, specially gaming wise, thanks to the addition of DirectX 12.