You’d never believe the power that lies within the MSI GS70 STEALTH PRO-099, a fine 17 inches laptop. And not it offers that, it has much more. This is our analysis. 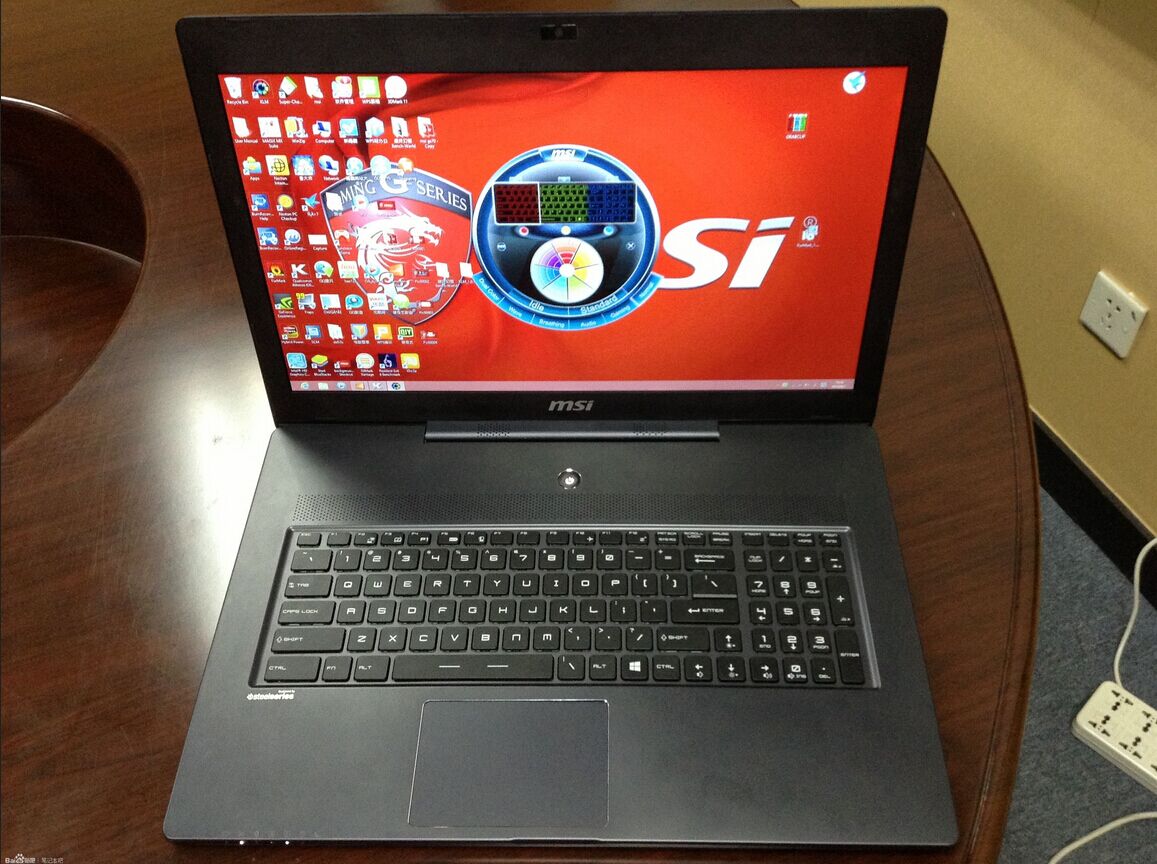 With a fairly conservative and not very “aggressive” design, this is the ultimate thoroughbred from manufacturer MSI.

Of course it is difficult to imagine before turning on the MSI GS70 PRO-099, all what lies beneath the apparently simple chassis, but we can tell you that there are many surprises (mostly positive) that we have discovered as we were exploring its features.

Computing power, graphics power, blazing speeds and a full repertoire of customizations that will make the most demanding users utterly delighted. 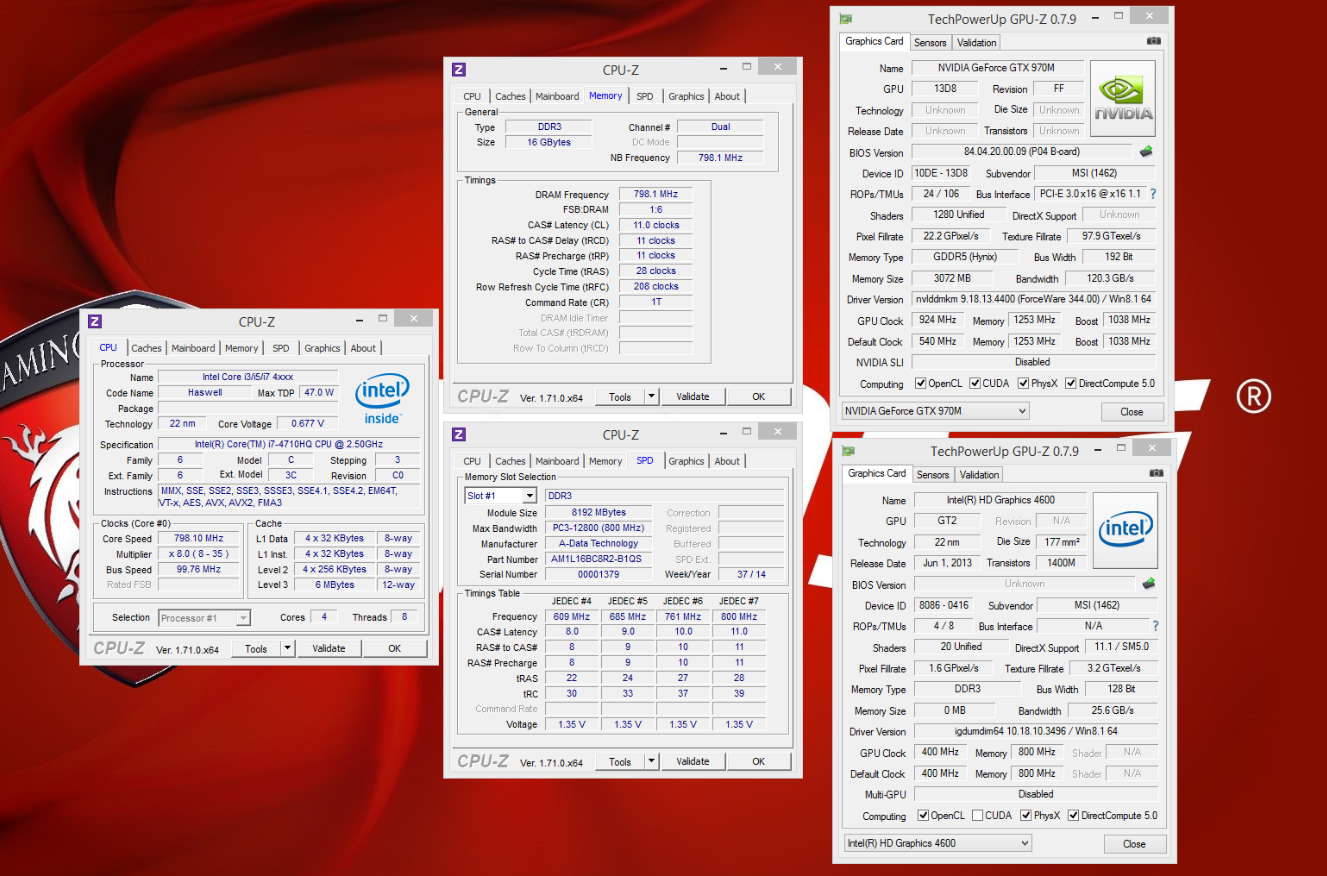 Just by pulling the MSI GS70 STEALTH PRO-099 out of the box we got a smart looking machine with a brushed aluminum unibody design, unpretentious and amazingly thin and light to be a 17’’ laptop. 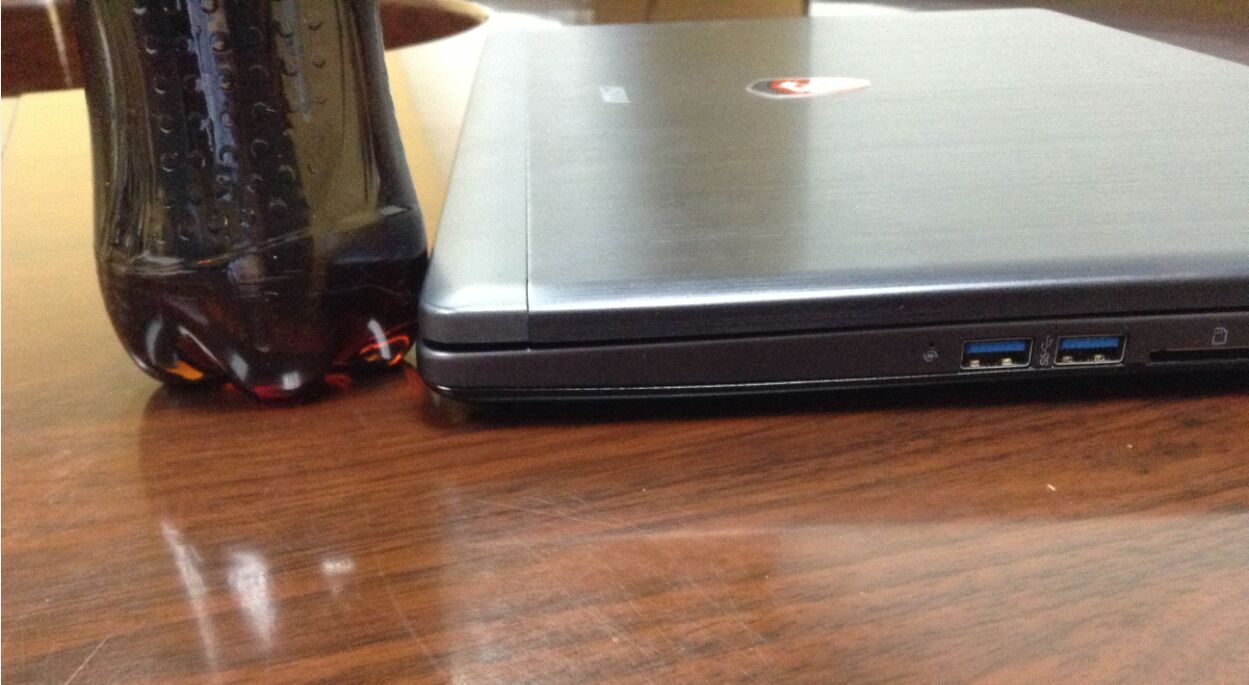 It weighs just over 2.5 kg for a profile that does not reach 3 cm in height and that makes us think more of an Ultrabook than what really awaits us. 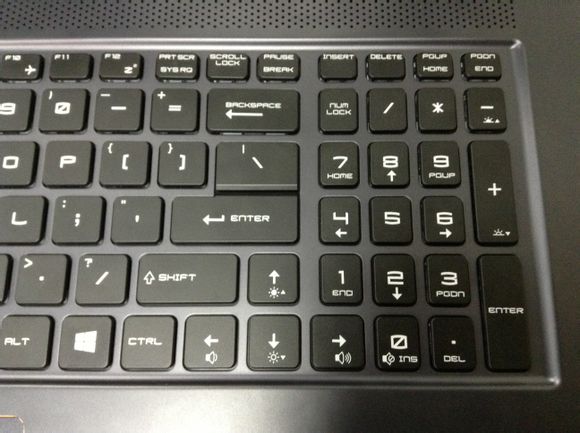 The keyboard layout the of MSI GS70 STEALTH PRO-099 is attractive, as it has the Windows key on the right side, unlike what is usual in most computers.

But ignoring this detail, the keyboard layout is spacious with large keys and enough space between them to operate comfortably with both the QWERTY and the numeric keys.

You have to turn it on 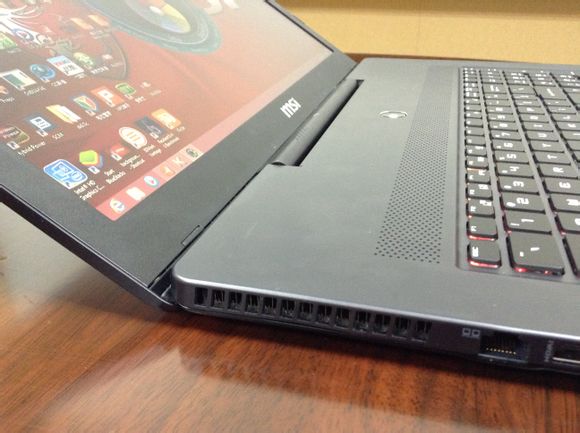 After this look, we start up the MSI GS70 STEALTH PRO-099 and we got the first clues to its character. There sounds a double ventilation system, which shows that there is something inside that generates a lot of heat. 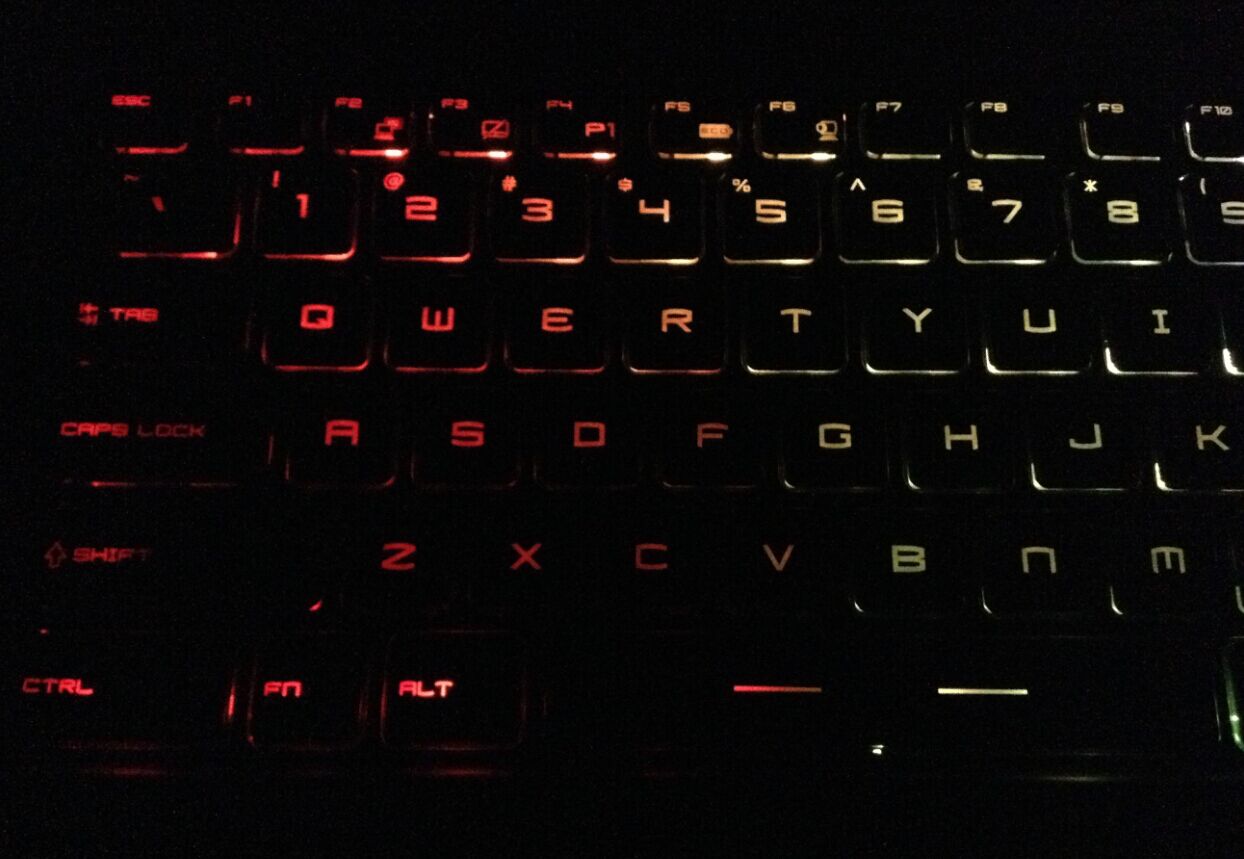 The keyboard areas are selectively illuminated and the FullHD screen is activated with a matte finish responsible for the poor brightness / contrast ratio, but very functional when we talk about avoiding reflex. Now this is starting to look like something else. Promises.

From PC4U we’ve said many times that what makes a great machine is that all components must be compensated.

It doesn’t make sense to have an SSD or 16GB of RAM in a computer integrated graphics and a 2nd generation processor. And everyone knows it very well at MSI, that’s why this model has a perfect synergy between its components.

The good and the best

While we wait for machines with the new Intel Broadwell processors, the MSI GS70 STEALTH PRO-099 enjoys the power of the 4th generation Core i7 (present in this GS70) which offers a higher performance computing level parallel work.

This gives meaning to the 16 GB of RAM and of course the RAID mSATA that this computer offers with read speeds exceeding 1,000 MB/s.

But besides the selective backlit keyboard that you can configure from the center of the Dragon Control (which we will discuss later), there is another important sign that the MSI GS70 STEALTH PRO-099 is not a work computer (which may also be) but definitely a gamers dream.

Graphs that can play everything

Demanding games have always been the main challenge for laptops.

For this to not be a problem, MSI has mounted a GeForce GTX 970M in the GS70, which is capable to move in HD the scenes with the greatest burden of filters, physics and tessellation.

Accompanying the gaming experience with two powerful Dynaudio speakers and a subwoofer on the bottom, under the baton of SoundBlaster Cinema 2, it creates the best environment to enjoy.

Customize to your liking

But if there’s something that the most demanding palates will appreciate are the extensive customization capabilities that this MSI GS70 offers.

Beyond the aforementioned Dragon Game Center, users can have the SteelSeries software, through which they can configured both hotkeys, schedule macros for their games and, of course, change the color, intensity and lighted areas on their keyboard, marking in a clearly distinctive way the keys most used during their adventure.

Even more power yet

Another interesting possibility is to download the MSI Afterburner software and increase the work pace of your GS70, though we do not recommend you to do it if you do not possess the necessary knowledge. 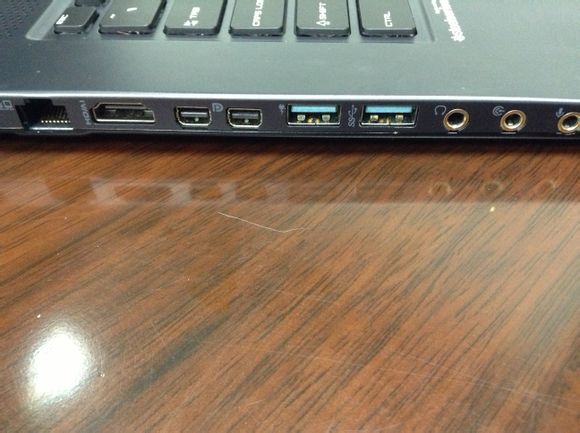 What you can increase safely is your Internet access speed, thanks to the combination of your Ethernet and WiFi cards under the Killer DoubleShot PRO, which will select the fastest connection or binding both to automatically optimize bandwidth.

One to rule them all

Control utilities are a fundamental part in powerful machines and more if they are to be tested in demanding game conditions. 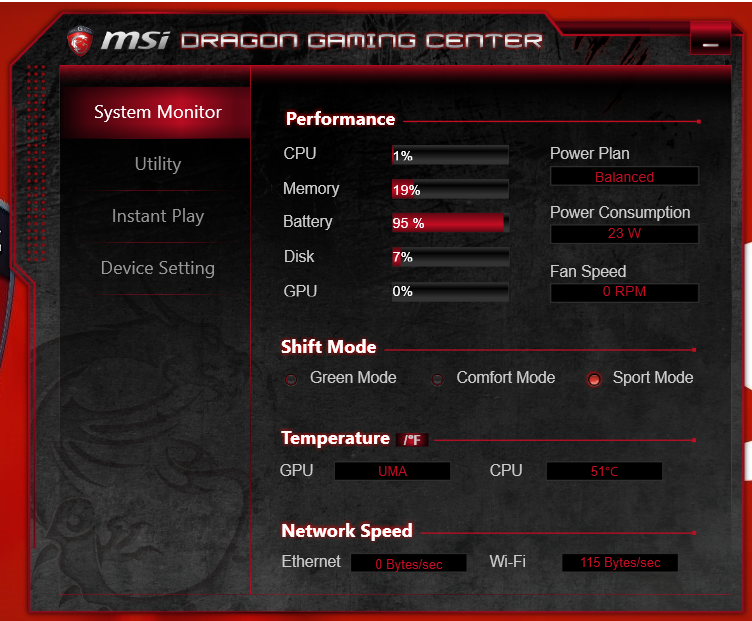 Maintaining the load control your components will let you know how far you can force them to squeeze out the most of their capacity.

Equally important is to be able to switch between different performances modes, depending on the activity, and of course, manage macros and key combinations to fit your favorite games.

No task poses a problem for the MSI GS70 STEALTH PRO-099.

It’s austere at first glance, but it comes with a combination of components that enables both the most demanding calculation and virtualization processes to make you fully enjoy the latest games in the market.

It is clear that you can’t judge a book by its cover. In this case, our analysis has shown that it’s one of the best gaming laptops right now.