This MSI GT8S continues with the concept that the company brought with the monstrous GT80, which means a laptop with big size and thickness superior to most models, where MSI takes advantage to integrate a system of two graphic cards working in SLI and even a mechanical keyboard. 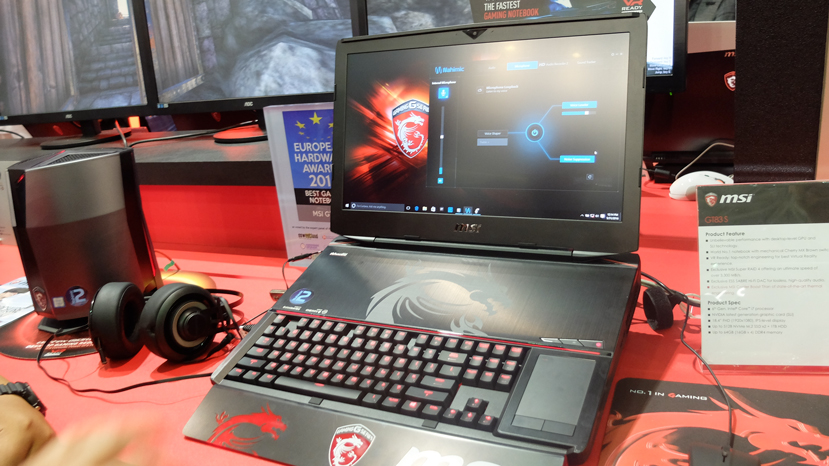 The GT83S has a 18.4 inches screen with Full HD resolution, in this matter there are not improvements and it turns out curious that an equipments that could run 4k games easily, keeps limited with 1920 x 1080 resolution pixels. If it was difficult enough to have screens with 17.3” in 4K resolution, to have 18,4” panels, it is very likely that with that resolution it will be even more complicated because of the few models that integrate that diagonal.

The processor will be a sixth generation i7 Core Skylake , that will accompanied a 64 GB DDR4 memory and two 512GB M.2 NVMe SSD in super raid 4 system with speeds up to 3.00 MB/s along with 1TB HDD.

The most interesting part will be the graphic cards. MSI hasn’t revealed the exact models but they will be two new NVIDIA generation GPUs , therefore it is almost certain that it will incorporate 2 new Pascal GPUs in its interior.

About its prices there aren’t any details yet, but like its predecessors it will highly over 4.000 dollars.