In the results that have been leaked into the videocardz website we can see how the GTX TITAN X reaches 7899 points on the 3DMARK Firestrike EXTREME test. Considering this measure as the 100%, the TITAN Z with double GPU stays at only 108%, and other graphic cards as the GTX 980 or the R9 290X remain at 75 and 64%, respectively.

In the conventional FireStrike test the TITAN X gets 17470 points, on this occasion the Titan Z stays at 102% of performance and the GTX 980 at 74%, although if we do overclock as in the GTX 980 G1 GAMING of Gigabyte, the distance is reduced until remaining at 80% of the TITAN X. 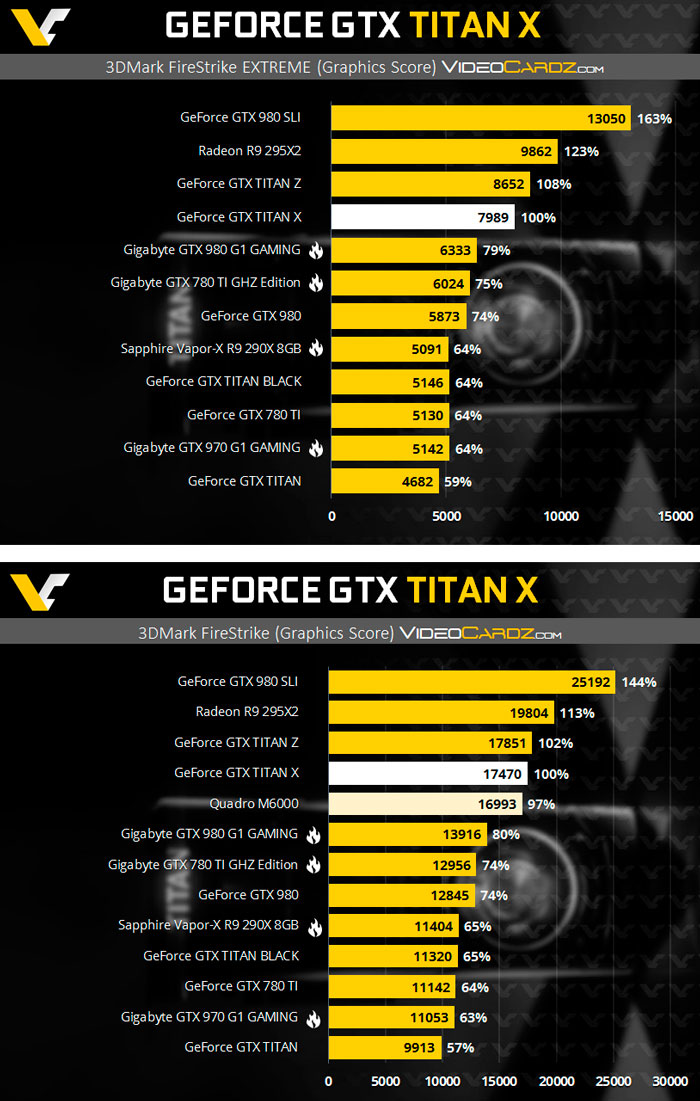 In the old 3DMark 11 EXTREME we can see how the GTX TITAN X escalates in the SLI setting of two, three, and four cards. Although to interpret the data we have to look at the fact that the graphic cards are considerably overclocked, there’s no doubt that they escalate more than well. But yes, the escalation that is produced in synthetic test as this one is usually superior to the improvement that is later achieved in real games, especially after the third and fourth graphic card. 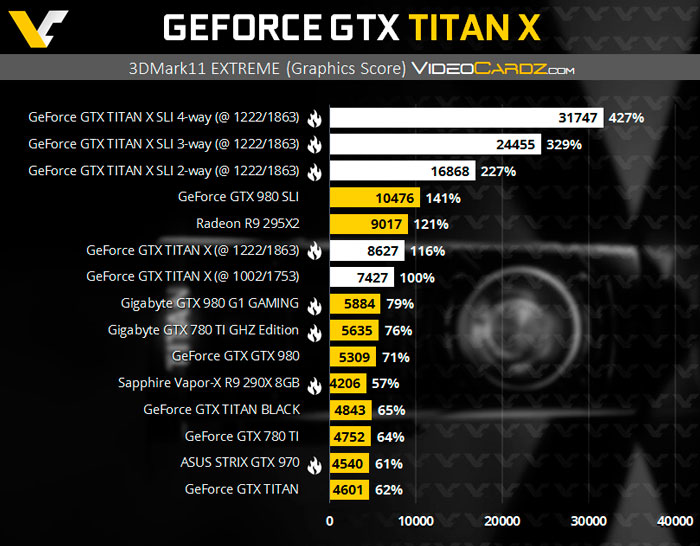 In the website they also dare to unveil the specifications and even the price of the card, but these data should be taken with a grain of salt since there’s no way of confirming it. The only sure thing is that we have the 28-nanometer GM200 chip. The rest of the specifications they show are 3072 CUDA Cores, 192 TMUs, 96 ROPs, a speed of 1002 Mhz of base and 1750 MHZ (7000 MHZ) for its 12 GB of GDDR5 memory with a data bus of 384 bits. It’ll have a bandwidth of 336 GB/s and a TDP of 230 W. All this for a supposed 999 Dollars, a price that wouldn’t be so unreasonable and a price that the GTX TITAN and TITAN Black already had at on time.