Samsung announced in the Flash Memory Summit 2016 its fourth generation of 3D V-NAND memory Flash. These new memory chips of vertical arrangement have up to 64 layers, which means that each chip has a capacity of up to 512 Gigabits. The manufacturer has also announced that these will be used in their next generation of SSDs that will reach up to 32TB capacity in a 2.5-inch format. 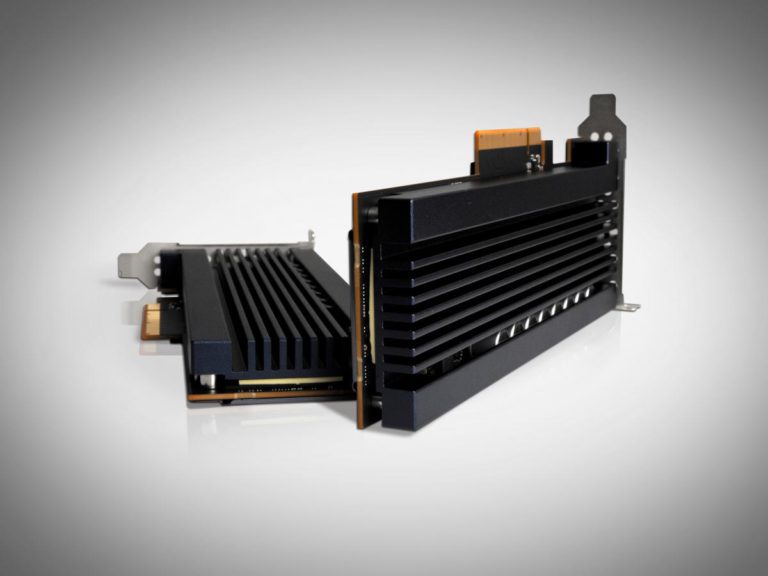 The previous generation of Samsung’s V-NAND had 48 layers per chip, so the maximum capacity of these was 256GB. As an example, these third-generation chips have been used in the 4TB versions of SSDs Samsung 850 EVO. With the arrival of the fourth generation,the number of layers has been increased to 64, significantly increasing the maximum capacity per chip, occupying the same space.

For the last quarter of this year we will see the first products based on this fourth generation of V-Samsung memory NAND which could theoretically present solid-state devices in M.2 format with up to 8TB capacity thanks to this, even when the manufacturer has not said anything about it.

On the other hand, the Korean manufacturer has also announced its upcoming SSDs oriented enterprise with up to 32TB of capacity in a single 2.5-inch drive. With SAS interface, these devices coming to market in 2017 will have sixteen layers of 512 Gigabits chips, which together make possible a total capacity of 32TB.

Yet unnamed, these SSDs will surely be coming as replacements for existing PM1533 of 15.36TB that currently are on the market, even when they have not yet said anything about it. According to Samsung, by the year 2020 we will have available SSDs of up to 100 TB of capacity in the same format.