I remember perfectly that it was 3DFX which marked the starting point of the multi-GPU configurations, with the release of the Voodoo 2 in the general consumer market, as graphical solution that can be considered the origin of what would later become SLI and CrossFire, made by NVIDIA and AMD respectively.

Originally SLI (Scan Line Interleave) mode of the Voodoo 2 acted in a simple way: two cards running in parallel resorting to a division of the processing load simply but effectively, dividing the screen in two and distributing the lines 50-50.

As is the case with the current solutions at that time, this meant doubling the power of rendering, but the texture memory is not added for a very simple reason which is that each graphics card needs to double the scene data it’s working on.

This is a very important limitation that we currently still have, just like the level of support on the software side and many others that we’ll review in this special, where we will give a series of basic guidelines that will allow you to better understand how SLI and CrossFire modes work and assess whether or not they are really worth it. 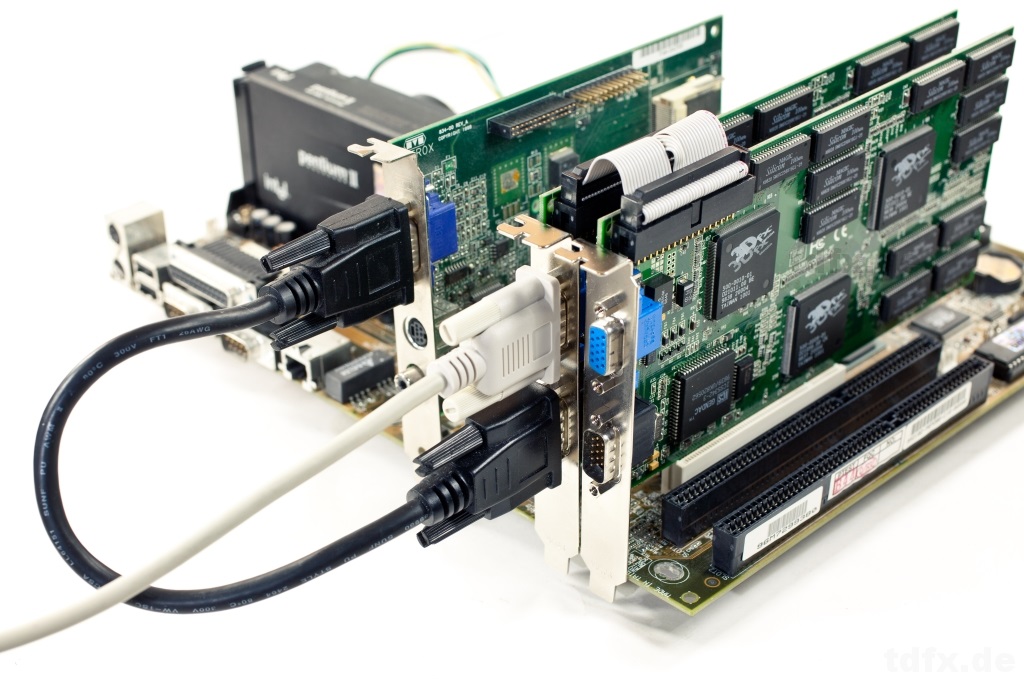 Before we jump in, we will explain a little better what these technologies are and how they work, as that will provide us the necessary foundation on which we can have a better understanding of everything that we will explain below. Please note that this article is intended to be useful even for the most amateurish, so it is likely that you find plenty of information you may already know.

SLI mode is used in NVIDIA graphics solutions while CrossFire is the equivalent of AMD. Both refer to the use of two or more graphics cards working simultaneously on a single computer or system.

We should note that both terms are not typically used to refer to configurations of multi-GPUs together in a single PCB, such as the GTX 690 or Radeon R9 295X2, although both can be used in SLI and CrossFire modes and thus add a total of four operational GPUs.

In order to use a multi-GPU mode, you need to meet a certain number of minimum requirements, and depending on each specific graphics card that can translate into a more or less powerful power supply and to be equipped with the appropriate connectors, as well as a processor capable of delivering performance up to par, and finally a motherboard with the appropriate slots.

This simple explanation allows us to see easily and summarized that not just any PC can be setup with an SLI or CrossFire, and we can not expect it to miraculously always double the performance with such configurations. 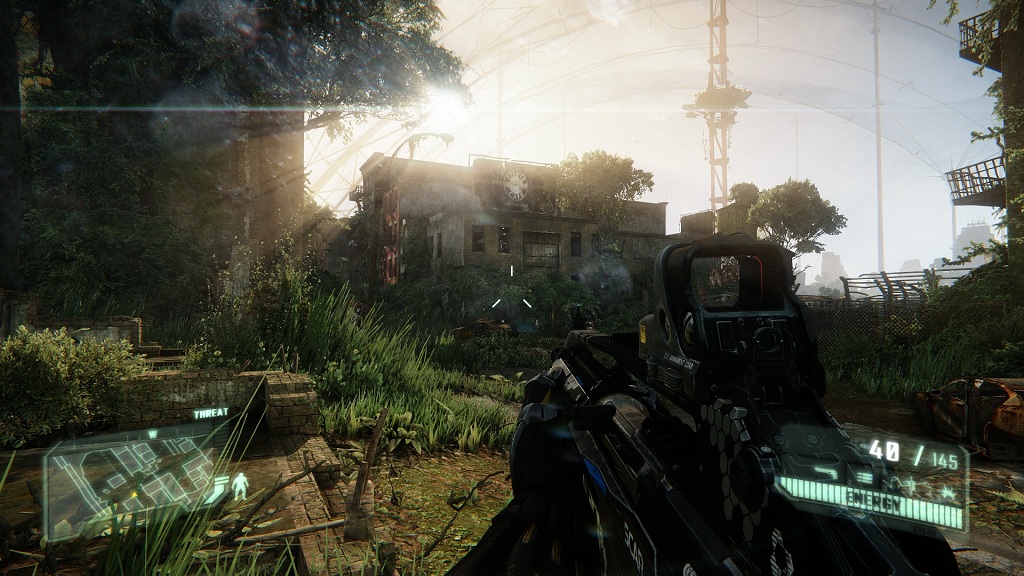 As we said, our PC must meet minimum requirements to be eligible to use SLI or CrossFire solutions, which we will get into more precisely below:

1-Hardware: to install the graphics cards we must have two or more PCI-E 3.0 compliant ports. At this point we must make an important point, which is to talk about the line-capacity offered by these ports and how they are affected by the capacity of the CPU.

To keep the subject simple, let’s put it like this: Generally a graphics card works in PCI-E 3.0 to x16. The latter number is the lines, and the first line indicates the speed, which in this case is 985 MB/s.

This makes it clear that the higher PCI-E standard and more lines the better the performance, however this is a simple statement that implies so many nuances that would allow us to write a technical manual, but it can also allows us to understand the general idea.

Each processor has a maximum of lines it can support, and each motherboard supports different ways of working, which means that by placing two cards in SLI or CrossFire they are not necessarily going to be running at x16 each, but they will work around both limiting elements.

Thus, the most common is to find solutions that allow the consumer to use a graphics card in x16 or two x8 / x8. The latter is typically not a problem, because it is a balanced mode and performance is usually pretty good, but in configurations of three graphics cards at x16 / x8 / x4 things can vary widely.

To better understand this, here’s an example. We have a PC with a Core i5 4690K, which supports up to 16 PCI-E 3.0 (x16) lines: if we set up two graphics cards they will work in x8 / x8, which means less bandwidth overall, but as we said it will not have a major impact in most cases.

The raw power of the CPU also limits the use of configurations with more than one GPU, especially in high-end, so be aware that a low to mid-range processor will be a huge bottle neck.

We need to talk about the power supply, a very important detail because on it relies the proper functioning and stability of our multi-GPU configuration.

The simplest way is to look for certified power supplies for both modes, but we can also identify them based on their actual wattage, its amperage on the 12v rail and additional power connectors that it integrates. As always, we must bear in mind that the quality of the power supply matters, and that is not the same thing to buy a generic power suply of 700W than a quality 700W as well.

Before concluding this point we should clarify that both in the case of NVIDIA and AMD you must join identical graphics cards. In the first case it is a requirement, in the second it is highly recommended.

2-Software: no use having an SLI or CrossFire if we use software that does not support it. We should keep that in mind from the very start, that is before we decide to set up one of these configurations.

This means that if we are to use the graphical power offered by these modes in games, we will not always get good results, and rarely actually get to double performance, let alone to triple or quadruple.

By using two GPUs in games you usually get a performance improvement of around 50% up to 90%. However, when using more than two GPUs proportional performance increase is usually reduced considerably, even in games with relatively good support for the modes, which makes it not advisable to ultimately use more than two graphics cards.

And what if a game does not support these modes or misuses of them? If it does not support it, the result is simple: it works as if we only had a graphics card, leaving the other unused. On the other hand, if you misuse it you may run into several problems involving from graphical glitches to performance hiccups.

As you can see, the software greatly influences the correct use of multi-GPU configurations, and in fact we can say that is one of the major outstanding problems for developers. 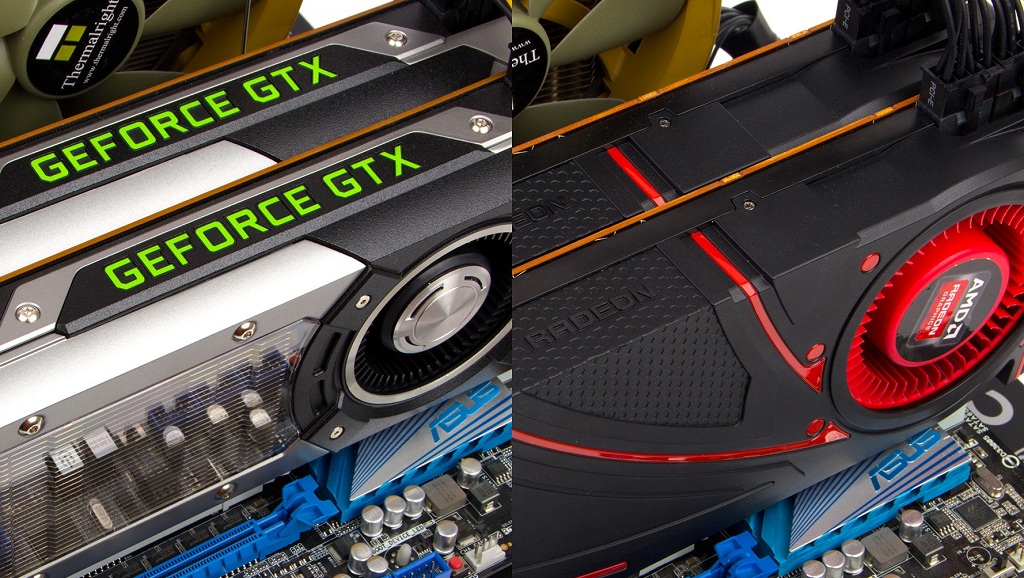 Is it worth it then?

In its current state, we would say frankly not, especially in the purchase of new equipment because they do not have full support. In terms of price-performance is often wiser to just spend more on superior graphics solutions.

Obviously this does not mean it is an option we should rule out completely, but the truth is that it’s only really worth it as an option of economic expansion, building for example graphics solutions on sale that will be discontinued or bargains at the flea market .

Since then there have been very good SLI and CrossFire configurations, such as the 9600 GT or Radeon HD 7850, and we can now find other interesting possibilities, but as a general rule it is definitely better to opt for a superior graphics solution.

A clear example is the GTX 970 SLI, for example. It performs well and consumes little resources, but it costs around 700 euros, which we can’t avoid to compare with a GTX 980 Ti, a more comprehensive, balanced, better supported solution that also won’t limit us by taking up additional expansion slots.

Keep in mind before we conclude this article the current state of the sector. DirectX 12 promises significant improvements such as the ability to combine AMD and NVIDIA graphics, and even add up the video memory of each card, something that might change our minds, but so far this is what we have available.