Special: RAM Memory, five myths you should not believe

RAM memory is one of the most important basic components of almost every technological device, including PCs, smartphones, smart watches, and so forth, but it is also one of the components that has the most false myths attached to it.

RAM memory is one of the most important basic components of any technological device that can be found in PCs, smartphones and smart watches, among others, but is also one of the components surrounded by many myths.

Several of these myths still persist and they can be truly troublesome, so we wanted to dedicate this component one of our special segments.

As usual, we will make a list where we will debunk the five RAM memory myths we consider the most important and dangerous or harmful for users.

We hope you find it interesting and overall useful. As always, we encourage you to leave your opinions in the comment section.

It is perhaps the most widespread myth and the most used in order to sell devices to inexperienced consumers, although fortunately greater awareness about this has been raised.

A PC’s performance depends on many components such as the processor, the hard disk, the graphics card and the RAM memory, of course, but this does not mean that RAM memory is the most important element or that everything depends on it.

Thus, depending on what we do with our device, the importance of these elements will be greater or lesser and they will need more or less power, but when we talk about the average user and RAM memory, there are limitations where quantity does not equal a better performance.

It is a sort of “ceiling” where, if reached, we will not notice any difference if we add more RAM. There is no universal rule, but in general we can set the following framework:

2, Dual-channel mode is a must

This is another controversial issue, although it is true we must make an exception to the general rule. Before we discuss said exception, we are going to debunk this myth.

First, we are going to clarify exactly what we are talking about so everybody understands clearly, including the less experienced readers. When we install RAM memory in the motherboard, we usually have two options: either we use only one module and work on a single channel, leaving us one 64-bit bus, or we use multiple dual-channel modules, which means using two 64-bit buses.

This allows us to have one 128-bit bus and increase the bandwidth, which should boost performance significantly, but in reality it barely makes a difference for any average user.

In synthetic benchmarks we can see some substantial improvements, but they evaporate when translated into the real world. It would not make an important difference neither in games nor in the most used applications, so we should not be afraid to use an 8 GB RAM module, for example, and leave space to expand in the future.

Now it is time to talk about the exception we mentioned before. If we have a device with an integrated graphics card, it will share the RAM memory to use it as graphics memory as well. 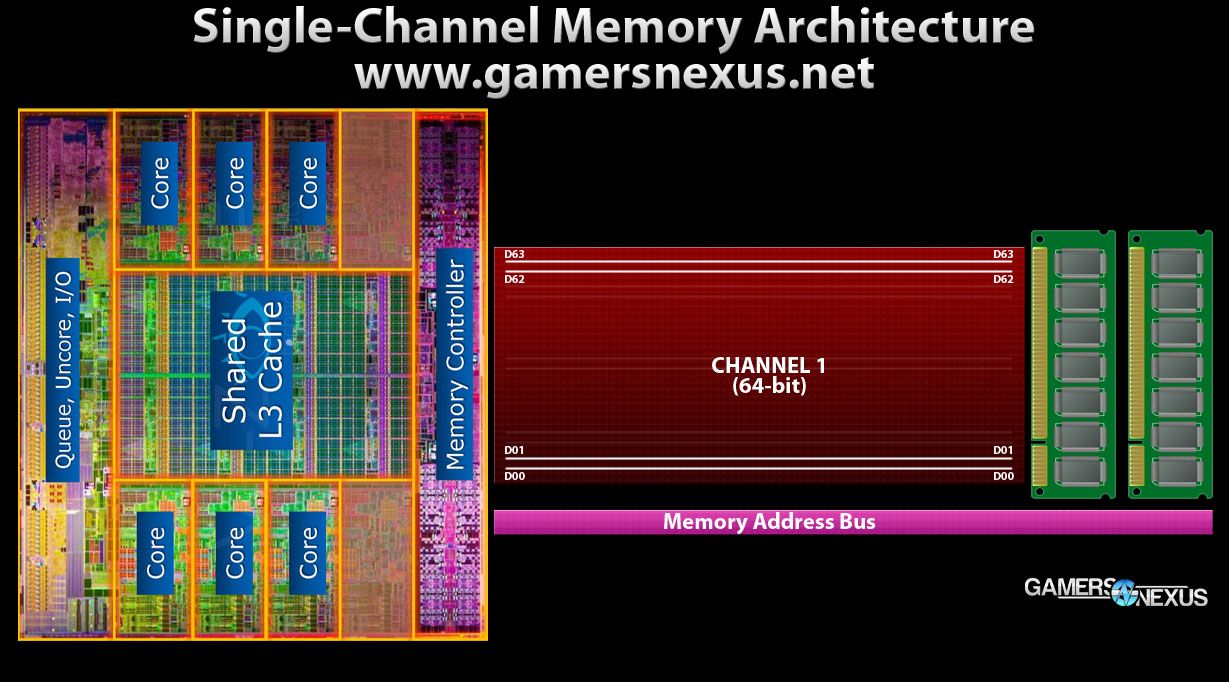 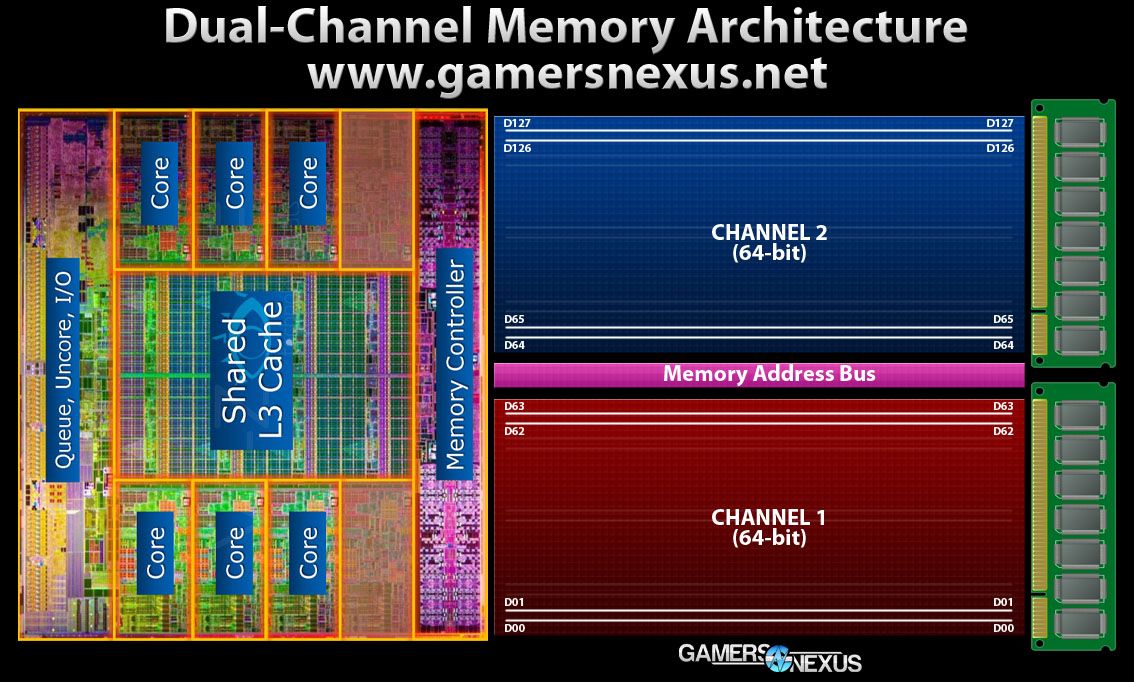 As we know, applications and games usually have RAM requirements to function properly, although in some cases developers aim so low that even with the minimum specs it is impossible to run their software without stuttering.

We already stated that having a lot of RAM not always equals a better performance, but right now we are going to discuss precisely the opposite: the problem of thinking that meeting the minimum specs is enough to have a good experience.

Let’s put it all together with an example so it can be better understood. We have a PC with 4 GB of RAM and we want to play a title that requires 4 GB as minimum specs and 8 GB as recommended specs.

We run it and it works seamlessly since we meet the minimum requirements, but once we start playing, the game stutters and the experience becomes unbearable.

Secondly, when we play a game or run an application with fixed RAM requirements we must take into account that both our OS and the applications we are running consume memory, so it is possible that only 2.5 GB out of those 4 GB are really available.

A clean boot  of the system may help in these situations, but the best thing is to reach that optimum ceiling we spoke of in the first item.

4, Job frequency is not important

It is another very widespread myth. There is no doubt that at the time of choosing between quantity and speed there is an instance in which we should choose the first over the second.

For example when we are setting up a PC for today´s games, 8 GB of DDR4 to 2.133 MHz is better than 4 GB of DDR4 to 2.666 MHz, mostly because with the first we will reach the optimum level that the majority of today’s titles call for and with the latter we will barely reach the minimum.

However, once we have reached that recommended minimum, we should keep an eye on the memory speed, especially if we have an updated Skylake based platform, since the performance boost can be much enhanced as we can see in the framework that DigitalFoundry published in its time.

On the other hand, we should keep in mind that memory speed also influences the bandwidth that the integrated graphics will have available from the RAM, and that together with the bandwidth can make a big difference.

By this we do not mean that you absolutely have to get the most expensive and fastest memory kits on the market, but rather that it is simply a good idea to invest in additional speed once we have met that minimum quantity. 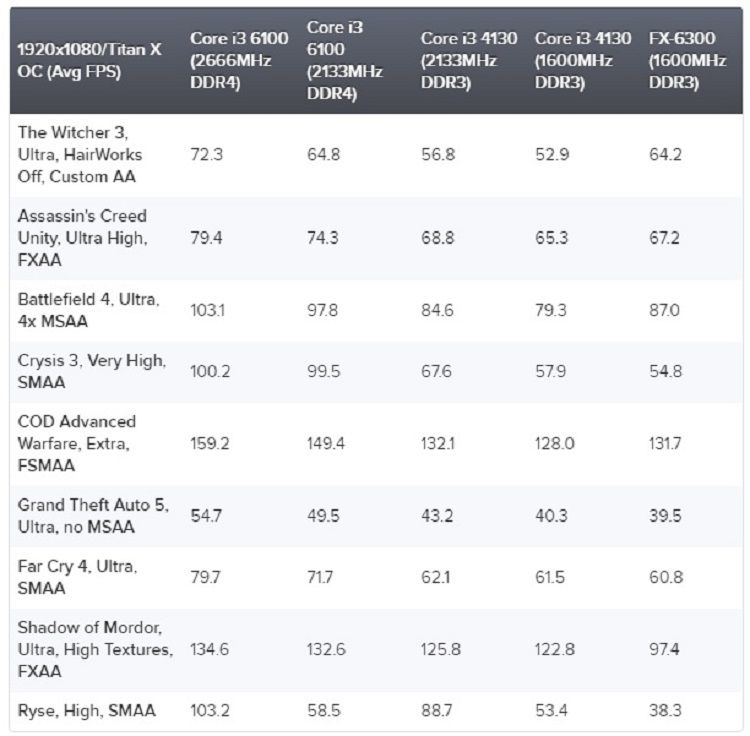 5, RAM is an expensive component

One of the greatest fallacies that currently exists and that even some users with a certain knowledge of the subject fall into.

RAM memory is not expensive even though it is, as we said, one of the most important elements of a PC, although obviously there are high end kits that—because of quantity, factory oveclock, or both elements together—can cost hundreds of dollars, but it is like anything else; in the same way there are also graphic cards for more than a thousand dollars.

What we mean to say is very simple, we only have to know how to choose and buy within our budget and stick to the principle of the quality – price relationship.

On the same basis today we have very nice DDR3 and DDR4 kits with 16 GB capacities and very good speeds for less than 100 dollars.