Stadia, Cloud Gaming, and other considerations

“Game consoles will disappear”, “influencers will reign supreme”, “gaming as we know it is a thing of the past”… Every evolution in gaming seems to be accompanied by apocalyptic and superlative statements. This applies to Google’s announcement of its Stadia service this week. As it stands, Google’s announcement could very well be a lot of fuss about nothing, even though the core concept underpinning Stadia seems promising enough… 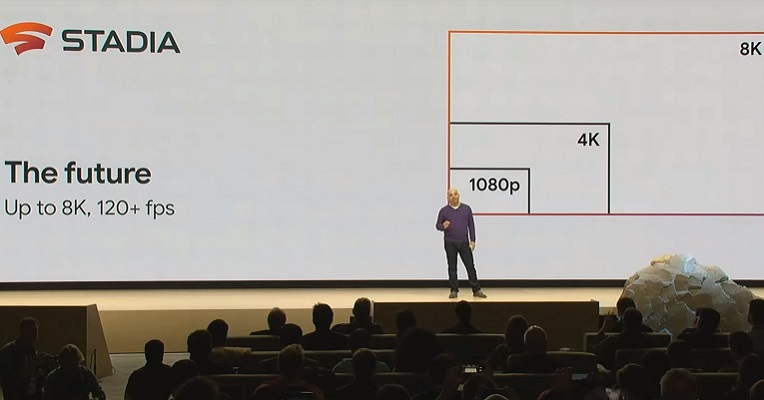 Google presented its Cloud Gaming service to the GDC. The event took place in a meeting among developers. This was to be expected since Google was making its presentation to the Game Developers Conference, not the E3. Above all, what the American giant was interested in was presenting the technological aspects of its service. It will analyze the reactions it received and hone its marketing strategy accordingly (however, if this task befalls the same department that came up with the name Stevia… sorry, I mean Stadia… they certainly have their work cut out for them!)

Google’s Stadia service does not come as a total surprise. In the past, we discussed Project Stream: a Google service that will run your games from its servers on any of your devices as long so long as you have a fast enough internet connection.

It is worth mentioning that AMD is gaining ground in the data center market thanks to its UHD GPUs operating at 60 fps (we may even see 8k at 120 fps one day… perhaps in 2025, 2030?) Each Stadia server will be equipped with a custom AMD GPU capable of 10.7 teraflops of performance, compared to 6.0 for the Xbox One X and 4.2 for the PS4 Pro. While this will undoubtedly make Stadia servers very powerful, it should be remembered that the richness of a gaming device lies mainly in its game catalog. 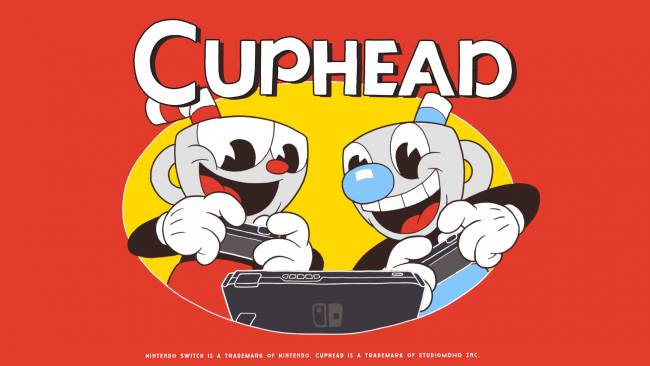 The merger of Microsoft and Nintendo demonstrates that content convergence is possible and that streaming can be a viable solution.

In the unveiling of Stadia, the only physical device presented by Google was a controller, and for good reason: all that is needed to access Stadia is a controller (if you don’t already own one) and a credit card. The design and ergonomics of its controller are quite similar to that of the Xbox One, the best on the market. A good choice. So far, nothing in Google’s announcement has been all that surprising, but we still lack certain information regarding Stadia, namely concerning its game catalog and its price. That is why we suspect that Google’s announcement may be a lot of fuss about nothing… it could still be a flop in the manner of Google +, Google Glass, YouTube Gaming (etc.). In which case, the cloud would not die, but it would be developed by other stakeholders.

Cloud gaming is a logical evolution, one which we will invariably arrive at in the coming months (years?). PC users are confident that they will one day have access to Sony and Nintendo’s complete game catalog (and not just a selection) via an app without having to buy their consoles. Download, streaming? It doesn’t really matter so long as you get to play the game.

It would also be great to be able to launch games with a quality close to that of a high-end PC on Chromecast or perhaps even on a console via an app. Microsoft and Nintendo are leading the way by offering Xbox games on Switch. 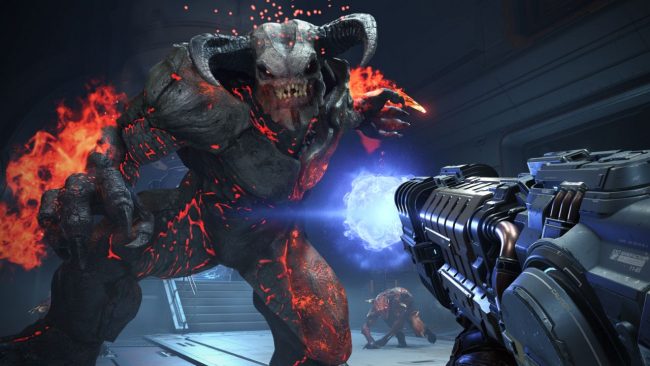 Jade Raymond, who worked on the first Assassin’s Creed, is in charge of developing games specifically for this platform.

What’s more, let’s not forget that 5G should give all users enough bandwidth to enjoy Xcloud, Shadow, PS Now, Stadia, etc. If cloud computing services and game catalogs become more affordable, nothing will prevent you from having both a cloud gaming subscription AND a cloud computing subscription reserved for the games you want to play with the best possible quality. Therefore Google’s Stadia could potentially offer a complementary experience to some gamers and carve out a share of the $120 billion gaming industry for itself in the process.

The ability to play on your TV, smartphone or tablet is quite interesting, but not really innovative at this point. However, Stadia does have a few innovative features, such as its integration with Google Assistant (which will allow you to pull up playthrough videos in the event that you get stuck in your gameplay), as well as a YouTube button that makes sharing your gameplay to YouTube effortless.

Equally surprising is the synergy that Stadia allows for between streamers and influencers. With Stadia, it will be possible to play a game via a link shared on a social network or to face off with a YouTuber while he is live broadcasting a video. While these features may not appeal to everyone, they are, nevertheless, innovations that bring added value to the world of gaming. 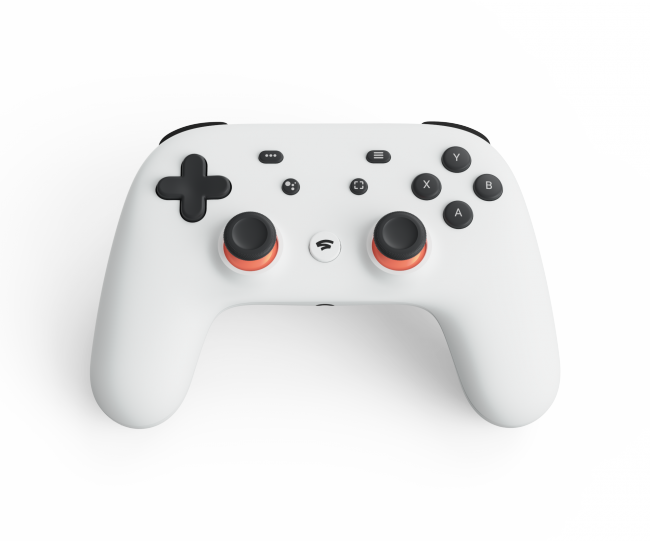 Stadia is also a controller, the source of inspiration for which can easily be guessed at…

In our opinion, the most interesting thing about Stadia concerns the development of games dedicated to Google’s new platform, games which would be able to take full advantage of its graphics potential and multiplayer capabilities. Stadia has a huge potential in the sense that it would free developers from the constraints imposed by the various consoles. Games developed for Stadia would not need to be compatible with PS4, Xbox One, PC, Switch. These games would be free to evolve on a platform that has more power and upgradability than any console in existence. We haven’t chosen the term “evolve” at random, with Stadia, a game title could easily revise its graphics according to technological progress and update itself in a very short period of time. This platform’s multiplayer abilities, artificial intelligence capabilities, and interaction with YouTube and the internet as a whole could very well lead to gameplay that is difficult to imagine at the moment. The potential is huge!

From this point of view, Stadia could bring video games into a new era, but all these promises could very well lead to nothing if the service’s price is not affordable and internet speeds remains a limiting factor.

We cannot help but speak about the French company Shadow. We have been following the project since its inception, at which time Emmanuel Freund, its manager, explained that a gaming PC costs 2000€ and becomes obsolete after one year. At that time, we already felt that the young entrepreneur was keenly aware of the potential of the cloud, but that he tended to get carried away. Following Stadia’s conference, he issued a press release stating, in short, that Shadow is already doing everything that Stadia is offering to do. He also stressed the fact that Stadia’s game catalog, release date, and price are not yet known.

He seems to be overlooking the fact that Microsoft, Sony, and Google will all be entering the cloud computing race with powerful servers, a well-established community, and a comprehensive game catalog. The French company still thinks that it will able to compete with these giants. In our opinion, it would be in Shadow’s best interest to revise its offering and be a little more humble. Google’s newest announcement is making waves and will force Microsoft, Sony, and Nintendo to respond. Just as Netflix changed the audiovisual landscape, the future of gaming is being shaped by the cloud, but the questions of when and how it will be implemented remain unresolved. One thing is certain, 2019, and especially the E3, will bear witness to a number of interesting announcements.