Technical specifications and some photos from several motherboards that Asus plans to launch with Intel’s next processor using Kaby Lake have leaked. More specifically, the motherboards which have been filtered belong mainly to the ROG series of this manufacturer and have, as expected given the range, the Z270 chipset, although another motherboard of a more normal range has also been leaked. The leaked models are the ROG Strix Z270E Gaming, the Strix Z270F Gaming, the TUF Z270 Mark 1 and the Prime Z270-A.

Starting with the most “basic” model of all, the Asus Prime Z270-A, is a model that moves away from the ROG series and concentrates on fulfilling its functions, but not just in any way since it comes as standard with power supply phases of type 8 + 2 + 2 managed by a digital controller, including an 8-pin connector and solid capacitors accompanying four slots for DDR4 RAM that allow the installation of modules that operate up to 3,866 MHz, three PCIe 3.0 x16 slots (wired electrically as x16/x8/x4), four PCIe 3.0 x1 and two M.2 slots that are capable of moving data at a speed of 32 GB/s. 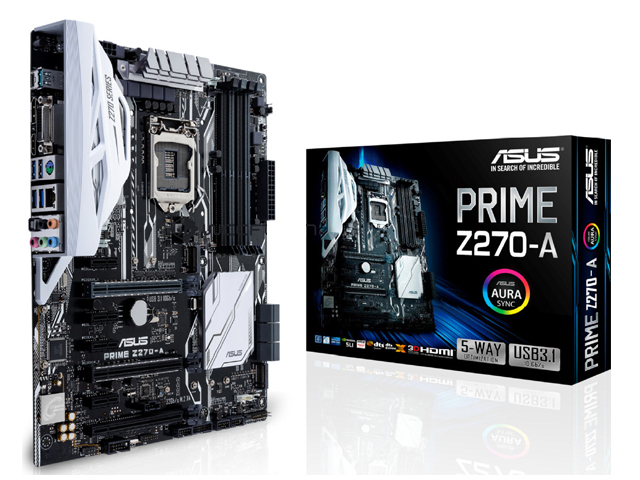 And now moving onto the more gaming oriented models, I’d like to start by speaking of the Asus TUF Z270 Mark 1, the model intended for those users looking for reliability and resistance above all else. After all, the motto of the TUF range is precisely “Tough inside and out”. This model follows the same specifications of the previous almost exactly except in the audio section, in this case the manufacturer has provided a SupremeFX SF1220A chip that comes with capacitors of the famous brand Nichicon for audiophiles.

Which motherboard to choose, sometimes, can be a real pain, since the motherboard is the intermediary of all components of the computer, and is the one that guarantees its functionality.

The type of socket the PCI express ports, HDMI outputs, VGA, USB 3.0 ports, the motherboard is a fundamental and key component of every computer, sometimes, trying to save some money on this aspect can cause incompatibility problems in the present and future, so we advise you to be very careful so that you won’t have any regrets when choosing a motherboard for your PC.

What should you consider when choosing a motherboard? We’ll explain:

1. The processor and our motherboard

As we already mentioned in this article, you can’t use a socket 1155 processor with a motherboard compatible with 1150 processors. So, the socket of the motherboard should match the processor’s.

AMD keeps betting hard to improve the presence of its APUs in the general consumer market, offering increasingly powerful solutions …

MSI announced the launch of its new high-end top motherboard model for the AM3+ socket, which goes by the name …

In spite of the delay the launching of Intel Skylake processors has suffered, it looks like ASRock is preparing its machinery to receive the sixth generation of Intel processors with open arms. At the Embedded World 2015, the company has shown a motherboard for industrial applications that has caught the attention for including the new LGA 1151 socket.

This socket is prepared to support the new Skylake processors manufactured at 14 nanometers that will come to replace the current Haswell and Broadwell (if the desktop version isn’t finally cancelled).