On May, AMD slightly renewed its high-end APUs launching the new A10-7870K chip with an operating speed faster than their previous flagship, the A10-7850K. Now there comes a new chip, but on this occasion it’s aimed to improve the A8-7650K with higher operating speeds, both in CPU and the GPU. 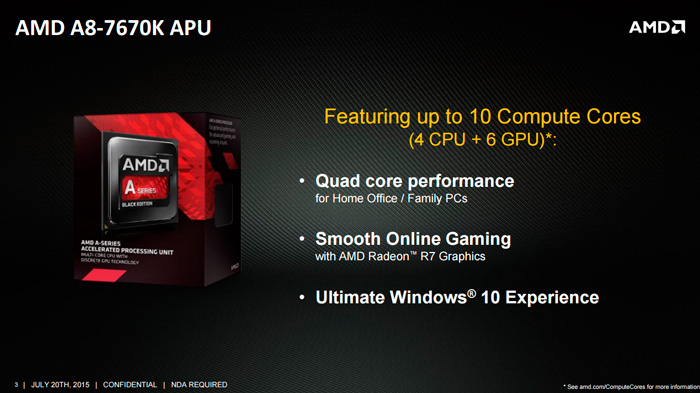 Moreover, the GPU of the Radeon R7 series also improved by increasing from 720 MHz to a 757 MHz GPU, including this A8-7670K. Naturally all compatibility with FreeSync, DX12, Virtual Super Resolution or Dual Graphics is still maintained. 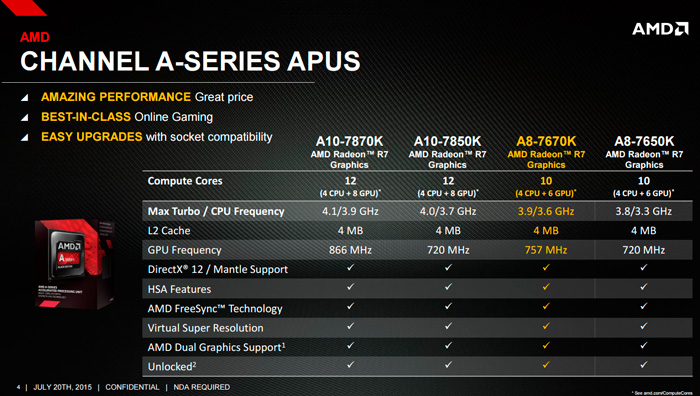 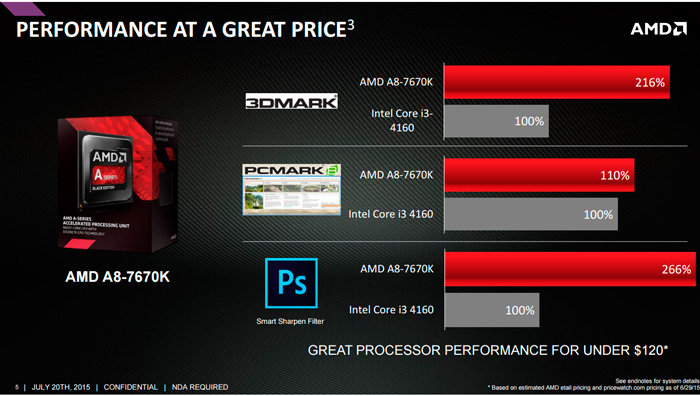 The graphics performance is well above low end dedicated graphics cards, so you can save the dedicated GPU, either for multimedia tasks or to play games at 1080p. 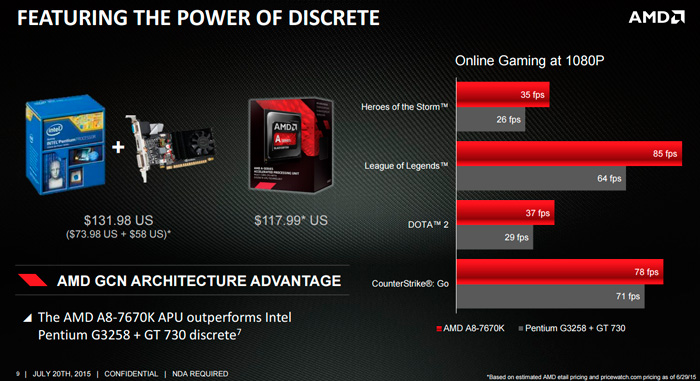 Being the K series, the AMD A8-7670K allows overclocking through multiplier, so you can increase the performance quite simply. According to AMD, you can get 36 FPS in Ultra mode in Heroes of the Storm, increasing its frequency to 4.3 GHz CPU and 930 MHz for the GPU. 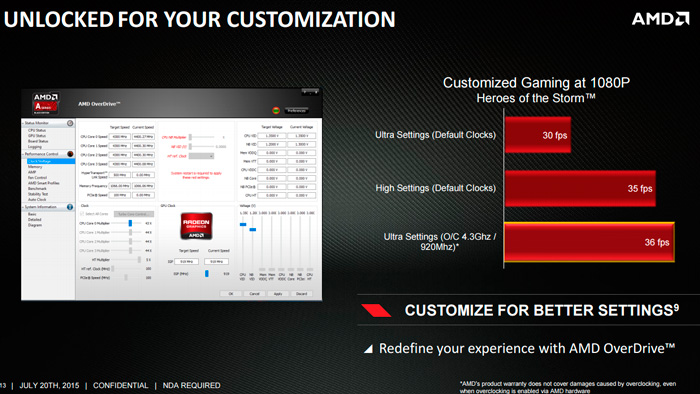