Top 10 most attractive ultrabooks on the market

Ultrabooks are one of the most attractive categories of personal computers and next to the 2-in-1 laptops and gaming dedicated computers, they are the ones pushing a market that’s been going downward in recent years. Ultrabooks stand out for their focus on mobility, with thin and light designs; some in convertible formats; use of premium chassis materials such as aluminum, magnesium or carbon fiber; great battery life; HD displays with sizes between 12 and 14 inches; SSDs for storage and sufficient processing and graphics card power. Today we dedicate our article to the most interesting models for sale and -thanks to the presentations at IFA 2016- others that will arrive starting this month. Attractive but not cheap, they require a minimum investment that stands at the barrier of 1,000 dollars and upward. (The numerical position is random and does not respond to any selection criteria) 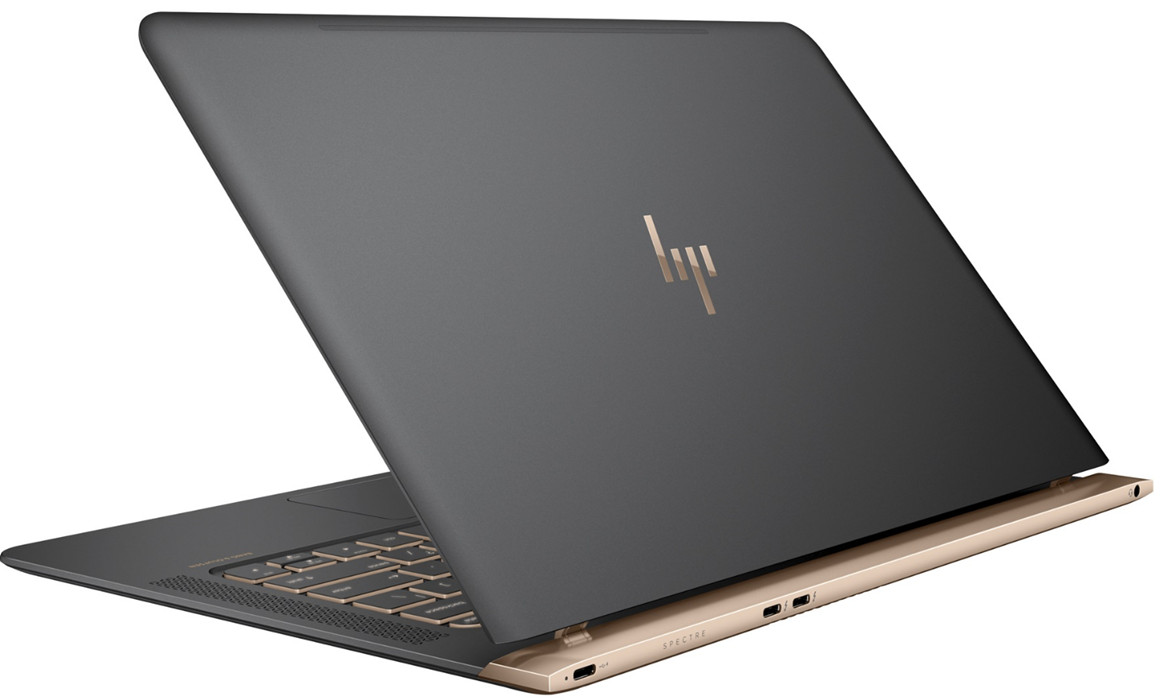 Labeled as the “world’s thinnest laptop” with a thickness of 10.4 mm, it uses an 13.3” ISP borderless display and it weighs 1.1 kilograms with a hybrid two piece battery for 10 hours of battery life. It uses Intel Skylake processors and it includes a hyperbaric cooling system by Intel. It features three USB Type-C connectors with Thunderbolt support, ac Wi-Fi and Bluetooth 4.2, Displayport 1.2 output and HDMI 1.4, Bang & Olufsen stereo speakers with HP’s Audio Boost technology. 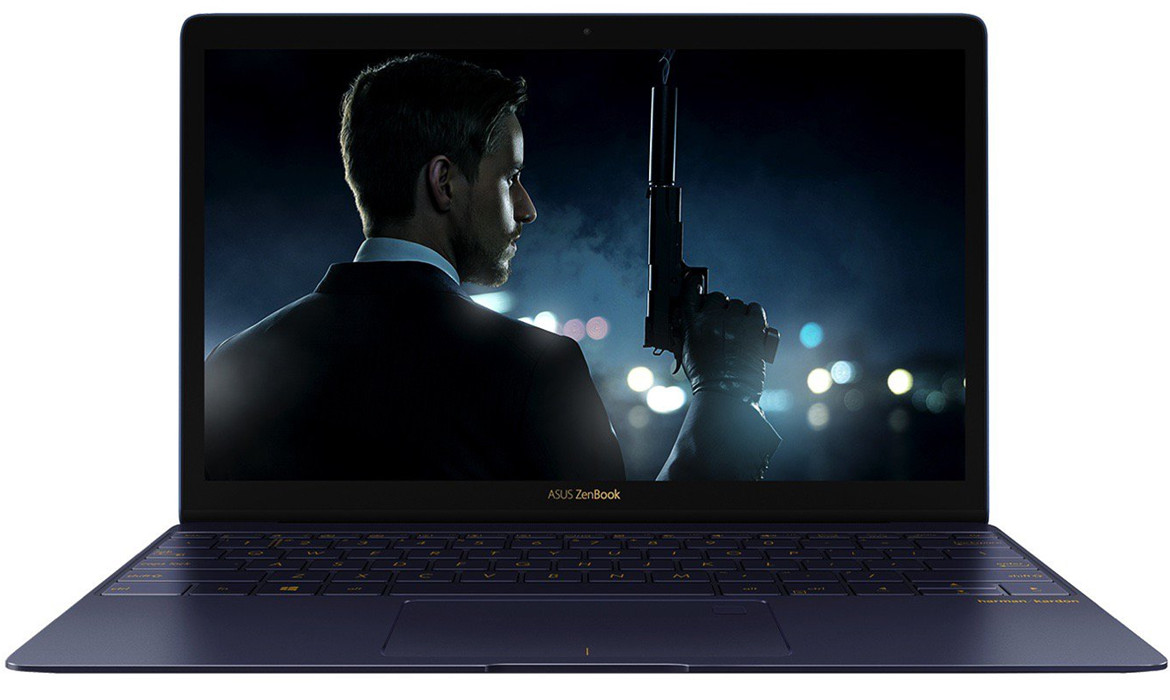 ASUS just announced an upgrade of this model on the IFA 2016 with the new Intel processors Kaby Lake, towards which every manufacturer is going to move on the next months. It retains the other features that define this reference ultrabook, such as aerospace grade aluminum chassis with a thickness of 11.9 mm and weighing 920 grams. The screen is 12.5 inches diagonally, it is protected with Gorilla Glass and it has narrow bezels. It includes four speakers from Harman Kardon, a backlit keyboard with 0.8mm travel, a glass touchpad with an integrated fingerprint scanner and the standard USB Type-C port. The declared battery life is 9 hours. 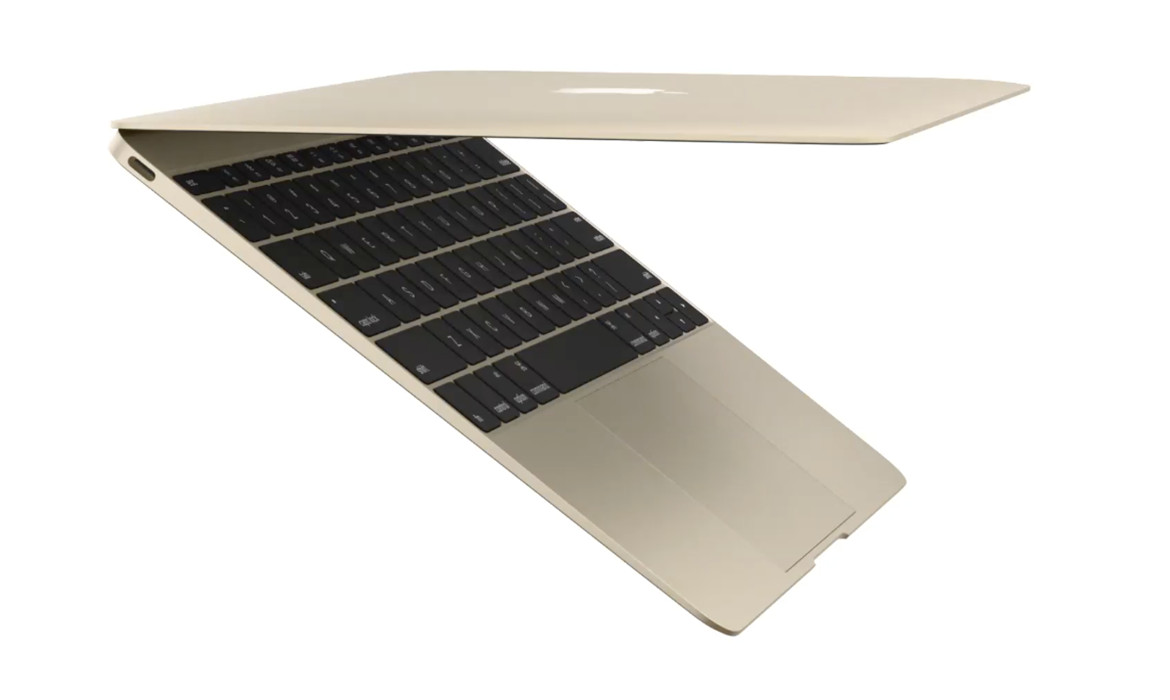 The “lightest, most efficient and thinnest laptop ever built”, as Apple advertises this model of 13.1mm of maximum thickness and 900 grams of weight with a steel and crystal frame. Its screen is a 12 inches Retina with native resolution of 2,304 x 1,440 pixels and 16:10 aspect ratio. It is the first Apple notebook with passive cooling design, i.e. without noisy fans. This is possible thanks to the new design and the use of Core M processors that also allow up to 10 hours of battery life. It was one of the first in the market with support for USB 3.1 and the reversible connector Type C, “All in one” for USB, DisplayPort, Power, HDMI and VGA. (Read More: Best Monitor for macbook Pro) 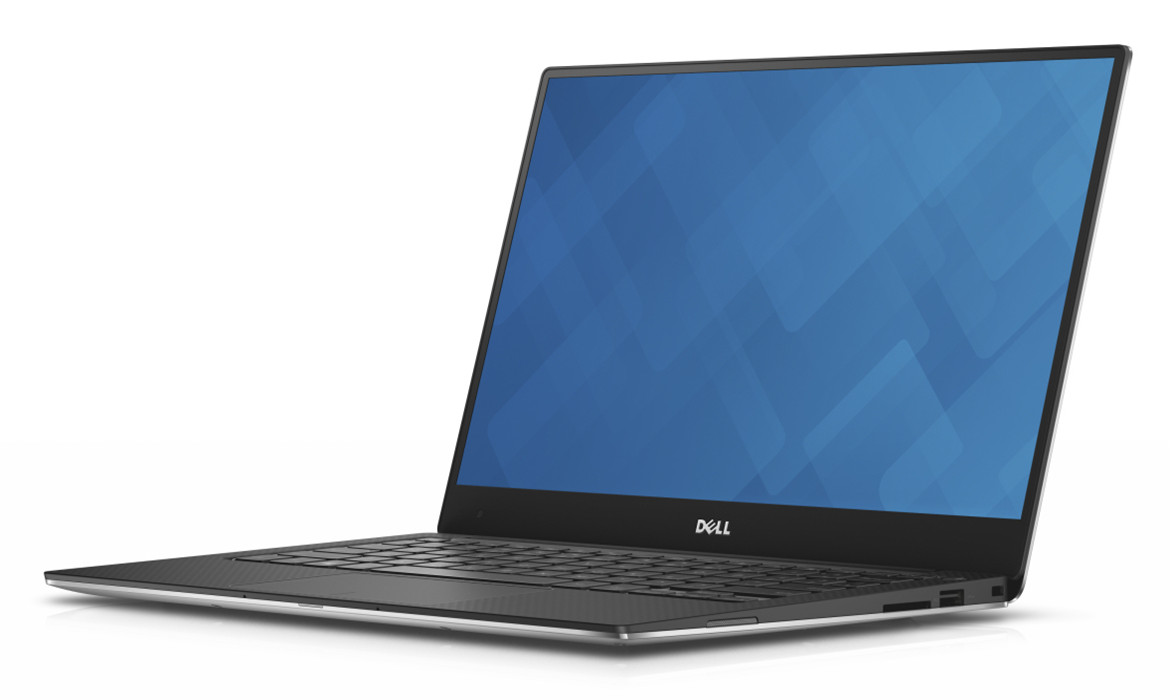 One of the most respected in the industry puts together a 13.3 inches InfinityEdge display (practically borderless), with Full HD panels and a 3200 x 1800 pixels touchscreen. It incorporates two USB 3.0 inputs, one with PowerShare; 3 in 1 Card Reader (SD, SDHC and SDXC); headphone jack; ThunderBolt 3, DisplayPort 1.2, video output, VGA, HDMI and Ethernet. It is equipped with Intel Skylake processors and it will surely be upgraded to Kaby Lake. It has about 18 hours of battery life with extended battery. It is of note that this is the only listing that can be configured with two operating systems, since Dell offers support for both Windows 10 and Ubuntu Linux. (Read More: Best Laptop for Video Editing) 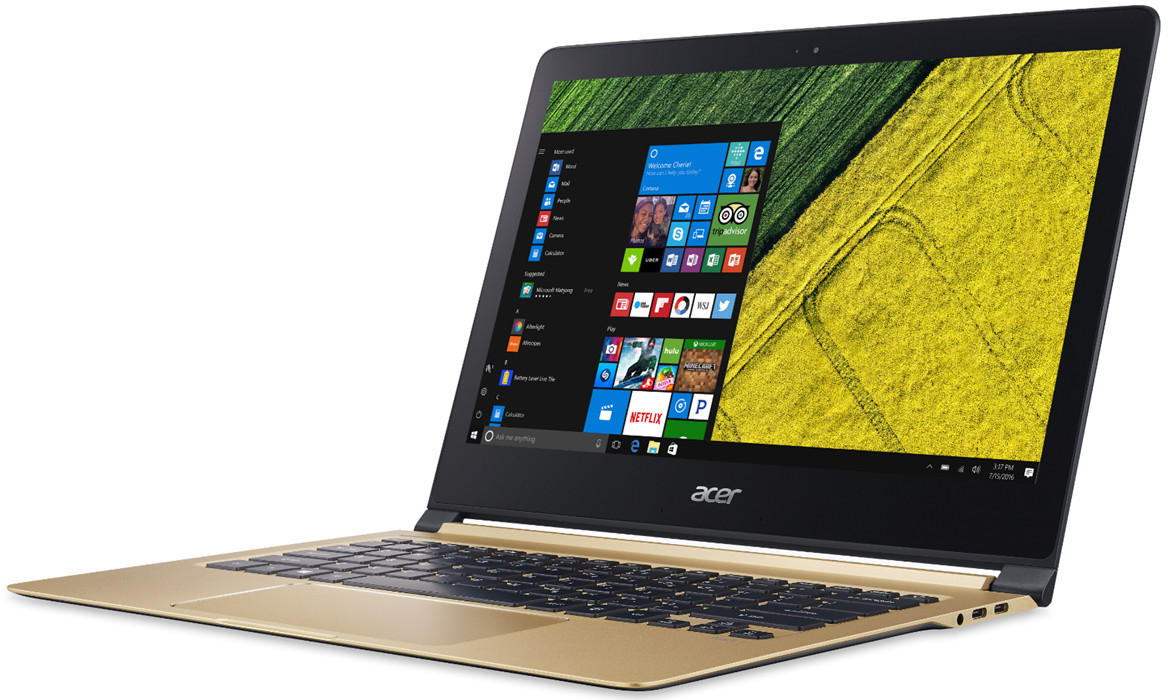 Another of the new generation ultrabooks presented at the fair in Berlin. Notable for its 9.98 mm thickness which is near the absolute minimum attainable in this type of hardware which, when it reaches the market will turn it into the thinnest in the market. It is made with an aluminum unibody design that covers a 13.3-inch screen with full HD resolution, Gorilla Glass protected. It uses one of Intel Core’s new generation Kaby Lake processors, two USB Type-C and a HDR enabled webcam. It operates for 9 hours. 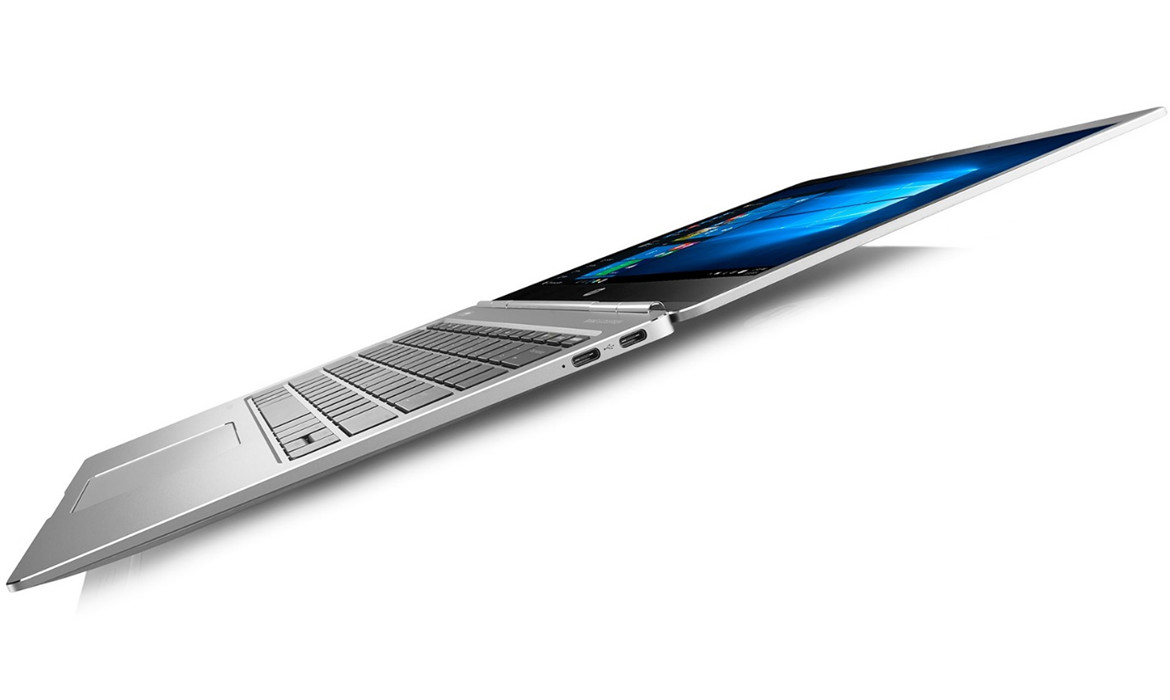 It is the thinnest and lightest business notebook manufactured in the history of HP. Its CNC polished aluminum chassis leaves a 12.4 mm thickness and a weight of under a kilogram. Its screen of 12.5 inches diagonally can be selected with resolutions up to 4K and it can be swiveled 180 degrees to place it in a fully flat position. It uses Sixth Generation Intel Skylake processors, Intel Core m5-6Y54 model of ultra low voltage which allows a passive cooling design without fans and ensures autonomy of over 10 hours. Highlights in connectivity include the two next generation USB Type C ports with Thunderbolt 3, plus dual-band ac Wi-Fi and Bluetooth 4.2. It includes premium security and management options to facilitate inclusion in IT. 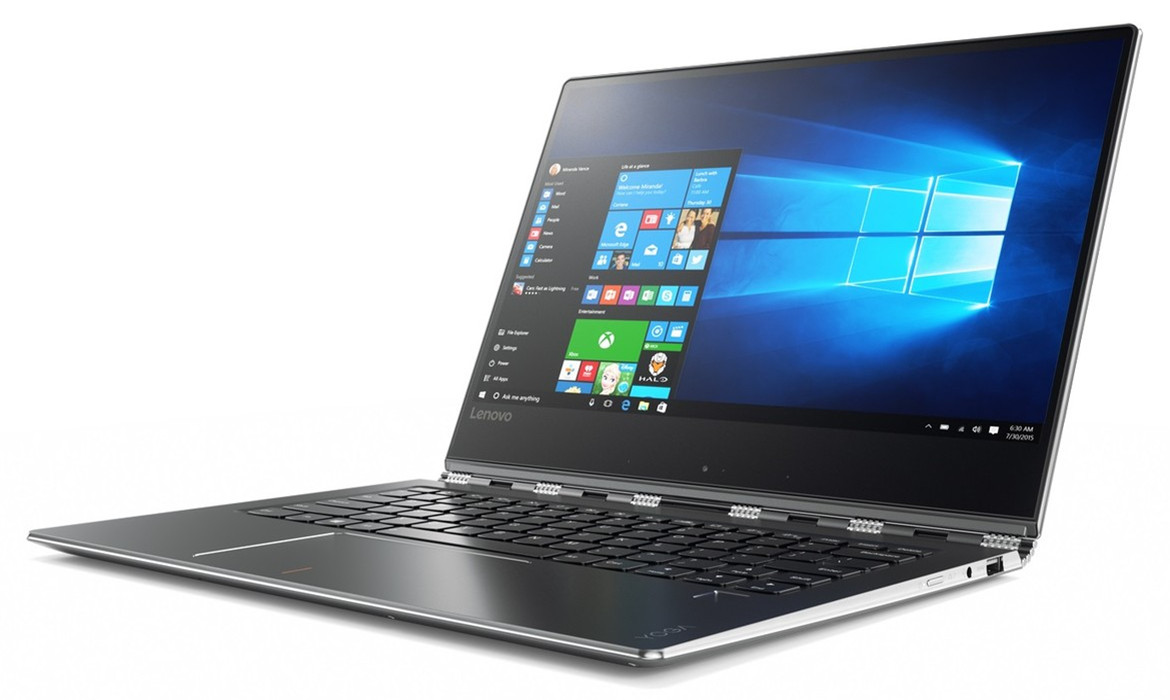 Another new model presented in the Berlin fair, which adds a convertible design for use as a tablet and thus a greater thickness and weight that the industry average, although not enough to discard it from this group of ultrabooks with 14.3 mm and 1.29 kilograms. It uses a 13.9-inch multi-touch screen with FHD resolution or 4K and Intel Kaby Lake processors. It has two USB Type-C and an USB 3.0 port. Also ac Wi-Fi and Bluetooth, memory card reader, fingerprint sensor and a battery that according to Lenovo, will offer a huge battery life: 15 hours. 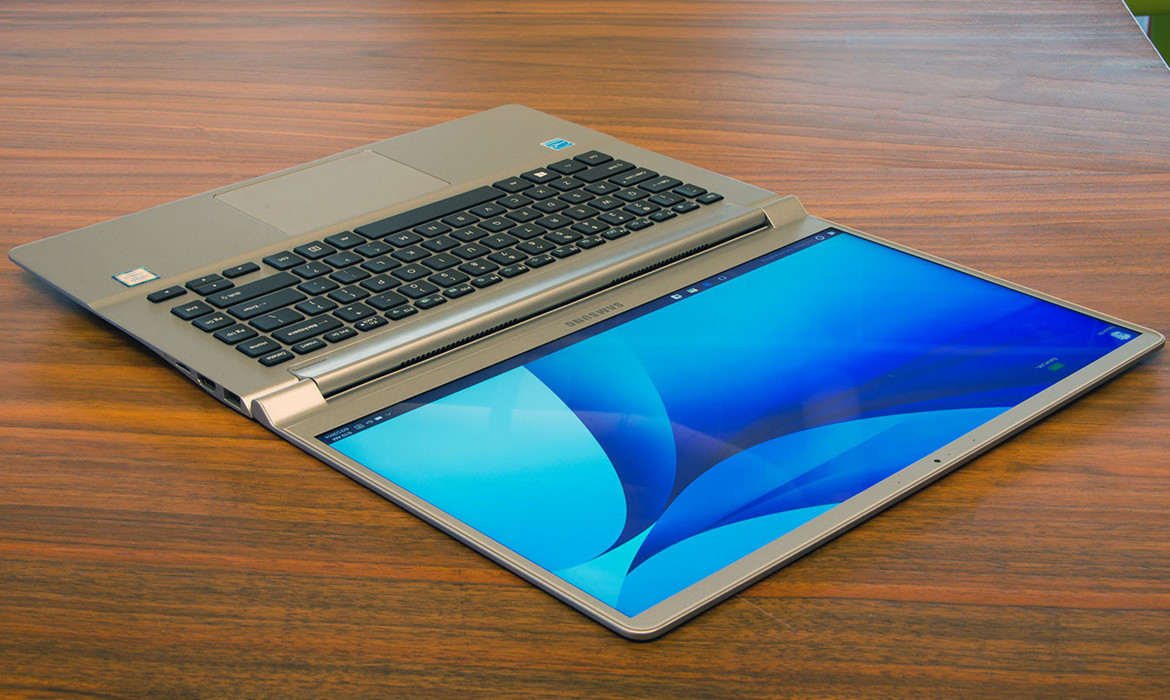 PCs are not the top priority for a company that is more busy selling its Galaxy phones, but it does have interesting models like this Series 9 of extreme thinness and weight with its magnesium chassis. Its 13 inches display offers native resolutions of up to 3200 x 1800 pixels. Its screen can be folded at angles up to 180 degrees. Fitted with Intel Skylake processors and for connectivity: Wi-Fi 802.11ac, Bluetooth 4.1, two USB 3.0 ports and a memory card reader. 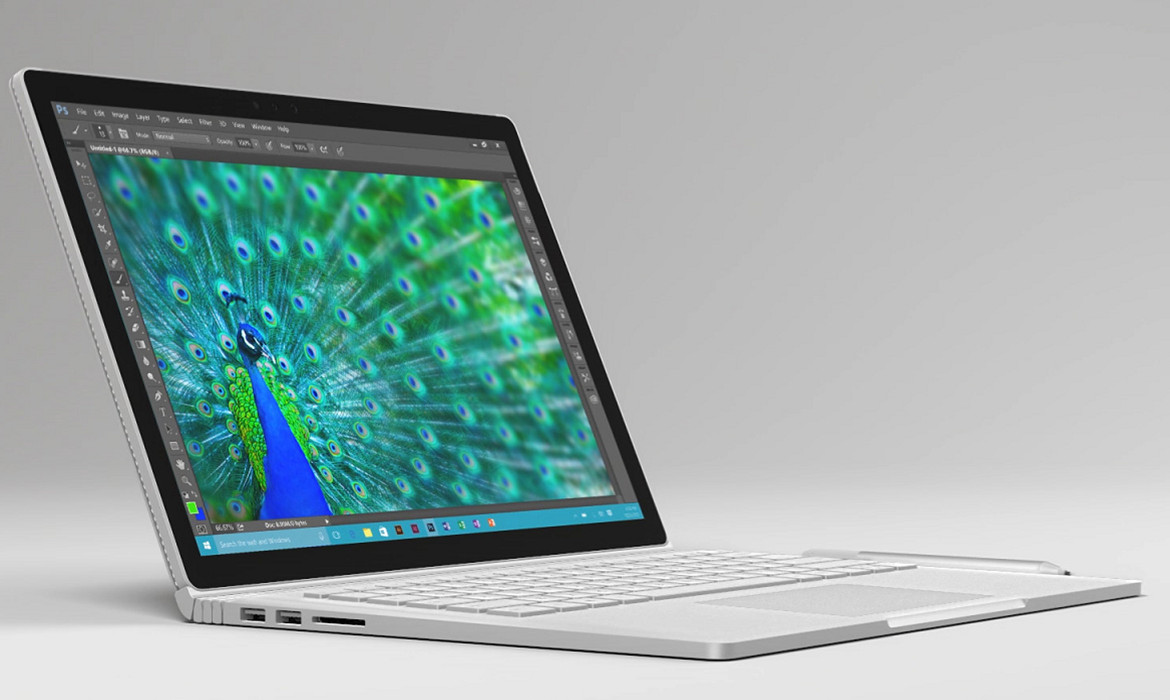 Just like the Yoga 910, Microsoft’s Ultrabook it’s not a “pure” laptop because it has a detachable touchscreen that functions as a tablet. It was Microsoft’s big surprise in their own hardware presentation last autumn and we added it as an example of an halfway device between an ultrabook and a 2-in-1. It boasts a magnesium body, a 13.5 inches multitouch screen, PixelSense technology and a 3:2 format that appeals to the professional market with a native resolution of 3000 x 2000 pixels. It uses Intel Skylake processors, a dedicated NVIDIA graphics card (optional) and a Surface Pen stylus. It’s average battery life is 9 hours. 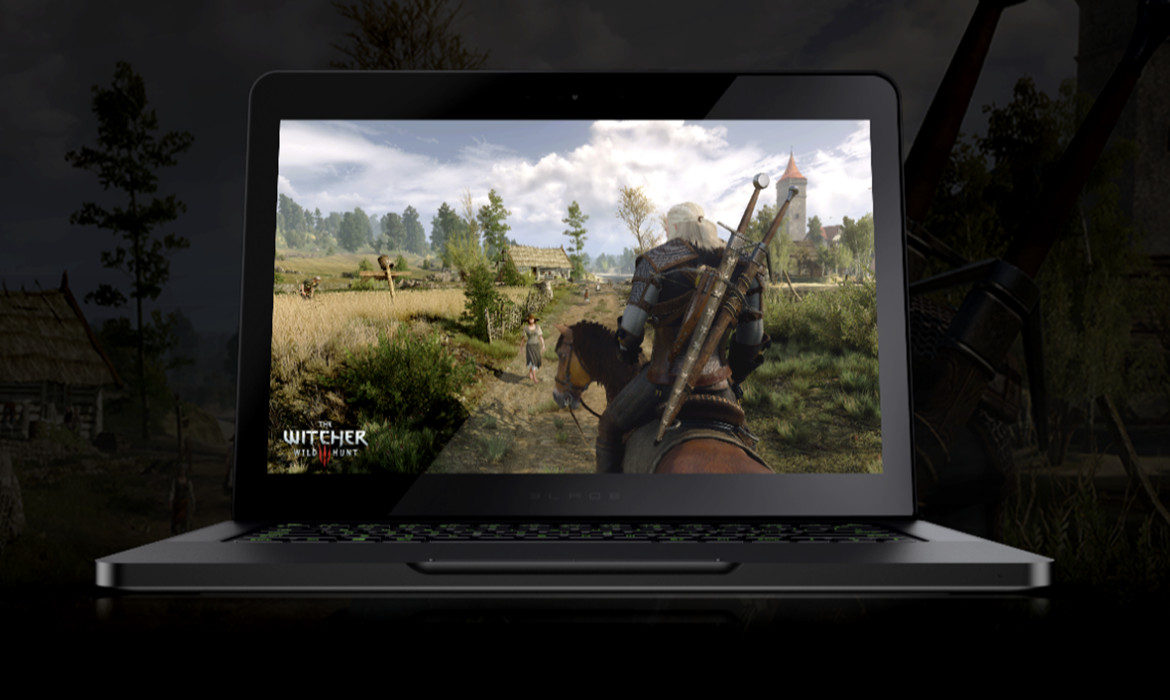 It is not exactly an Ultrabook for its thickness and weight is greater than the rest, but we have taken the liberty of including it as an example of another major segment. A model clearly focused on PC gaming and therefore different from all previous ones. Despite being a little chubbier than the rest, it claims to be “the thinnest, lightest and most powerful 14” gaming laptop”, thanks to its CNC aluminum body. It offers IGZO Full HD panels and QHD+ of up to 3200 x 1800 pixels, Intel Quad Core Skylake processors, and dedicated NVIDIA graphics cards. In this group we could include other laptops that are equally attractive, for example the recently renovated Alienware 13. (Read More: Best Gaming Laptop)