4K screens, Broadwell dedicated graphics and Intel quad-core processors are some of the specifications that we see in these machines.

The high-end line also deserved a place in all the presentations that Toshiba has made today, and that gap has been covered by the Satellite S series, a line of laptops with screens that can reach 3840 x 2160 pixels (UltraHD) in the most exclusive models, or 1080p and 1600 x 900 on the most basic ones. There will be the option to enjoy a touch panel.

In this family we will see the arrival of Broadwell Intel 5th generation processors, but not the energy efficient models but rather the high performance range with up to 4 cores and 16 GB of RAM. There will be configurations with SSD + HDD to not give up on performance and storage capacity, and we see also that all models will include WiFi 802.11ac. 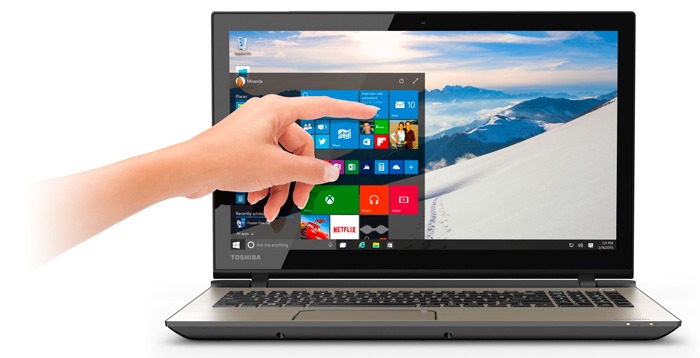 On this occasion there will be the option of dedicated NVIDIA graphics cards, though they have not revealed yet which specific models will have them, and they will also come in versions of 15.6 and 17.3 inches.

You can find in this S series the key dedicated to Cortana and the two built-in microphones. Though this time the Satellite S Series will arrive the same day as Windows 10, that is, on July 29, and inexplicably Toshiba has decided to launch them with Windows 8.1 so that users are those who have to upgrade to the new version of the operating system from Microsoft.