UHDTV and QuadHD: Beyond the High-Definition.

A story that is likely to be repeated all around the world and it’s something that has us like protagonists, just as mere spectators of the vagaries of technology. Surely, we have bought our cutting-edge FullHd TV just some weeks ago, thinking that this technology will last for a long time with us. Unfortunately, this is a wrong fact because in this precise moment are settling the bases of its replacement. One of this wonders is the UHDTV, which thanks to its resolution that can deploy in front our eyes, is going to make our cutting-edge TV become absolutely obsolete in a short period of time.

The competence to show beyond of what our eyes can see, it’s being developed in the design tables with a few but quite expensive things to show on the stores’ shelves. However, the way which technology goes in fast pacing, there is no need to be waiting plenty of time necessary for that situation to goes in reverse, and newly we will find ourselves in the mission to get the TV which works to enjoy the new experience.

In this aspect, there are plenty of businesses that find their selves with their heads fully immersed in the development of the necessary supports, either in software as in hardware to make a reality what engineers have defined in image-quality matter, which aims to overcome even more what we know as high-definition.

The Format of the Future.

Definitely, UHDTV (Ultra High Definition Television) is going to be in a few years the standard, in which every video systems of the world should adapt. 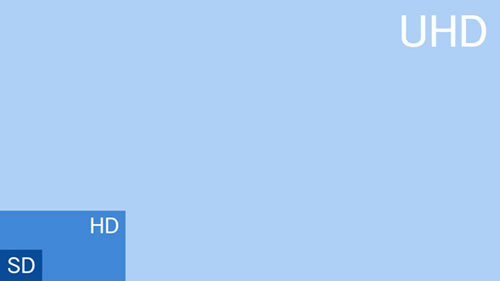 The Ultra HD television, well known as Super Hi-Vision, Ultra HDTV, Ultra High Definition Video or just 4320p, is a format of digital video capable of reach an outstanding resolution of 7680x 4320 pixels, 4320 lines and 33 millions of pixels, which compared with the 1920 x 1080, 1080 and 2 million of pixels that we define as ‘high-definition’ brings to UHDTV an image-quality unimaginable.

In sound matter, it will offer a new standard, which is compounded with 24 channels of audio, 9 above the ears, 10 at the level of the ears, 3 below the level of ears and the 2 remaining dedicated for bass.

Regrettably and as we have mentioned at the beginning of this article, we will have to wait a long time for this technology to be installed in our living room due to its technical impossibility of carrying a nonsense resolution size to the current hardware, limited to be able to process so much information. We have to bear in mind that 1 minute of recorded material in this format occupied about 194 GB. 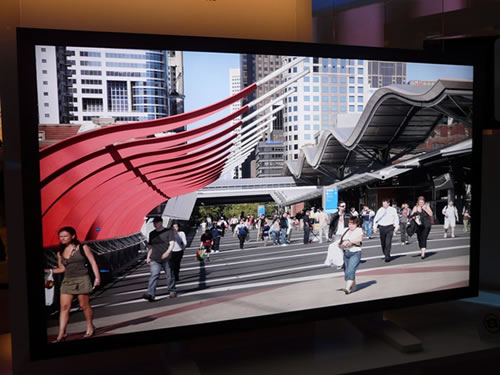 Another format that is waited to be released by big brands, it’s the called ‘QuadHD’, well known as 2160p, which is a digital format as well capable of reaching a higher resolution that FullHD.

Projected to be the real successor of the FullHD of 1080P, offering to the user a resolution of 3840 x 2160 pixels (4K), doubling the resolution offered with FullHD.

Unlike UHDTV, the biggest firms are now offering to the market some devices that fill these requirements, the truth is that they are difficult to buy due its high prices. Besides, the technology is not popular, it’s almost impossible to find material which can use the maximum resolution that they are capable of offering.

Another problem that arises from its usage is the impossibility of store the content recorded in that resolution because although it’s compatible with the transfer speeds in the HDMI version 1.4, which allows a constant flow of information, the tremendous volume of data cannot be stored in a Blu-Ray, for that it needs another physical support.

In that way, one of the probable solutions to that dilemma is the use of hard disks, but it’s not a viable solution in terms of distribution, thus we have to think in the streaming through the Internet as an efficient way to sell it to the public.

Nonetheless, one of the major and most popular sites for streaming videos on Internet, which is YouTube and since 2010 allows this kind of content, thus several opportunities are available.

What do you think about this new technology? Do you think that exist a limit when it comes to high-definition? Does it deserve the worth to buy a Full HD TV, having around the corner the launches of these new and cutting-edge technologies? Share your opinion with us!