What’s the difference between Virtual Reality and Augmented Reality? What does HMD mean, and what the heck is an omnidirectional treadmill? What does latency and screen refresh rate have to do with it? In our Virtual Reality glossary, we’ll explain the most important terms from the world of VR. 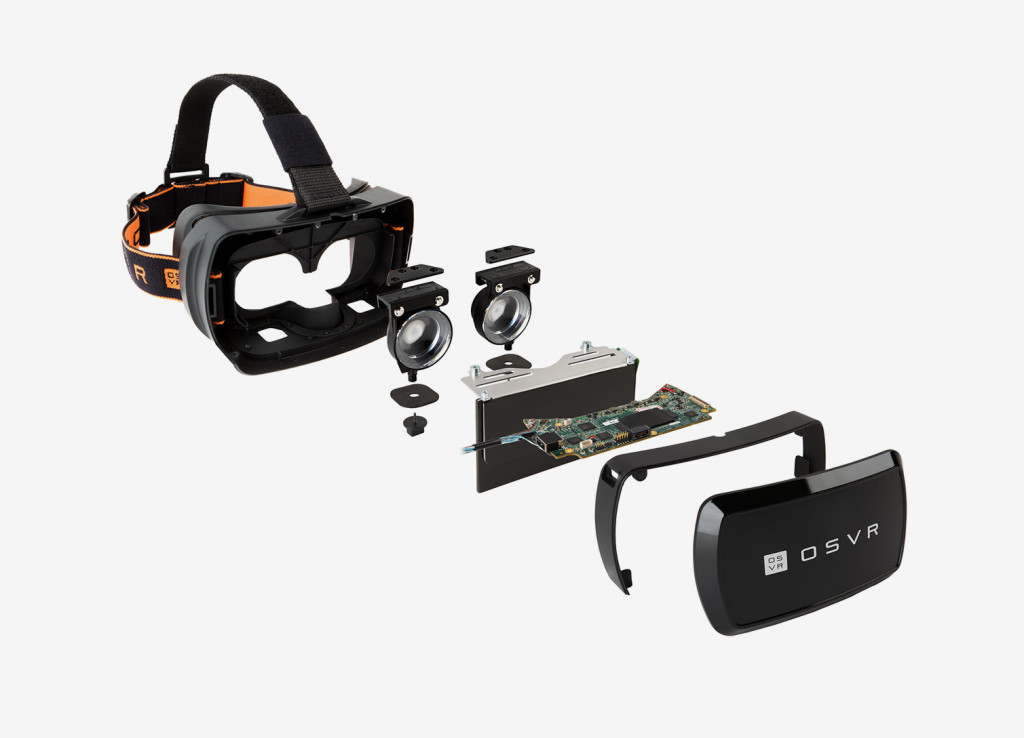 3D-Audio: 360°sound for VR headsets. The sounds will be played back through the headphones to match what’s happening in game.

Avatar: An avatar is your character in the virtual world.

Refresh Rate / FPS: The number of frames per second displayed in your headset depends on the refresh rate of the integrated displays (measured in HZ). The more, the better. To create a pleasant and convincing illusion of reality a VR headset should be able to display at least 75 frames per second when dealing with fast movement.

Chaperone-System: The Chaperone-System is a safety feature developed by Valve. A camera is integrated into compatible VR headsets and registers the surroundings of the players. By showing holographic wireframe=lines inside the headset it can warn the player when he’s getting to close to an object or person in his room. This drastically reduces the risk of collisions.

Eye-Tracking: Eye Tracking means that the movement of the players eyes is being monitored which lets the headset know what part of the image the player is focusing on. This is accomplished using specialized sensors and the information will be fed into the system.

Field of View (FoV): The FoV describes the dimensions of the area within primary vision of the player. This depends the types of lenses and displays used in a headset. The bigger the field of view, the more immersive the experience.

Foveated Rendering: Thanks to Eye-Tracking in combination with this method, parts of the image the player is focusing on will be sharp and the ones in peripheral vision will appear more out of focus. The human eye can only perceive all the detail of the objects it’s focusing on. Parts of the image within peripheral vision of the player will be rendered at a lower resolution which saves hardware resources.

Gyro-Sensors: With the help of these sensors (Magnetometer, Gyroscope, Accelerometer) devices like smartphones can detect their position, orientation, acceleration, and movement within space. These sensors allow VR headsets to register the movements of the player’s head. -> Head Tracking

Haptic Feedback: Thanks to haptic feedback functionality, devices such as headsets and controllers can let the player feel what they’re doing in the virtual world. This ranges from simple vibrations to small and safe electrical impulses.

Head Tracking /Rotational Tracking: Describes the tracking of the player’s head movements. It has to be as accurate and have as little latency as possible so that the players motions can be carried into the virtual world 1 to 1.

HMD: HMD is an abbreviation for a head-mounted display. This can be a video headset or a VR headset. The former simply displays video on a screen directly in front of the eyes. A VR headset also has sensors to track the player’s head movements as well as lenses that create a more natural field of view.

Immersion: Immersion describes a transition of the player’s consciousness into the virtual dimension. The player’s perception of the real world around him diminishes while they start feeling more like the character (avatar) they are playing as in game.

Latency / Delay: Describes the delay that occurs between a player’s movements and movements carried out in game. The lower the latency, the more realistic the VR experience.

Low persistence: An Oculus developed technology that minimizes ghosting on the screens. This means that rapid head movements won’t cause a blurry image.

Mixed Reality (MR): Mixed reality describes a combination of the virtual and real world in order to create new environments and visualizations in which real world objects coexist alongside digital ones rendered in real time. It is like a mix or AR and VR.

Motion Sickness: Also, referred to as simulator sickness, this term describes a feeling of discomfort induced by a “confusion” of the sensory organs through visual events that don’t match up with the information the organ of equilibrium provides to the brain. In VR, this can also be caused by high latencies in tracking systems.

Motion Tracking: Motion tracking or Motion Capture are terms describing a tracking method that is able to capture every motion of the player and turn them into information the computer can process. This information can then be used to control applications.

Omnidirectional Treadmill: An omnidirectional treadmill is a device that senses the walking movements of the player and allows them to move in the virtual dimension simply by walking.

Positional Tracking: Tracking of the position of the VR-HMD in space. This is often accomplished through optical sensors that recognize where the headset is located in the room. As with head tracking, this should happen with as low a latency as possible so that the movements of the player are carried out 1:1 in the virtual world.

Presence / Tele-Presence: Describes the feeling of total immersion in a virtual world. The better the immersion, the more the player feels like they are part of the experience.

Room Scale VR: This describes a kind of VR allowing the player to move around freely within a certain area of a room. Usually, a setup like this is carried out with a VR headsets, sensors measuring the room and motion controllers.

Virtual Reality (VR): A computer-generated virtual world that the user can fully immerse themselves in and interact with.