That said, I will start with a first image of what will be Vega’s internal schematic architecture: 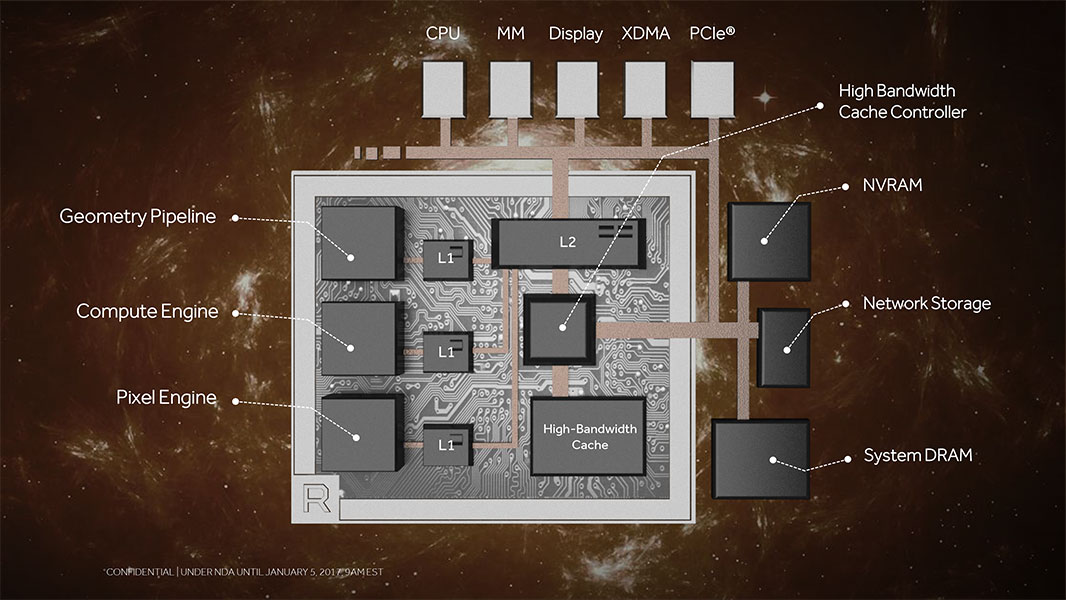 Perhaps, the most important thing that Vega brings to the board right now is its new computing architecture called NCU (Next Generation Compute Unit), which is capable of handling two FP16 floating point instructions within a single FP32 instruction. 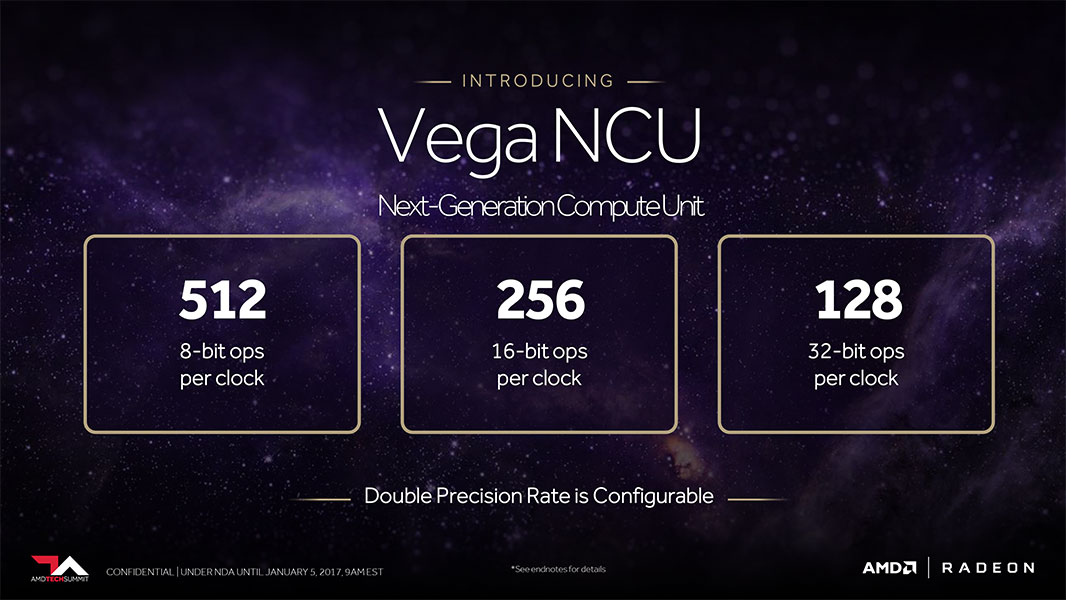 Another area in which Vega is going to be interesting is in his introduction of a new line of programmable geometry, capable of giving up to twice the number of operations per clock cycle, given that this new architecture is designed to handle up to 11 polygons per each clock cycle, using 4 geometry motors. 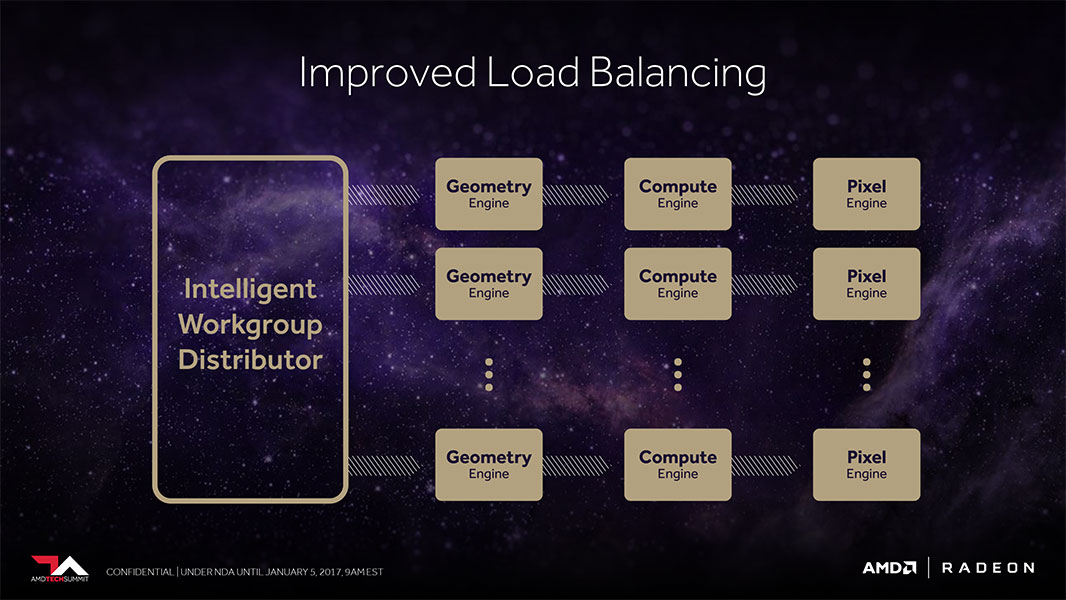 Of course, another one of the big things of these new graphics is the use of the new HBM2 graphic memory, which evolved from HBM that was already used with the launch of Radeon R9 Fury graphics. In this case, the new memories will no longer be virtually hidden to the poor 4 GB of the original HBM, but it will be possible to create graphics with up to 32 GB of video memory. Although, this could only be useful in the graphics market for workstations. However, another major improvement has been to double the bandwidth available for each pin, which would, of course, eliminate the current bottleneck that the HMB memory presents. 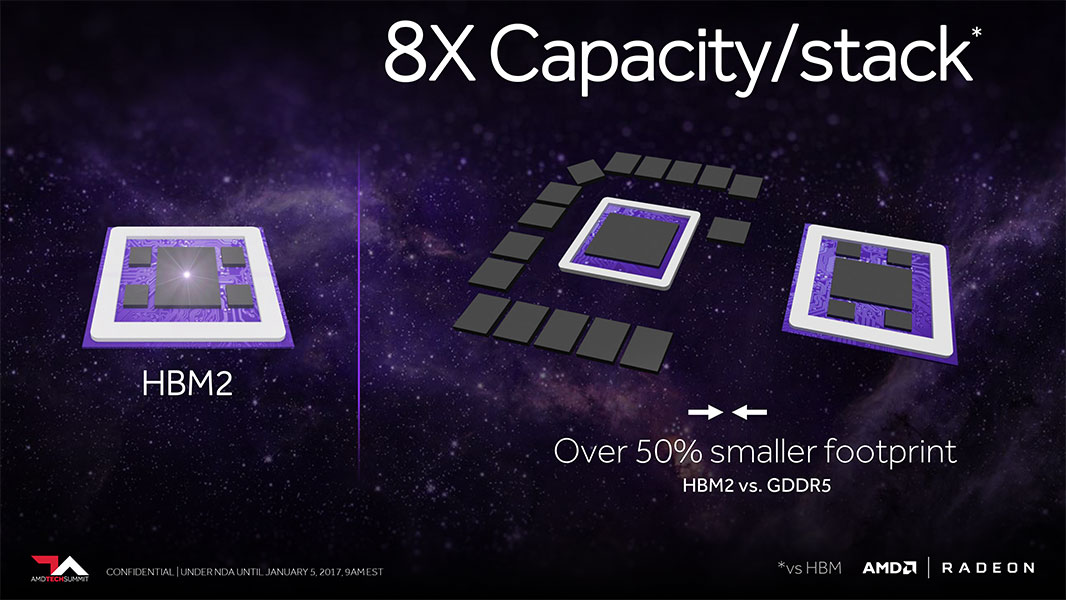