What are the NVIDIA “Founders Edition” graphics?

Yesterday, we were discussing the price and the release dates of the upcoming Pascal graphic cards from NVIDIA (the GTX 1070 and the GTX 1080), including what the manufacturer has called “Founders Edition”. It seems that it is still not very clear what is the difference between these graphics and the other ones, so in this article we will clarify it to beyond any doubt.

In the event in which NVIDIA introduced its new graphics to the press, they were not too clear about the issue of nomenclature, among other things. In fact, the names tend to confuse some people. So, what is so interesting about this NVIDIA Founder Edition of its new Pascal graphics?

It is actually very simple: like in previous generations, NVIDIA has no plans to sell directly any reference models, leaving it in the hands of assemblers that have permission to modify the graphic heatsink reference to integrate their own cooling solutions, so as to vary the frequency of operation and be able to offer OC versions of them.

However, NVIDIA has significantly modified the reference heatsink for these GTX 1080 and GTX 1070 just introduced. In addition to being more efficient and quiet, the chips get quite less hot, operating at a maximum temperature of 67°C at maximum load, according to tests run by NVIDIA,  a result really much lower than we are used to seeing (achieved basically by the design of the chip and not by an improvement of the heatsink). For this reason, NVIDIA has decided that in this case it will sell its new graphics with a heatsink reference, which has dubbed “Founders Edition”, asking for a $100 Premium for them. 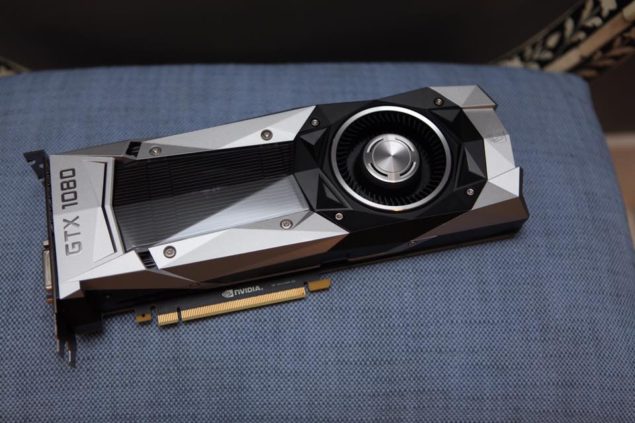 In summary: the GTX 1080 and GTX 1070 Founders Edition, which will cost $100 more than the models introduced by assemblers, are basically just reference models. They are not special or limited editions, nor are they factory overclocked. They are merely that, reference models. And NVIDIA will charged us $100 more for them.

Of course, assemblers will also try to get a cut of this, selling their own “Founders Edition” models for $100 more than the regular models, which will generally be launched later on and be actually better than these Founder Edition, because they will incorporate their own more efficient and silent cooling systems, and possibly being factory OC in many cases.

Impossible to understand, but this is how NVIDIA has decided to do things this time.