WIFI vs Ethernet, which one should you use and why?

Wifi connections have made our lives much easier, because thanks to them we can create a network in which we can connect multiple devices in a simpler and more secure way, without the need of cables. But we must also take into account that they do not offer the same advantages as a cable connection.

It is a question that has been widely debated, but even today, continues to present itself with doubts, which is the reason why we have created a special article in which we will reflect on the subject of wireless connections and cable connections.

Velocity, the brakes could be your connection

When talking about the transfer speeds, it must be clear that the release of the standard WiFi AC has allowed an enormous launch of the same types of wireless connections for current models such as the NETGEAR R6300v2 which are capable of reaching maximum speeds of 1,300 Mbps.

If the 450 Mbps that are acquired under the standard WiFi N are added to the previous figures, the combined speed would be of 1,750 Mbps, significantly above the speeds of the Gigabit Ethernet ports which are currently present in routers for general consumption. 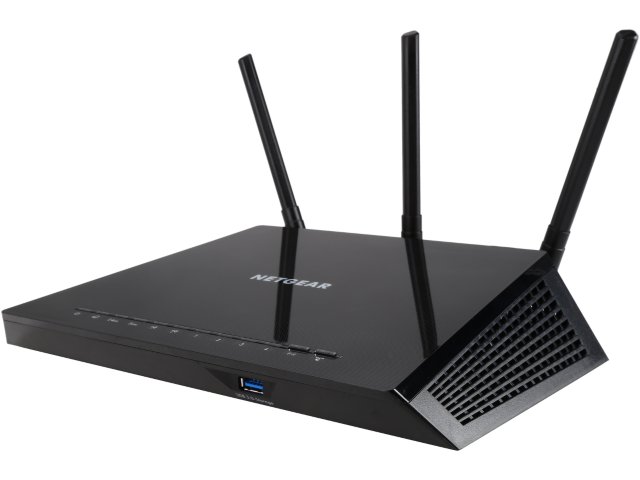 But both the wireless speed and the cable speed will be affected by the speed of the connection to the Internet and by the cabling or wiring that is being used. In case that, for example, if we had an Internet connection of 300 megabytes, that would be the highest possible speed that could be reached regardless if you were to use, say, a Gigabit Ethernet port going 1,000 Mbps (1 Gbps).

Nevertheless, if we have the previously stated connection speed to the Internet, and we connect through a Fast Ethernet port, it would not be taken advantage of properly, since that connector limits us to 100 Mbps.

Latency is what is most popularly known as “ping” or “lag”, and is usually the cause of setbacks or lost packets from the bilateral communications produced within our system and the destined server. (Ping, short for Packet InterNet Groper).

WiFi connections are generally more prone to these types of problems, so if you are thinking of reproducing multimedia files in high definition or participating in online gaming, you’re better off using cable connections since they tend to encounter less latency problems

Let us recall that latency can also be influenced by other factors and can be provoked for various different reasons, like for example, saturation or excessive internet usage, the distance between wireless connections, or even some type of temporary malfunction that affects our Internet provider.

Before anything, we must have it clear that a wireless connection as much as a cable connection can suffer interferences that affect the stability and quality of the signal, but are more common and affect WiFi connections for the most part.

It is important to keep in mind that our wireless connections share bands with connections of other people and other devices or electronic consoles, but still has to also deal with technological obstacles within the household, as well as distances and their reachable limits.

All of those elements can affect the quality and stability of the signal, causing it to be very low in concrete zones, and can negatively affect our experience of using them to our enjoyment.

So, cable or WiFi?

The answer is an “it depends”, but we can take out two very simple conclusions that will help us decide which connection is adequate for you: