We squeezed the most out of Microsoft’s new console a few days before it went on sale. We are talking about visually attractive finishes, power, 4K settings and capabilities, the first adapted games and so much more. It lands on November 7.

Xbox One X – Look at the beast

It has been a long time since Project Scorpio was announced as what would be (and is) the most powerful console ever created. Microsoft decided to go all in with this new version to give the console more power, which is something that the Xbox One lacked when it was launched. Starting November 7, we can officially buy the console in stores. On Meristation, we have been using for a few days one of these devices, which intends to take the console gaming to another level. But does it really?

A lot has been said about the technical specifications of the console. A device that goes on sale for €500 and provides 40% more power than the competition. A 6 Teraflop GPU, 12 GB GDDR5 and an 8-core Custom CPU at 2.3 GHz. It all comes alongside a 4K Blu-ray drive, 4K multimedia content playback, HDR technology and a 1 TB hard drive for storage. But the question is: what does this mean? This is mainly a device that is more visually compelling than the rest, and far better than what we saw in the Xbox One. 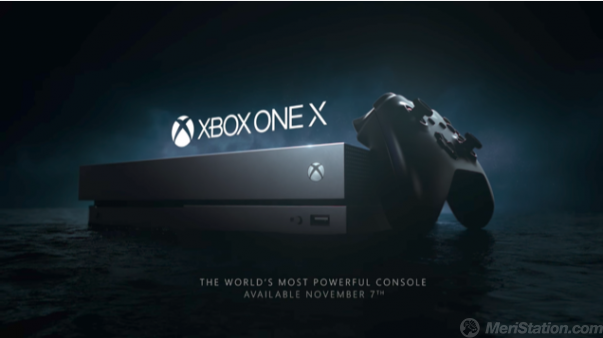 Our first contact with the console is curious. Although it is smaller and rocks more elegant finishes (black matte) than the original console, the Xbox One X is heavy (about 4 kg that are noticeable despite its small size). This is partly due to the fact that the power supply, unlike that of the Xbox One, is placed internally, so only a single cable comes out of it and goes directly into the socket. It barely makes a sound when we turn it on and it does not gets really hot considering that we have had game sessions of 8 or more hours in a row without the heat being too noticeable (we put it in a place where there were no walls on any of its four sides). Among the ports in its back, we can see the HDMI input and output ports (like in the original console, we can connect it to devices with video output), S/PDIF, an Ethernet port and two USB ports (another one on the side). The one thing lacking is any type of connection for Kinect, and even though we knew about this, it still surprises us. Those wanting to connect the console to Kinect will need an external USB adapter.

Once we turn it on, we will see a new startup animation and then we will have to update the console to use it. We add our gamertag and we will have the new Xbox interface, which is something that people were asking for because it felt confusing and awkward on the Xbox One, whereas it felt more comfortable and functional on the 360. The home screen has a highlighted tile (showing the last game you played, for example) and an menu on top showing the Home, Mixer (streaming system), Community (screenshots, videos, Xbox clubs, trendy stuff) and Store (to buy digital content) tabs. If we scroll down the menu, we will find other shortcuts to recently used content. By pressing the controller’s Start button, we will go to the main menu where we can quickly get access to games and apps, settings, pins, friends list, group invitations, achievements, messages, streaming system and the console’s settings.

Although it is easy to get used to this new system, which is not as overstuffed as the previous one, the truth is that there is still some way to go before it is on par with the excellent interface featured on Microsoft’s previous platform. 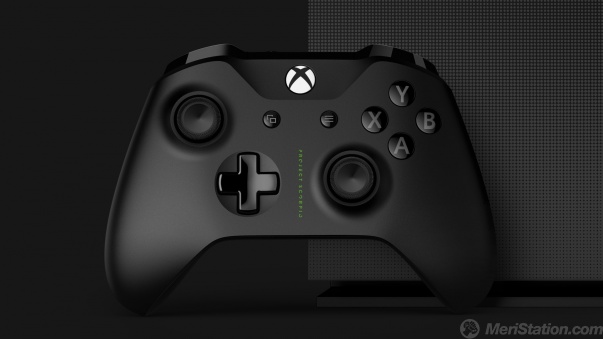 Setting up the 4K options

The Xbox One X is a platform designed to be enjoyed using 4K TVs. Although the company has insisted that the leap in quality is also interesting for users who have a Full HD TV because the games will have improvements affecting performance and other details, the truth is that the UHD resolution is the Xbox One X’s main attraction. To know if the TV is compatible with the console’s functions and capabilities, we can go to settings, screen and sound, and video output. There, we can choose one out of three resolutions (720p, 1080p and 4K), customize the color depth (24, 30 or 36 bits per pixel) and find the details of a 4K TV. The console is compatible with the 4K resolution at 60 Hz, and in terms of movies and TV it is compatible with 4K 10-bit at 24, 50 and 60 Hz as well as with HDR video; the same goes for games, and it allows us to capture clips and screenshots in 4K with HDR.

Actually, when recording in 4K, the system tells us that the clips’ maximum duration is 30 seconds and that they are shared at a lower resolution on Xbox Live (1080p). The clips are displayed in 4K when played with the console while the screenshots in 4K are displayed and shared in their full resolution. 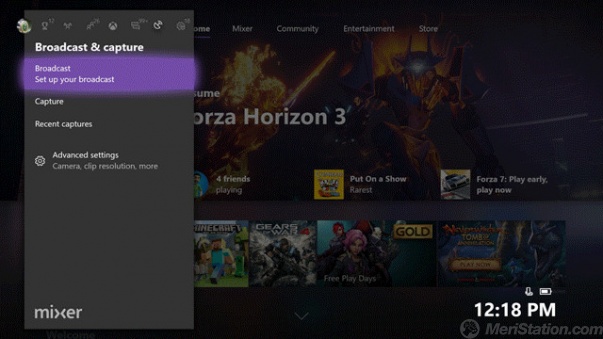 In addition to these details and the changes in the interface, the truth is that those players migrating from an Xbox One will be clearly familiar with everything in front of them. We are not looking at a new console but an upgrade that works similarly to the previous platform: it has an instant mode (but we get a somewhat slow normal boot like the one in the Xbox One if the instant mode is deactivated; in fact, the games and apps’ loading times are still a little slow, although they are faster than they were in the original Xbox One), an Internet connection that downloads games quickly (especially when compared to the competition) and a store offering all kinds of games, movies, TV series and services/apps (Amazon Prime, Netflix, EA Access, YouTube, and so on).

We begin to notice a leap in quality in several titles when we started playing, not only with Xbox One AAA titles, but also with less important games and even with backwards compatible games. One game that stands out and that is already enhanced for the new console is Gears of War 4. The game lets you choose between two types of graphics resolutions: 4K or 1080p but with a frame rate that goes up to 60 fps during the campaign. With the 1080p resolution, we see how fluid the rate is without experiencing lagging or stuttering during shootouts with the enemies, explosions and the change of the environment’s elements. However, the game really stands out when using 4K thanks to the level of detail and sharpness. Killer Instinct is another game that looks particularly good. The fighting title, now in the hands of Iron Galaxy, has been evolving in a surprising way up to its upscale to 4K, along with the typical fluidity this resolution offers, in the Xbox One X. We already said that the improvements were not only aimed at AAA titles for the brand, as in some cases like with Halo 3 (an Xbox 360 backwards compatible game) we get visual improvements that are outstanding in terms of detail, better textures and a more complete finish despite the game being over 10 years old. In the absence of an Anniversary edition…

We have also played games like Forza Motorsport 7, which is said to be the most asked for game and the Xbox One X’s king in these early stages due to its expected 4K and 60 fps. Although its update has not arrived yet, we saw it at E3 and in London showcasing adverse weather elements and power for the Xbox One X. Even if the game already looks good nowadays, it should set the bar with the update. In terms of the games that have already been updated, the finish of some games like Assassin’s Creed: Origins is outstanding, as 4K and the powerful HDR system turn it into one of the platform’s most visually stunning games. Other titles that look especially good with this resolution are EA’s sport games. Both Madden and FIFA are updated to be used with 4K and the HDR technology.

All of this comes along with the supersampling feature that was developed to adapt the 4K image to 1080p if the player lacks a UHD TV, promising a higher graphics output than the native 1080p. However, we could not verify this because we used a 55-inch LG C7V TV. This is precisely where we find one of the downsides: the lack of a big launch alongside that of the console. Having a big brand as a luxurious companion for the Xbox One X’s cutting edge technology would have surely enthused those users wanting to go from an Xbox One to an Xbox One X.

The Xbox One X is a clearly superior platform in comparison to its predecessor, making it the most powerful console ever created. This behemoth has a €500 price point, which is a fair price if we take into account its capabilities. Moreover, it has a visual finish that looks smaller, more elegant and convincing; it has an improved (although it can be further improved) interface and a keen commitment to 4K, which is justified not only when playing games, but also when playing a UHD Blu-ray and streaming multimedia content in this resolution. The first games updated to be played in this resolution make an evident difference visually, and we expect a lot of updates and options from this moment on. As a piece of hardware, there is little we can criticize the Xbox One X for in terms of its finish and its capabilities, and beyond the doubts that it can raise by not knowing if buying it is recommended for those not having a 4K TV (it will depend on the developers and the improvements they make for their games beyond resolution and HDR). The big ‘but’ after its launch is found precisely on what should go along with the platform: the games. Without a big launch to go hand in hand with the device, its sale might look dull. However, it is true that we might overlook this fact by watching how Gears of War 4 works on the new Microsoft’s behemoth while we wait for the Forza 7 update.