Except for some EVGA specific models, until now we had not seen any GTX TITAN X with dissipation design different from the NVIDIA reference model, that’s why we are surprised by the announcement of the new and impressive ZOTAC GTX TITAN X Artic Storm.

This is a triple fan ventilation system version of the TITAN X which should already keep the GPU cool, but if that’s not enough and we want even more cooling, it includes its own integrated water block in order to connect to a liquid cooling circui.t By uniting all in one same board, it is understood that it’s thickness will be triple slot. In return, we will get 1026 MHz base speeds. 1114 MHz with Boost and 7 GHz for the memory.

It is still a render and we haven’t seen the final model yet, but we’ll see if th company brings this model to the Computex so we can see it in all its glory. 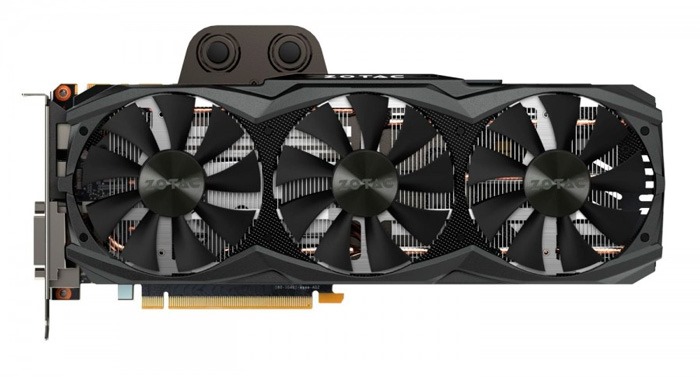