PC gaming now represents a large percentage of the gaming industry’s market share and has inspired many companies to manufacture accessories and peripheral devices for this segment of the market. The plethora of products being offered however are not all of equal quality. Low-price gaming mouse have a “gamer” look to them, but do not offer the build-quality, pointer precision and customization many gamers are looking for. 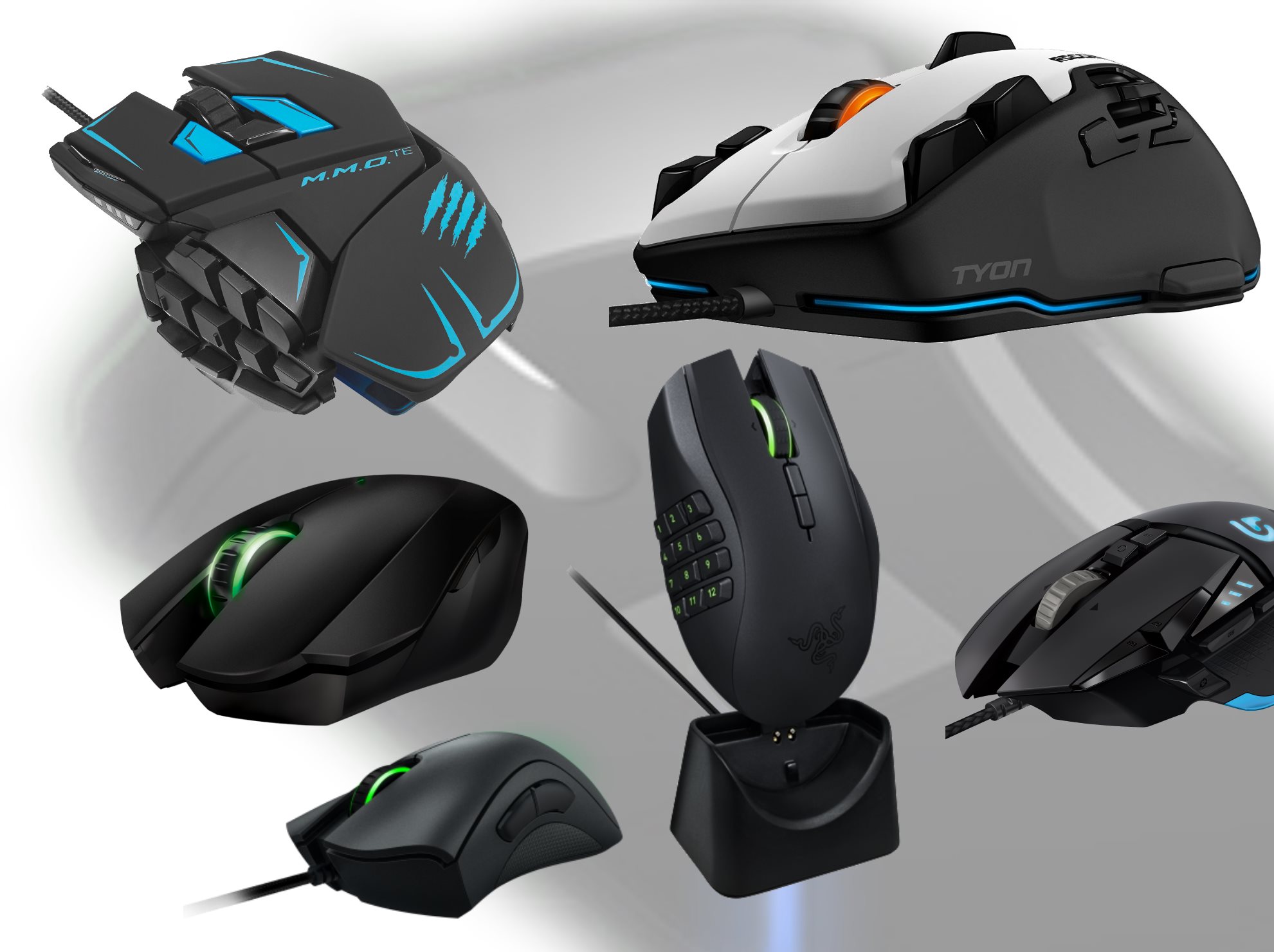 After all, the mouse is the main control device for PC gamers. If Sony, Microsoft and Nintendo invest so much time and money in developing their game system controllers, it is because the controller is the essential element in determining the quality of the user’s experience. As far as PCs are concerned, there are some manufacturers which dedicate the same amount of time, energy and ingenuity to developing the ideal gaming mouse, one which will allow a gamer to break records.

Therefore, a real PC gamer needs to pay as much attention to the selection of this crucial accessory as a jogger does to the selection of a pair or shoes or a tennis player does to choosing his or her racket. The quality of the mouse has a direct impact on gaming comfort: a poor quality mouse which is slow and erratic will lead to certain defeat.

There are in fact a number of differences between a conventional mouse and one designed specifically for gaming. An entry-level office mouse can take up to 38 ms to process the information from its sensors and transmit that information to the CPU, whereas a gaming mouse tends to approach a processing time of 1 ms. This difference in responsiveness can be crucial for some games. While it is true that some high-end office mouse are good enough for gaming, a specialized mouse offers gamers more control and improves the game play experience by providing shortcut buttons and variable sensitivity for example.

Every year, new gaming mouse see the light of day, and make the game play experience a little bit better each time by introducing more or less useful innovations. Here is our selection of gaming mouse for 2017 accompanied by an updated version of our buyer’s guide which will help you to decipher the most popular technologies and understand the criteria that make a real difference. Hopefully, it will allow you to find the perfect mouse to suit your needs and personal preferences.

Choosing a mouse is a very personal decision. One gamer’s favorite mouse will probably not be the same as another’s. Weight, surface texture (which has an impact on how much a user’s hand sweats), shape and build-quality all greatly influence how a user feels about a mouse.

What type of gamer are you?

Before doing anything else, ask yourself: “what type of gamer am I?”

MMO and / or RPG Gamers

MMO and / or RPG players should choose a mouse with many programmable buttons. Some mouse have more than 30! Certain models will even allow you to program several profiles (wizard, warrior, elf, etc.) and to switch between them with the press of a button. Moreover, most gaming mouse offer players predefined (and specific) profiles for MMO and RPG games to avoid the need for the gamer to spend hours programming all of the buttons for each different game. All modern gaming mouse make it possible to change the sensor’s resolution for each game and to suit the gamer’s particular preferences. Fans of real-time strategy games (RTS) often enjoy using a mouse designed for MMORPG such as the Corsair Scimitar Pro RGB (More information on Amazon), the Asus ROG Spatha (More information on Amazon) or the SteelSeries Rival 500 (More information on Amazon) which each have around ten programmable buttons on the side in reach of the player’s thumb; they are very useful in games like World of Warcraft or Star Wars: The Old Republic which require the player to manage many different aspects of the game at the same time. 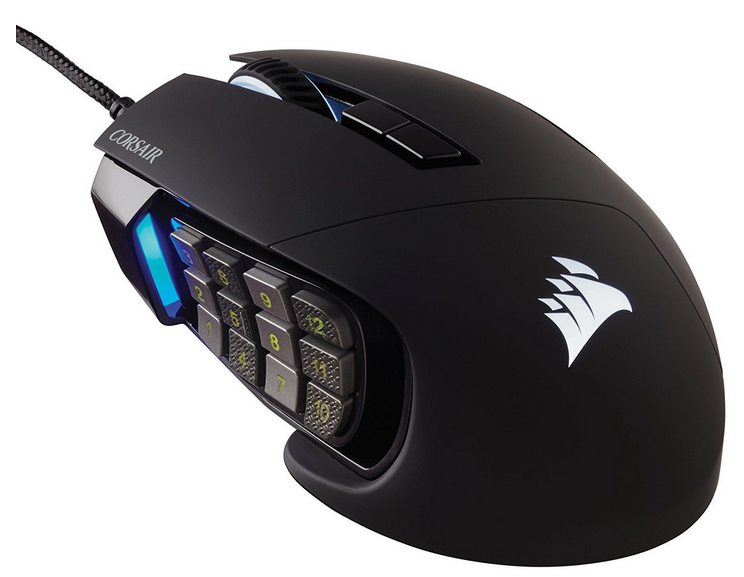 For FPS games (first person shooter), choose a mouse which allows the sensitivity to be changed quickly and easily, not only to suit your playing style, but also to adapt to the game’s action. Nowadays, many gaming mouse have a “Sniper” button which decreases the mouse sensor’s resolution (in DPIs) when pressed in order to slow down the cursor’s movement and increase precision when aiming the rifle through a sniper scope. The ability to change the sensor’s resolution on the fly has become one of the key features of gaming mouse. 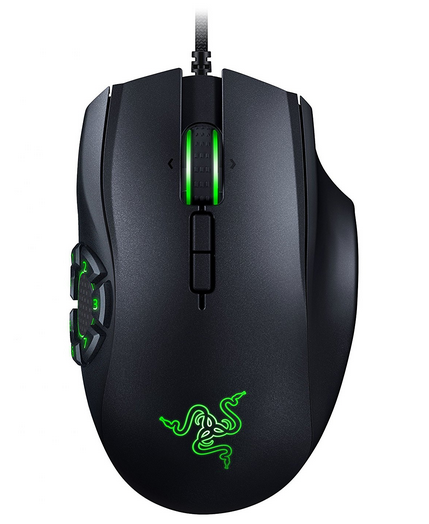 If you are a casual gamer and you use your PC for other types of activities besides gaming, you should probably opt for a less sophisticated and more flexible gaming mouse, capable of performing well under gaming conditions while being comfortable and precise enough to perform more conventional tasks.

WHAT YOU SHOULD REMEMBER:

There exists a different type of mouse for every type of gamer. Certain models offer a lot of programmable buttons and are geared towards RPG and MMO gamers, while other are designed for FPS players, putting more emphasis on making the mouse easier to hold, at the expense of fewer buttons. Others still have been designed for MOBA gamers and are halfway between the two previously mentioned mouse in terms of the number of buttons.

According to “hardcore gamers”, only wired mouse are worth gaming with! The idea that a wireless mouse is less responsive than a wired one has ancient origins.

For several years now, the response time of wireless gaming mouse has been on the order of 1 ms, the same as a wired mouse – with its 2 meter long cord. Just to clarify, remember that a 60 Hz display refreshes its image in 16.67 ms and that the average human response time is often over 200 ms. We will speak more about “Polling Rate” later on, but it is essential to realize that the human nervous system is incapable of telling the difference between a 500 Hz and a 1000 Hz sensor.

No, the real handicap of wireless mouse lies elsewhere: in their autonomy. Video games make extensive use of the mouse which does not leave the device any time to rest and to enter sleep mode as it would under other circumstances. As a result, the vast majority of wireless gaming mouse run out of battery charge after less than 10 hours of game play – requiring them to be recharged. Obviously, running out of battery power right in the middle of the action is a scenario no gamer wants to experience! 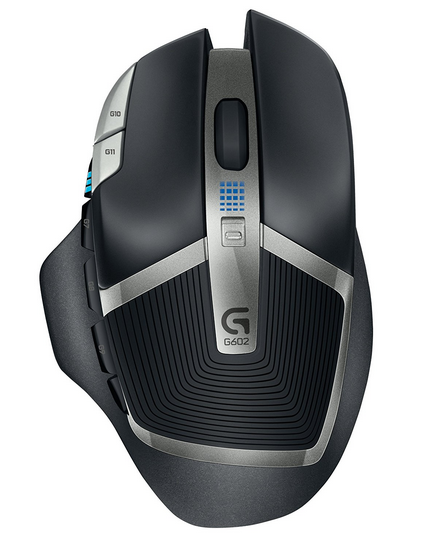 It is important to remember that you can not trust the autonomy values quoted by the manufacturers which are always very positive – not to say unrealistic. In reality, since gaming demands intensive use for hours at a time, in order to get a realistic estimate of a mouse’s autonomy, the quoted value should be divided by two.

However, the “autonomy” argument is in the process of being rendered moot for two reasons: